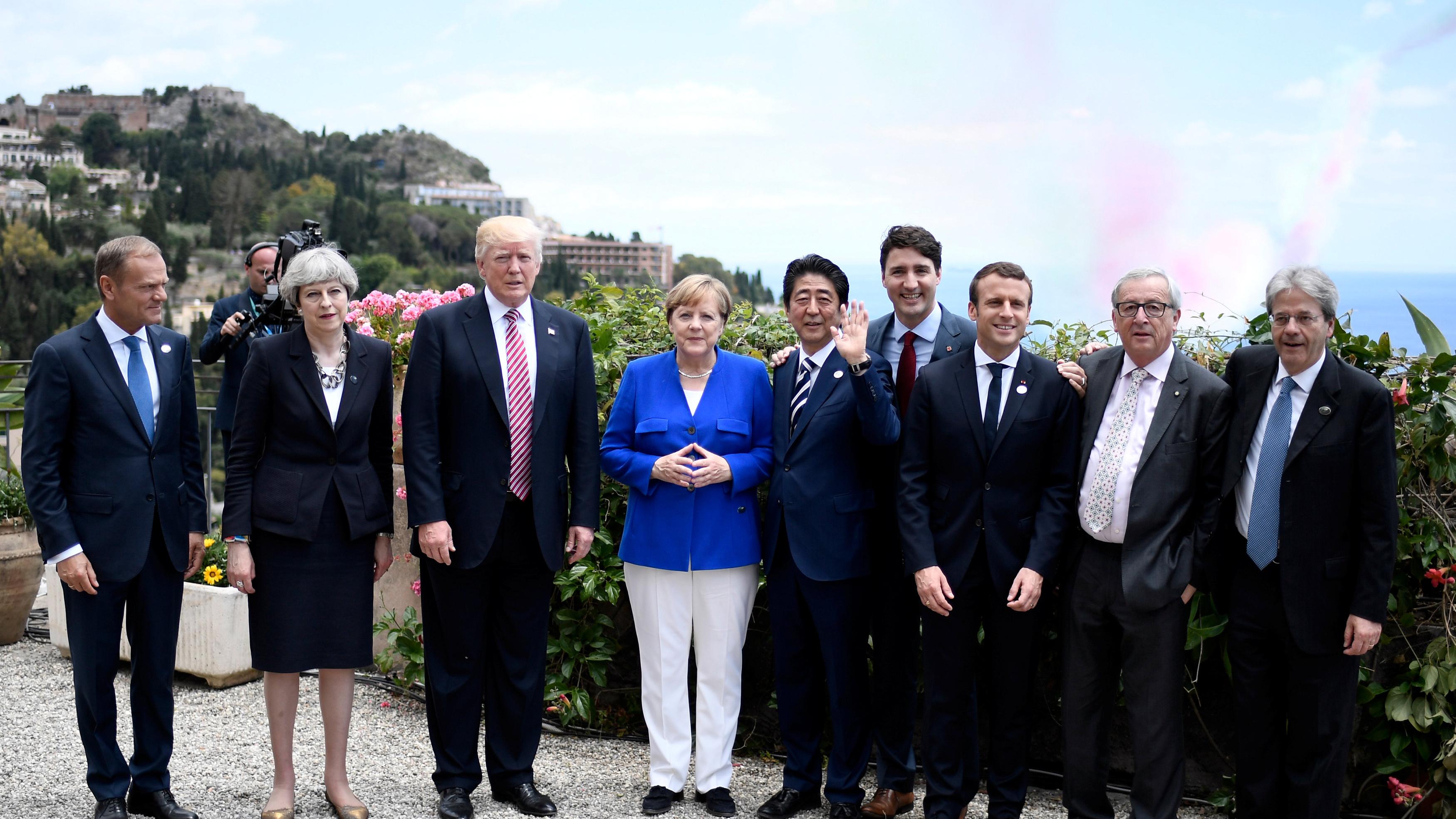 President Trump “headed home on Saturday to confront a growing political and legal threat, as his top aides tried to contain the fallout from reports that his son-in-law, Jared Kushner, is a focus of investigations into possible collusion between Russia and the president’s campaign and transition teams,” the New York Times reports.

“The White House canceled a presidential trip to Iowa in the coming days and was putting together a damage-control plan to expand the president’s legal team, reorganize his communications staff and wall off a scandal that has jeopardized his agenda and now threatens to engulf his family.”

KELLYANNE is cracking the whip within the party, telling Republicans on Hill and nationally to rally, not grumble https://t.co/EHtCqOoO2r

Ryan Lizza: “One of the overlooked aspects of yesterday’s news that the F.B.I. is interested in Jared Kushner, President Trump’s son-in-law, is that Kushner played a role in the firing of James Comey, the former F.B.I. director. Kushner is not formally a target of the F.B.I.’s sprawling investigation, but I was reminded of his role in Comey’s removal while discussing Kushner with a person close to Comey. The former F.B.I. director is known to have drafted a series of memos about his interactions with Trump, and—importantly—with other White House and Administration officials. Whether Kushner is mentioned in the Comey memos is not known.”

“Some of the commentary about these Comey memos has suggested that they were simply personal notes that weren’t shared widely at the F.B.I. That is not the case.”

Said a source close to Comey: “The Bureau has them all. They’ve always had them all. That’s another thing that people sort of missed the point of. These memos weren’t just some personal little effort on the part of Jim. He was the tip of the operation, and knew it, and really felt accountable to the rest of the people around him to tell them what is going on and help them be a part of the decision-making on what he should say and do.”

Whatever crimes the prosecutor charges the Trump campaign with, Trump's impeachable offenses are manifest. https://t.co/cFIH9qDH8N

“Amid mounting questions at the White House about Russia, three prominent members of President Trump’s family — his sons Eric Trump and Donald Trump Jr., and Eric’s wife, Lara — have ramped up their engagement with the Republican Party’s national political operation, having met privately with GOP leaders to share their concerns and outlook,” the Washington Post reports.

“Their appearance at the RNC irked at least two prominent Republicans who were briefed on the session, who wondered whether it was appropriate for the president’s sons, who run the Trump family real estate business, to be highly involved in discussing the party’s strategy and resources.”

Taliesin Meche, 2016 graduate of Reed College, was murdered yesterday while defending strangers from racist abuse. A role model and a hero. pic.twitter.com/H2lZCsxkyA

Former acting CIA director John McLaughlan responded to reports that Jared Kushner “discussed setting up a secret communications line between Trump’s transition team and the Kremlin, saying if such reports are true, it would be considered espionage,” The Hill reports.

Said McLaughlan: “I don’t want to overstate this because obviously there is a lot we don’t know… But I can’t keep out of my mind the thought that, if an American intelligence officer had done anything like this, we’d consider it espionage.”

Mike Allen: “A hot theory is that Trump can’t clean house because those inside know too much to be let go, and outsiders (beyond old campaign hands) can’t be trusted with what they’d learn.”

“Jared Kushner had at least three previously undisclosed contacts with the Russian ambassador to the United States during and after the 2016 presidential campaign,” seven current and former U.S. officials told Reuters.

“The new information about the two calls as well as other details uncovered by Reuters shed light on when and why Kushner first attracted FBI attention and show that his contacts with Russian envoy Sergei Kislyak were more extensive than the White House has acknowledged.”

Politico: “Now that Trump’s current and former aides and allies officially know a probe exists, they’re responsible for preserving all available information that might be relevant. That’s a task complicated by the rise of auto-delete apps like Confide, Signal and WhatsApp, as well as the move his campaign staffers have made into the White House.”

“Hanging over them all: any failure to keep track of emails, messages and other records could expose them to criminal charges down the line.”

If Hillary Clinton's son-in-law wanted secret back channel comms with the Russians, I and every other GOPer would be going full nuclear.

“Pulling out of Paris is the biggest thing Trump could to do unravel Obama’s climate policies. It also sends a stark and combative signal to the rest of the world that working with other nations on climate change isn’t a priority to the Trump administration. And pulling out threatens to unravel the ambition of the entire deal, given how integral former President Obama was in making it come together in the first place.”

Washington Post: “Some White House aides have discreetly discussed among one another whether Kushner should play a lesser role — or even take a leave — at least until the Russia-related issues calm, but they have been reluctant to discuss that view with Kushner himself, and Kushner’s network of allies within the West Wing has rallied behind him.”

“Those close to Kushner said he has no plans to take a reduced role, though people who have spoken to him in recent weeks say that he is increasingly weary of the nonstop frenzy.”

From the Los Angeles Times: “Trump’s image as an outsider continued in Italy on Friday at the G-7 meeting in Taormina, Italy, where the distance between Trump and the others was as much physical as political. The presidents, chancellor and prime ministers of France, Germany, Italy, Japan, Canada and the United Kingdom walked the streets of Taormina. Trump followed in a golf cart.”

What a lazy fat ass Trump is.  Get up and walk you non-exercising piece of shit.   Low energy Trump.  No Stamina Trump.   Limp Trump.

Biden: "It's time for America to get up, it's time to regain our sense of unity and purpose and remember who we are" https://t.co/h5VN9bY6lR