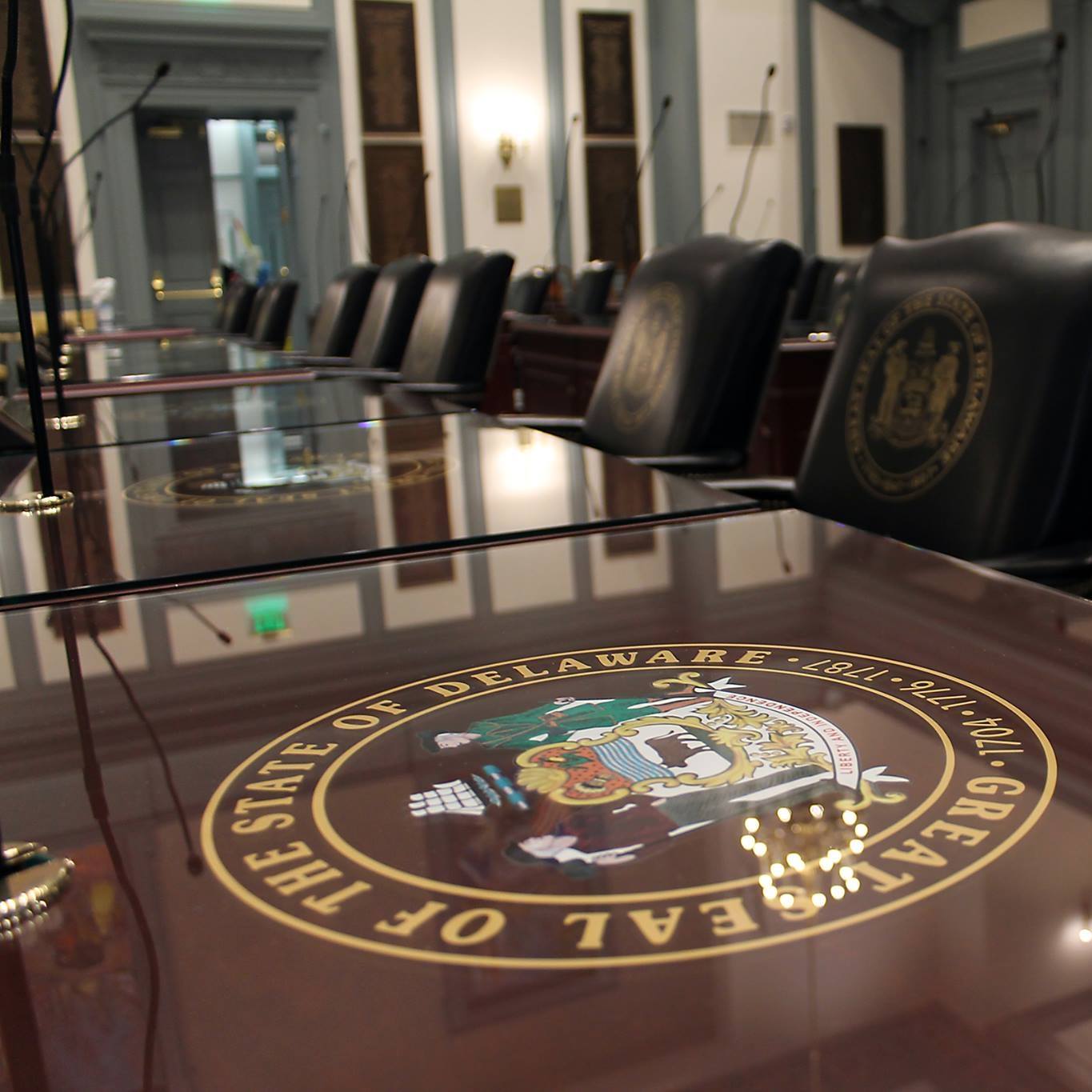 The Art of the Deal….Dillio

(copyright prevents the use of the word “Deal”)

So, what really happened regarding the Estate Tax Repeal in Delaware?

In one phrase: back door politics. In a move out of a movie from the fifties, our legislators crafted a deal amongst the leadership from both parties in a quiet room in Legislative hall down in Dover. The end result of that deal, essentially, would be that both parties would get a piece of legislation passed that they wanted, but could not do on their own. The Republicans wanted a full repeal of the Estate Tax, and the Democrats wanted an increase in the Corporate Franchise Tax (this is a tax on shell companies that don’t operate in DE, but use us as their home state none the less). It needs to be known though that in order to get any tax legislation passed there has to be a 3/5 majority vote, and neither party has those kinds of numbers in the State Senate (the Democrats may be able to pull that off in the House). So, in order for any tax legislation to be passed in a quick manner, we have to reach across the aisle and compromise, and sometimes that means striking a deal. However, how this is done, with what level of transparency, and what the deal ultimately ends up doing is paramount in striking a deal; and in those regards this particular deal was a catastrophe from beginning to end. Which brings us to the Art of the Dillio.

Brokering a deal is a vital part of getting things done in any environment, but it needs to be done intelligently and strategically. First rule of thumb would have to be to only ask for something you don’t think you could get in any way other than this kind of full turn around backscratchers delight of a deal. In this Estate Tax V Corp Tax deal, the Republicans did this full on and in a very well thought out manner. There is no way, in a sane frame of mind, that a Democrat would vote for a full repeal of the Estate Tax in a time when the economic inequality of our nation is on the front burner; it’s practically political suicide. That means that the Republicans would only pull out that ask when they know the Democrats are desperate to gain something in return. The Democrats however, did not abide by rule number one. It is very likely that with enough pressure, the Republicans would have ended up supporting the increase in the Corporate Franchise Tax as it generates millions of dollars in revenue, has been approved by the business community, and Republican voters are now just as mad at large greedy Corporations as anyone else. The Republicans would not have suffered at the polls if they supported the Corp Tax increase; the Democrats on the other hand will likely suffer to some degree for repealing the Estate Tax in exchange for something like the Corp Franchise Tax. Now, if they had followed rule number one, and asked for something like the additional top income tax brackets that Republicans are never going to support, maybe they would have been able to come out looking like strong negotiators.

Which brings us to the second rule of thumb in the Art of Deal.. oops, Dillio: Control the narrative of the deal with regards to the public. If you are going to make a deal that could potentially make your side look absolutely horrendous, you better have a great PR staff standing by. Republicans have nothing to be ashamed of in this deal, as repealing the Estate Tax has been part of their platform for years and, again, the Corp Tax increase was a no brainer in this economy and political climate. The Democrats however, just broke one of their cardinal principles: No tax cuts for the rich. Yet, they have done very little to nothing to try and show their side of the deal, or to combat the narrative that they made a terrible deal behind closed doors. Instead, they assume that the electorate knows the whole story, and that the math stands on their side. While technically the math does stand on their side, the vast majority of the electorate doesn’t know, or understand the math of this deal. Simply put, the Estate Tax in DE was a weak law at best. There were many loopholes that allowed people to get away with passing down their wealth without hitting the $5.4 million mark that initiated the tax. In the most profitable year of the tax we pulled in $9.4 million, but that scenario is not likely to ever be repeated in the near future. In all likelihood, we would be losing between $3-5 million a year in revenue by repealing it. Whereas, the increase on the Corp Franchise Tax will annually generate a steady revenue stream of around $110 million, or more. So, dollar for dollar, the math of the deal was solidly in favor of the Democrats. Particularly, when everyone is panicking about the cuts to education and upset about the large corporations taking advantage of our state. The math, however, was never the problem with the deal; the problem lied in principle and transparency.

Which brings us to our final, but not last, rule in the Art of the Dillio: Don’t ignore your constituents. If you find yourself making a deal that is unpopular, be prepared to state your side of the deal to your constituency in a well prepared and relevant way. This is one area that Democrats seem to be faltering on left and right, especially on the national scene. The Democrats are acting as though they can either a) ignore the electorates anger and hostility, b) redirect the frustration, or c) blame someone else entirely, and then everything will be okay. However, we are seeing more and more, that the vast majority of the public are not idiots, they are plugged into the political scene more than ever, and they are tired of being treated like children. Right now, the only side talking about this deal is the opposition to it. Left unanswered, the electorate is going to get more and more upset, and more and more blood thirsty, and election season is right around the corner. If you truly think that this deal was in the best interests of the public, it would be wise to come out and tell your side of the story, and try to make your constituents understand. Otherwise you may find yourself without a job in a year.

Was this a great deal? No, not by a long shot. Was it in the benefit of the people? Well that can be debated, we are up in revenue by at the very least $100 million dollars a year, and that is money that can be used to counter some of the devastating cuts that we are facing this year. However, without those extra tax brackets it remains to be the “shared sacrifice” that we were promised, and continues to be hitting the middle class harder and harder as time moves on. Do all these Democrats deserve to be booted out of office for supporting this deal? Probably not. One issue should not destroy a good politician, but if this trend continues for the same politicians over and over on multiple issues, then yes, they should have to answer for that. That is just the way politics works. No one should be held to a purity test, but if you are faltering on issue after issue, why should the electorate keep you around?