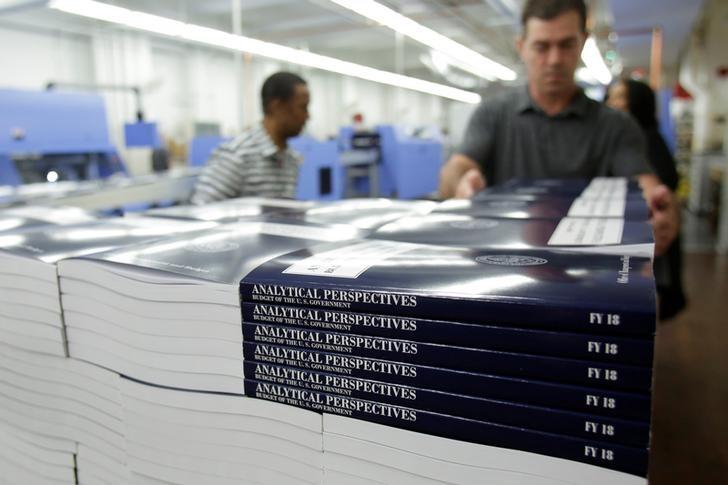 “President Trump’s first major budget proposal on Tuesday will include massive cuts to Medicaid and call for changes to anti-poverty programs that would give states new power to limit a range of benefits… despite growing unease in Congress about cutting the safety net,” the Washington Post reports.

“For Medicaid, the state-federal program that provides health care to low-income Americans, Trump’s budget plan would follow through on a bill passed by House Republicans to cut more than $800 billion over 10 years. The Congressional Budget Office has estimated that this could cut off Medicaid benefits for about 10 million people over the next decade.”

“The White House also will call for giving states more flexibility to impose work requirements for people in different kinds of anti-poverty programs, people familiar with the budget plan said, potentially leading to a flood of changes in states led by conservative governors.”

Jared Kushner, “who is emerging as a singularly powerful figure in the Trump White House, is keeping nearly 90 percent of his vast real estate holdings even after resigning from the family business and pledging a clear divide between his private interests and public duties,” the Washington Post reports.

“The value of his retained real estate interests is between $132 million and $407 million and could leave him in a position to financially benefit from his family’s business.”

A new Washington Post-Schar School poll in Virginia finds Ed Gillespie (R), who has a wide lead in the Republican party’s three-way primary race, trails both Democratic candidates for governor by almost identical margins: Tom Perriello (D) by 50% to 37%, and Ralph Northam (D) by 49% to 38% among registered voters.

“Republicans on Sunday inched away from President Trump amid mounting evidence that he may have sought to interfere in the federal investigation into Russian meddling in the 2016 election,” the New York Times reports.

“In a sign of growing anxiety, several important Republicans expressed discomfort with Mr. Trump’s firing of the F.B.I. director, James B. Comey, who had been leading the agency’s inquiry into whether Mr. Trump’s associates colluded with Russian officials. But the Republicans stopped short of explicitly criticizing Mr. Trump.”

“The Trump administration, in a significant escalation of its clash with the government’s top ethics watchdog, has moved to block an effort to disclose the names of former lobbyists who have been granted waivers to work in the White House or federal agencies,” the New York Times reports.

“The latest conflict came in recent days when the White House, in a highly unusual move, sent a letter to Walter M. Shaub Jr., the head of the Office of Government Ethics, asking him to withdraw a request he had sent to every federal agency for copies of the waivers. In the letter, the administration challenged his legal authority to demand the information.”

“Dozens of former lobbyists and industry lawyers are working in the Trump administration, which has hired them at a much higher rate than the previous administration. Keeping the waivers confidential would make it impossible to know whether any such officials are violating federal ethics rules or have been given a pass to ignore them.”

“The unpredictable investigation into Russian meddling in last year’s presidential election, now reportedly reaching into President Trump’s White House, could land like a political nuclear bomb on the Republican Party in 2018,” the Washington Examiner reports.

“That’s what worries Republicans in Congress now. They had initially expressed relief about the Justice Department’s appointment of former FBI Director Robert Mueller as special counsel to lead the inquiry, believing that it might free them, and voters, to focus on their ambitious legislative agenda.”

Jonathan Swan says Trump wanted a government shutdown: “Publicly, President Trump didn’t seem overjoyed when, earlier this month, he signed a $1 trillion bill to keep the government open. Privately, his mood was much, much worse.”

“When the spending bill had been negotiated and finalized, White House chief of staff Reince Priebus phoned the former House Speaker John Boehner and told him the president doesn’t like how the negotiation came out and is thinking about vetoing the bill. Boehner has told associates that Priebus asked him if he could talk Trump into signing the spending bill. Boehner said he would.”

As @brianbeutler says, fact that special counsel will now look at circumstances around Comey firing is now central: https://t.co/59VDrNlycX

“The party is running military veterans in competitive congressional districts across the country: Fifteen veterans have already launched 2018 House campaigns, and 10 more may enter races by this summer, Democratic officials say,” the Wall Street Journal reports.

“In addition to framing their campaigns as a continuation of their national service, the veterans allow the Democratic Party to appeal to segments of the electorate that have fled the party in recent elections. It recalls their strategy in 2006, when they took control of the House by fielding candidates who could appeal to voters in more conservative districts.”

This is virtually identical to what Trump and others in GOP criticized Clinton Foundation for. https://t.co/AcwddFeuYW

For Democrats, special elections may be preview of 2018 campaigns

Democrats are heading into the homestretch of three special elections over the next month amid a national frenzy over the investigation into the possible connections of President Trump’s 2016 campaign and Russian interference in the election.

Yet in all three races, Democrats have made a tactical decision not to turn the contests into a referendum on Trump’s alleged scandals and instead are focusing on policy decisions by the president and congressional Republicans.

Democratic strategists privately say that this might be the recurring theme through the November 2018 midterm elections. Democrats say that they have learned a lesson from the 2016 elections, in which House Democratic candidates relentlessly focused their campaigns on trying to tie Republican incumbents to the personal scandals of Trump or some of his more outlandish policy statements.

The Spring of G.O.P. Discontent

First, most of what the Republicans are hoping to do simply isn’t popular. Big tax cuts for the rich and even for major corporations, which are more justified substantively, aren’t popular. Enormous budget cuts aren’t popular. Replacing Obamacare with something resembling the health care bill the House passed, recent polling shows, would be horrendously unpopular.

Second, Mr. Trump is unpopular. It’s still too early for post-Comey fallout polls, but right now his approval rating is at just under 40 percent. He got 46 percent of the popular vote last November. That means he’s lost 13 percent of his voters. If he gets down to the mid-30s, he will have lost around a quarter of his own voters — who were, remember, a minority to begin with.

Numbers like that make doing big things difficult. Ronald Reagan was above 60 percent when he signed that tax bill in October 1986 (his rating quickly plummeted the next month, when the Iran-contra affair broke). When you’re at 60 percent and you tell America that your tax bill is great and should pass, that’s one thing. When you’re at 40 percent and half the country thinks it’s scandalous that you’re even still the president, that’s another.