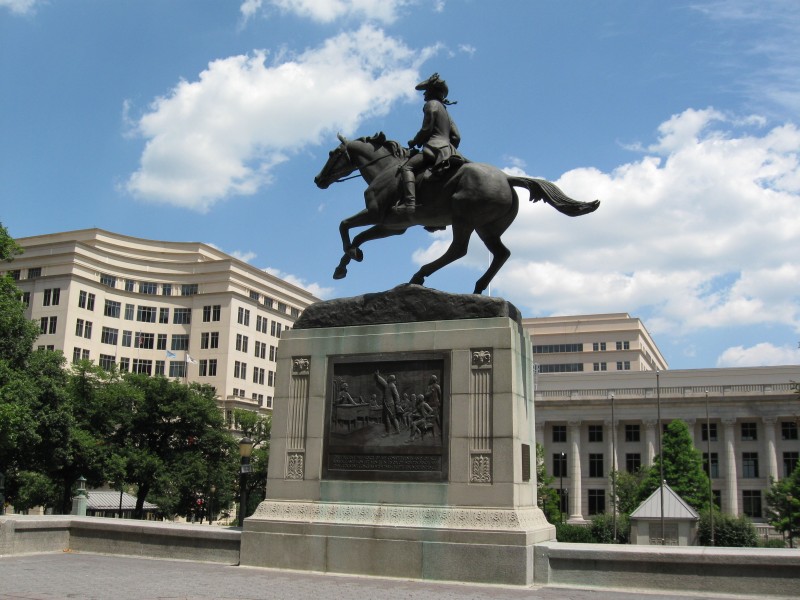 The Caesar Rodney Equestrian Monument, in Rodney Square in Wilmington. The monument is most famous for being depicted on Delaware’s state quarter in 1999. The statue was dedicated in 1922 and was designed by James Edward Kelly, who also designed the William McKinley Memorial on Park Drive, and designed several monuments in Gettysburg National Military Park. The bronze tablets on the base were finished in 1925.