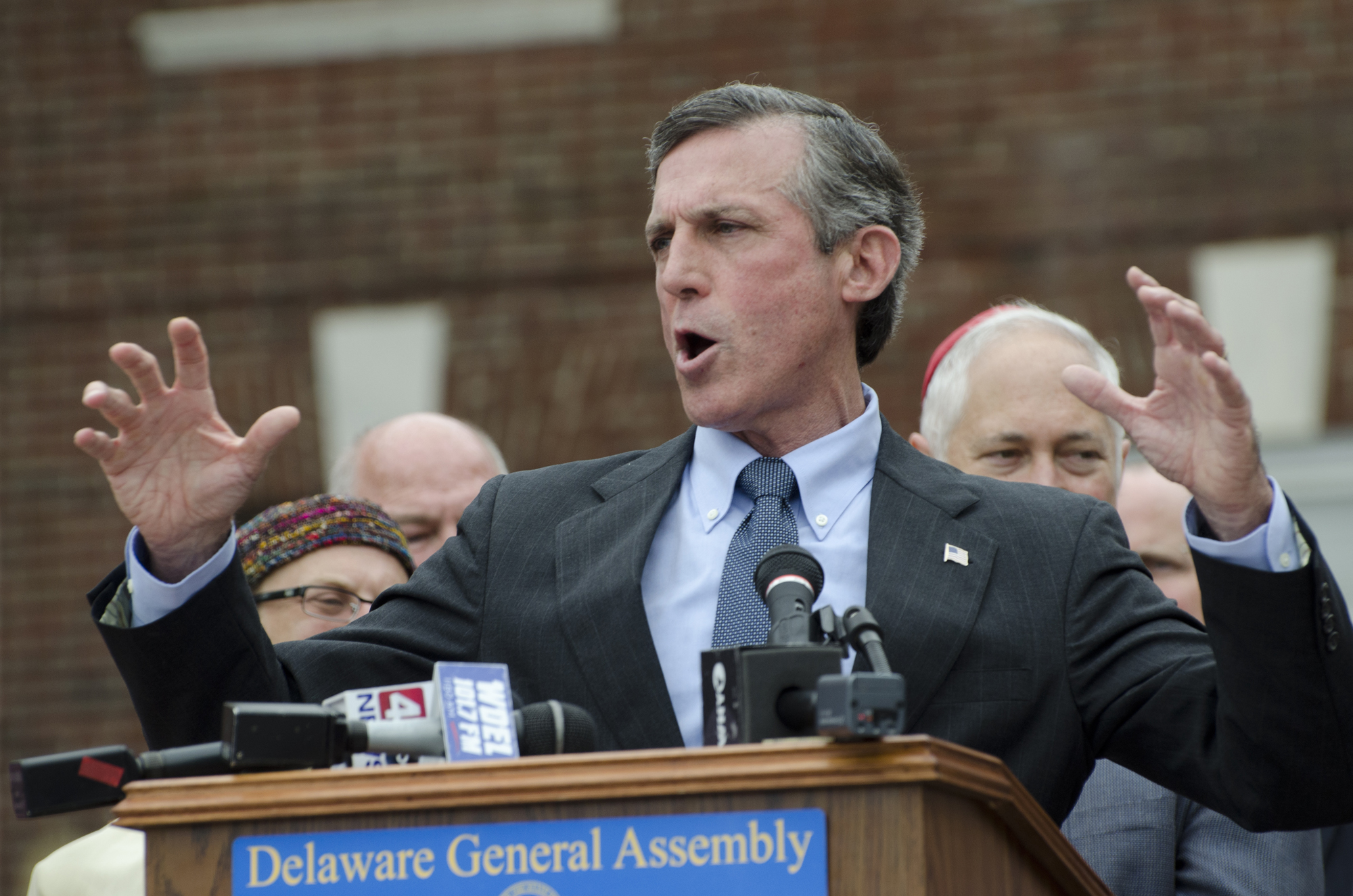 We have a lot of action this week, so grab a drink and sit down.   HB110, the Legalization of Marijuana, has been released from Committee and is on the Ready List.   Some think its future may have been told by what 10 Senators did on SB24, but as I will explain, the two are not related.   To get you up to date, SB24 is/was a bill to expand Medical Marijuana to cover several new conditions like “debilitating anxiety, including generalized anxiety disorder, panic disorder, obsessive-compulsive disorder, and social anxiety.”  The bill was supported by veterans who said the pharmaceuticals that are often prescribed to treat their PTSD are addictive, have painful side effects and don’t work.   But some medical groups, like the Delaware Medical Society and the Delaware Psychiatric Association and the Delaware Healthcare Association said the research showed that marijuana doesn’t help treat anxiety, and indeed could actually exacerbate the conditions.

HB113, which would making the Earned Income Tax Credit Refundable on your taxes in Delaware, passed the House 34-6-1.  As you can see if you click through on the bill link, this vote had some surprising no votes in Bennett, Collins, Jaques, K.Williams, Kowalko, and Matthews.  I assume that, for four of these six no votes, the reasoning is that the bill did not go as far as progressives would want, given that all four voted no on an amendment to the bill that reduced the rate by 0.1%. In voting and in legislation, never let the perfect become the enemy of the good.   Purism has no place.  Why? Because all anyone remembers is that four progressives voted against making the EITC refundable. No one cares why.

SB65, the bill to ban Gay Conversion Therapy in Delaware, has been released from committee and it is ready for a vote in the Senate.

HB120,the Jimmy Carter Cancer Bill that would end the horrible insurance company practice of forcing those patients diagnosed with Stage 4 metastatic cancer to first fail a series of treatments before getting approved for cutting-edge therapies, has passed the House 40-0-1.  It goes to the Senate.

HB125, the bill to reinstate the death penalty, passed the House 24-16.   Its in the Senate Judiciary Committee in the Senate.  Let’s pause and game out that vote for a second.  Last year, the repeal of the Death Penalty passed the Senate 11-9 with one absent.   The votes were as follows:

As you can see, there have been some changes.  Blevins was defeated by Anthony DelCollo (R), who is pro-death penalty.  Bethany Hall Long, a vote supporting the death penalty last year, was replaced by Stephanie Hansen, who has said the General Assembly should not reinstate the death penalty.   Finally, Jack Walsh replaced Karen Peterson, so where does he stand?  He has given two different answers:

Walsh told Delaware Public Media “I’m in the neutral stage right now,” saying he wanted to hear testimony on the floor in light of the recent killings of state police trooper Steven Ballard and correctional officer Steven Floyd.  That’s despite Walsh telling Delaware State News in December he would vote against a bill to reinstate the death penalty.

SB41, one of the AG Denn’s Opioid Crisis bill that guarantees 14 days of treatment in a rehab facility before any review by an insurance company can begin, has passed the House 38-0-2-1 after passing the Senate 20-0-0-1.   It goes to Governor Carney for his signature.  HB100 and HB91, the second and third part of AG Denn’s Opioid Crisis bills have been released from their Senate committees and are now on the Ready List in the Senate.

Another set of Opioid Crisis bills are advancing too.  SB44, 45 and 48 have all passed the Senate and are now on the House Ready List.   SB45 would place a new drug called Pink permanently on Schedule I.  SB44 would require a prescriber to register with the Prescription Monitoring Program within 90 days.  SB48 grants a prescriber immunity with respect to an anti-opioid treatment called Narloxone.

HB99, the bill that would limit a school tax credit for retirees in Delaware, has been released from its Senate committee and is now on the Senate Ready List.

HB90, the Early Voting Bill, has been released from Committee and is now on the Ready List.

HB55, the bill to raise the compulsory school attendance age to 18 from 16, has been reassigned to the House Appropriations Committee for reasons passing understanding after having been on the Ready List and after having been favorably released from the House Education Committee.   HB146, the bill to modernize the DMV by allowing electronic signatures, has been released from committee and is now on the Ready List.   HB35, which would attempt to regulate certain massage establishments that have become hotbeds of illegal activity, such as prostitution and human trafficking, by subjecting them to licensing and inspections, has been released from its committee in the Senate and is ready for a vote.

SB57, the bill to get you to clean the damn snow off your car before you speed down Rt 1 with a blizzard ton of snow on the roof, has been released from its committee in the Senate and is now on the Ready List.  HB114, the bill to increase insurance coverage minimums in auto insurance, passed the House 33-5.   It heads to the Senate.   HB122 and HB123 have both passed the Senate and are on their way to Governor Carney for action.  HB122 would create a new crime of committing assaults in a detention facility with a reckless state of mind.   HB123 would expand the list of felony-level contraband to include narcotics, prescription drugs, and items used to facilitate escape.