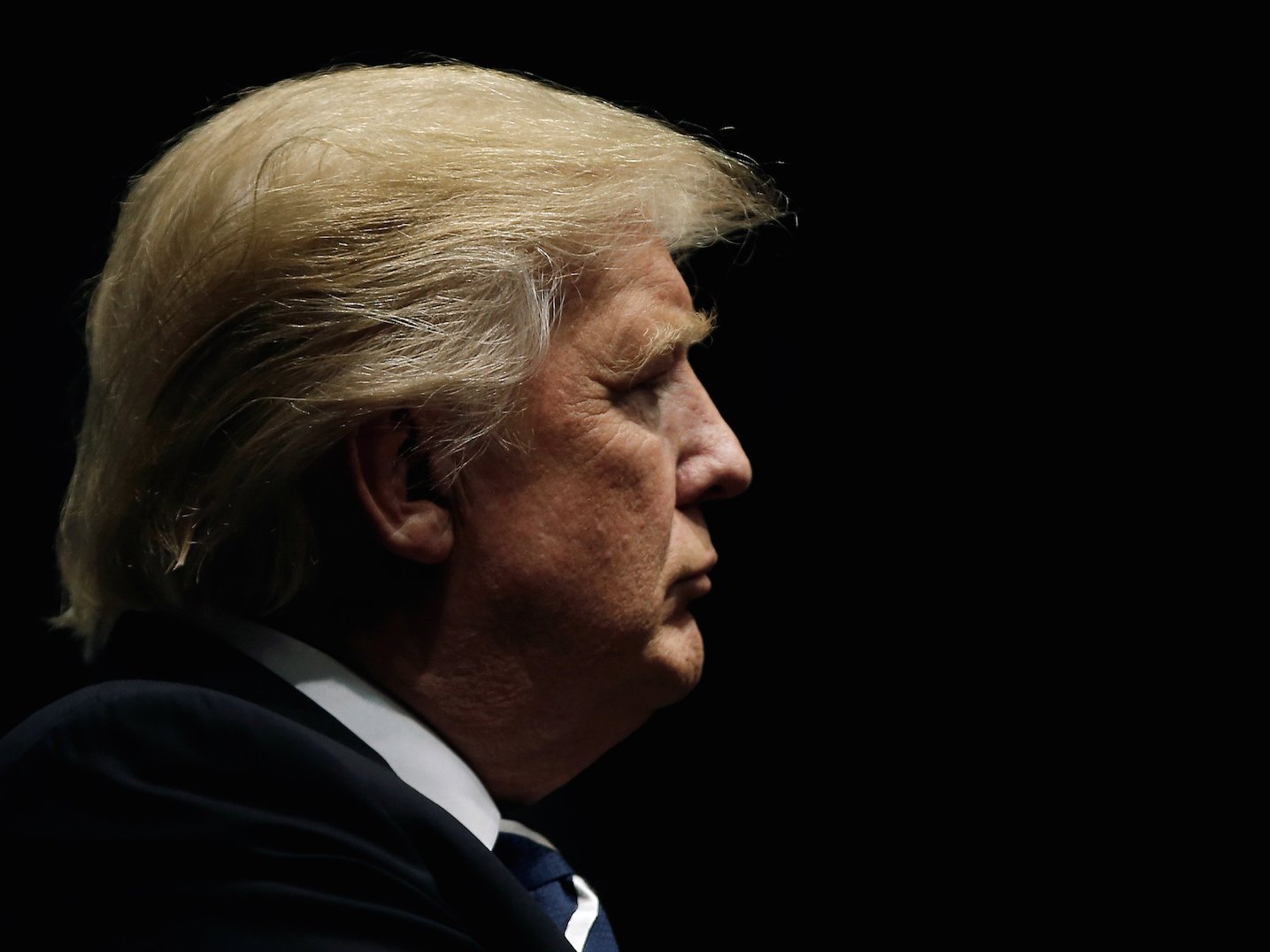 “After four months in office, President Donald Trump has become distrustful of some of his White House staff, heavily reliant on a handful of family members and longtime aides, and furious that the White House’s attempts to quell the firestorm over the FBI and congressional Russia investigations only seem to add more fuel,” the AP reports.

“Several people close to the president say his reliance on a small cadre of advisers as he mulled firing Comey reflects his broader distrust of many of his own staffers. He leans heavily on daughter Ivanka Trump and son-in-law Jared Kusher, as well as Hope Hicks, his trusted campaign spokeswoman and Keith Schiller, his longtime bodyguard.”

“Trump confidants say Bannon has been marginalized on major decisions, including Comey’s firing, after clashing with Kushner.”

New York Times: “Trump is growing increasingly dissatisfied with the performance of his chief of staff, Reince Priebus; the communications director, Michael Dubke; and Mr. Spicer, a Priebus ally, according to a half-dozen West Wing officials who said the president was considering the most far-reaching shake-up of his already tumultuous term.”

“With the White House in meltdown mode, top Republican Party officials and operatives gathered at a posh oceanside resort here and contemplated a 2018 midterm election that will test them in unimaginable ways,” Politico reports.

“The private talks over the three-day meeting pulled back the curtain on a Republican Party leadership grappling with a profoundly unstable White House. While some attendees shrugged off the firestorm surrounding the firing of FBI Director James Comey and put a positive spin on the latest Trump controversy, others conceded they were struggling to adapt to a a political moment without precedent.”

"The challenge to the American system seems more extreme than in that era, and the protective resources weaker." https://t.co/eBK39b9mBr

Benjamin Wittes: “The trouble is that while Rosenstein got what he wanted, Trump’s idea of correcting the record was to say publicly exactly the thing about a law enforcement officer that makes his continued service in office impossible: That Trump had used his deputy attorney general as window dressing on a pre-cooked political decision to shut down an investigation involving himself, a decision for which he needed the patina of a high-minded rationale.”

“Once the President has said this about you—a law enforcement officer who works for him and who promised the Senate in confirmation hearings you would show independence—you have nothing left. These are the costs of working for Trump, and it took Rosenstein only two weeks to pay them.”

“The only decent course now is to name a special prosecutor and then resign.”

In January, @peterelkind e-mailed James Comey, who politely declined his request for an interview, but did say this: https://t.co/atNssXnanu pic.twitter.com/CemC5zMU3D

@MaxBoot @johnwhuey my piece arguing the history of why the FBI should remain free of elected officials: https://t.co/XY609IqzgD

Democrats cannot filibuster, as that option no longer exists.  But we can shut everything down.  See below.

Will Ds use all their leverage to demand a special prosecutor? I talked to several Senators, progressive activistshttps://t.co/jcSwpQM9aA

“A Treasury Department unit that specializes in combating money-laundering will share financial records with an expanding Senate probe into possible ties between Russia and President Trump and his associates,” the Wall Street Journal reports.

Sen. Ron Wyden (D-OR), a member of the intelligence committee, said “that he is particularly interested in information about shell companies, money laundering and the use of property transfers that may be germane to the committee’s Trump investigation.”

New Yorker: “Casinos can make it remarkably easy to allow people, like drug dealers or corrupt oligarchs, to use funds they obtained illegally… Money launderers can avail themselves of other methods, such as buying expensive real estate through shell companies or slipping their ill-gotten money into cash-heavy business, like laundromats or pizza shops, or large banks. But those retail methods work best for relatively small amounts of money, and in the past two decades, government regulators in the U.S. and elsewhere have moved to prevent money laundering through the banking system. So casinos have become increasingly popular for the large-scale money launderer.”

Trump pick for USDA's top scientist is not one. He's an Iowa talk radio host & campaign aide who gave us Carter Page https://t.co/Tj8b9lz2Wl

Pew Research: “The black voter turnout rate declined for the first time in 20 years in a presidential election, falling to 59.6% in 2016 after reaching a record-high 66.6% in 2012. The 7-percentage-point decline from the previous presidential election is the largest on record for blacks. (It’s also the largest percentage-point decline among any racial or ethnic group since white voter turnout dropped from 70.2% in 1992 to 60.7% in 1996.) The number of black voters also declined, falling by about 765,000 to 16.4 million in 2016, representing a sharp reversal from 2012. With Barack Obama on the ballot that year, the black voter turnout rate surpassed that of whites for the first time. Among whites, the 65.3% turnout rate in 2016 represented a slight increase from 64.1% in 2012.”

"there are actually multiple inquiries in progress" https://t.co/NNCSA67D59

Although ousted FBI Director James Comey declined a request to testify before the Senate Intelligence Committee behind closed doors, a close associate tells the New York Times “he is willing to testify, but wants it to be in public.”

Asked “Do Democrats need a vision for 2018 and 2020? Or can they win just by running against Trump? (With the latest James-Comey-firing imbroglio, for example, there seems like plenty of material for Democrats to run on)” in a FiveThirtyEight chat, Nate Silver responds “For 2018, an anti-Trump/anti-GOP message should suffice. For 2020, they’ll need that plus something more affirmative…You might need an affirmative message if you were running against a super-popular Dwight D. Eisenhower-type of president and trying to make the case for why he needed some constraints on his power anyway. But the Democrats are running against Donald Trump. And Republicans already control both branches of Congress, in addition to the presidency. It’s not a hard argument to make.”

“Throughout Donald Trump’s business career, some executives who came to work for him were taken aside by colleagues and warned to assume that their discussions with the boss were being recorded,” the Washington Post reports.

Noting that “Democratic candidates in upcoming special elections to replace GOP House members joined their party’s chorus. Jon Ossoff in Georgia and Archie Parnell in South Carolina both called for a special prosecutor to lead the Russia investigation,” Bridget Bowman writes at rollcall.com that “Some Democrats said the Comey firing may be another piece of ammunition against Republicans as they look to win back the House. “From the health care bill, with virtually no public support, to these outright outrageous actions by the president around Russian interference, … I think all of this puts us in a better position in 2018,” Rep. Mark Pocan, D-Wisc., told reporters on a Wednesday press call with liberal groups…Rep. Ruben Gallego, who was also on the call, agreed with Pocan…“I think it’s going to have a lot of impact,” the Arizona Democrat said. “If you have a party that is essentially siding with Russians and the obstruction of justice, … they will end up paying the consequences.”

President Trump “has never shown any reluctance to sacrifice a surrogate to serve a short-term political need, so he apparently did not think twice this week about exposing a series of staff members to ridicule as he repeatedly shifted his explanation for firing James Comey, the F.B.I. director,” the New York Times reports.

“But his career-long habit of viewing his public protectors as somewhat disposable, on vivid display after Mr. Comey’s sudden ouster, has not exactly been an incentive to step into the firing line on his behalf.”

Noted former Obama adviser David Axelrod: “You wind up looking like a liar or a fool, neither of which is particularly attractive.”

Washington Post: In service to Trump, Pence keeps saying things that are not true.