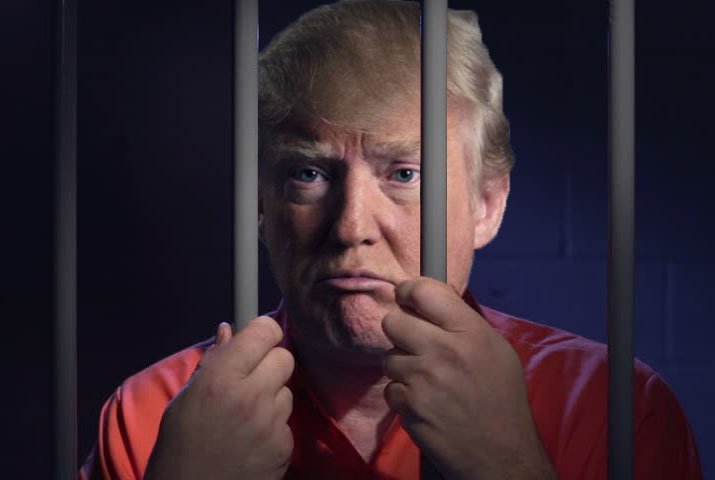 So it was going to happen eventually under a President Trump: a Constitutional Crisis that will lead to civil unrest and civil war if Congressional Republicans do not find some courage and patriotism within themselves to fight an authoritarian fascist dictator who just so happens to be a member of their own party.

So in an extraordinary move, President Trump has dismissed FBI James Comey on the recommendation of Attorney General Jeff Sessions, the New York Times reports.  Comey was leading an investigation into whether members of the Trump campaign colluded with Russia to influence the 2016 election.  Sessions was supposed to recuse himself from this type of decision.

Here are my thoughts on the Comey firing.

1) Comey was not fired for mishandling the Clinton Email Investigation, despite what the Deputy AG Rothenstein says, though he was correct in everything he said that Comey was wrong to hold a press conference and to send the letter on Oct. 28.

2) Comey was not fired for lying or misstating before Congress last week when he said Huma Abedin sent thousands of emails to Anthony Weiner when in fact it was only 2 emails, though he could have been fired for that and should probably be charged with perjury.

3) Comey was due to testify before the Senate Intelligence Committee on Thursday regarding the criminal investigation into the Trump Campaign’s collusion with Russia.

4) So make your own conclusions as to the timing.

5) The FBI Rank and File LOVE Comey, and they are pissed.

6) This all guarantees a Special Prosecutor.

Why was Comey fired?  Not because he was mean to Hillary.

This is why:  “Federal prosecutors have issued grand jury subpoenas to associates of former National Security Advisor Michael Flynn seeking business records, as part of the ongoing probe of Russian meddling in last year’s election, according to people familiar with the matter,” CNN reports.

“The subpoenas represent the first sign of a significant escalation of activity in the FBI’s broader investigation begun last July into possible ties between Trump campaign associates and Russia.”

It’s usually dangerous to compare things to Watergate. The Comey firing is an exception. https://t.co/jFivilyzan pic.twitter.com/ufDsIKJVJY

Sources with knowledge of discussions inside the White House tell Dana Bash at CNN that Trump and his team did not think firing Comey would be big political explosion. If this is true, Trump and his aides are the most politically incompetent people to ever sit in the White House.  I think they thought that if they cited reasons that Democrats agree with regarding Comey’s mistakes as FBI Director, then Democrats would either cheer the decision or consent to it. But we Democrats, while not liking what Comey did last year, did want to see what he found out in his investigation of Trump and Russia. And we trusted him to do that because it felt like Comey knew he fucked up, so he would be above the board with this investigation and not be favorable to Trump.

#COMEY firing "a horrifying breach of every expectation we have of relationship btwn WH & federal law enforcement" https://t.co/7KcQUmIwQA

Josh Marshall: “In criminal trials there are certain actions defendants can take from which judges will tell juries they can infer guilt. In a political context, this is one of those moments. We are now hearing word from White House officials that the White House is stunned at the backlash at Comey’s firing. Didn’t Democrats think he was doing a bad job? We’re even hearing commentators speculate that maybe this may have been a huge miscalculation. The White House didn’t realize how big a deal this was. In the final analysis I think this will be judged a major miscalculation – just not in the sense they mean. Frankly, no one is that naive. It doesn’t wash.

There is only one reasonable conclusion that can be drawn from the decision to fire Comey: that there is grave wrongdoing at the center of the Russia scandal and that it implicates the President. As I write this, I have a difficult time believing that last sentence myself. But sometimes you have to step back from your assumptions and simply look at what the available evidence is telling you. It’s speaking clearly: the only reasonable explanation is that the President has something immense to hide and needs someone in charge of the FBI who he believes is loyal. Like Jeff Sessions. Like Rod Rosenstein.

This is a very dark and perilous moment.”

FBI Director James Comey learned from the TV that he was fired, according to law enforcement sources. https://t.co/uOt3qdbmPD

The New York Times: “Senior White House and Justice Department officials had been working on building a case against Mr. Comey since at least last week, according to administration officials. Attorney General Jeff Sessions had been charged with coming up with reasons to fire him, the officials said.

Me in @TheAtlantic: This is not a drill https://t.co/AD5CMJzxMz

1. The Trump White House is betting that the country is so polarized that no Congressional Republican of any power will buck him…

Toobin on Comey firing: This is "a grotesque abuse of power by POTUS. This is the kind of thing that goes on in non-democracies" pic.twitter.com/8hKu7tiqGg

Taegan Goddard: “Make no mistake: President Trump’s firing of FBI Director James Comey is just as stunning [as Nixon’s sacking of Archibald Cox]. It puts the Trump-Russia investigation at serious risk. It’s quite possible that we will never learn the truth about the Trump campaign’s ties to Russia.

Trump’s attempt to deny that his own actions are at issue in the FBI’s inquiry is ridiculous. The Washington Post notes that Comey himself testified a few days ago that the FBI is “conducting an investigation to understand whether there was any coordination between the Russian efforts and anybody associated with the Trump campaign.”

The White House’s attempts to deflect should be a major cause of concern for all Americans. It’s obvious to nearly everyone what is happening here.  This is not a normal political event. The events of the next few weeks are critical to the future of our country.

We don’t know all of the facts yet, but like the events of my childhood, we could be learning that our president is a criminal.   The president is not above the law.”