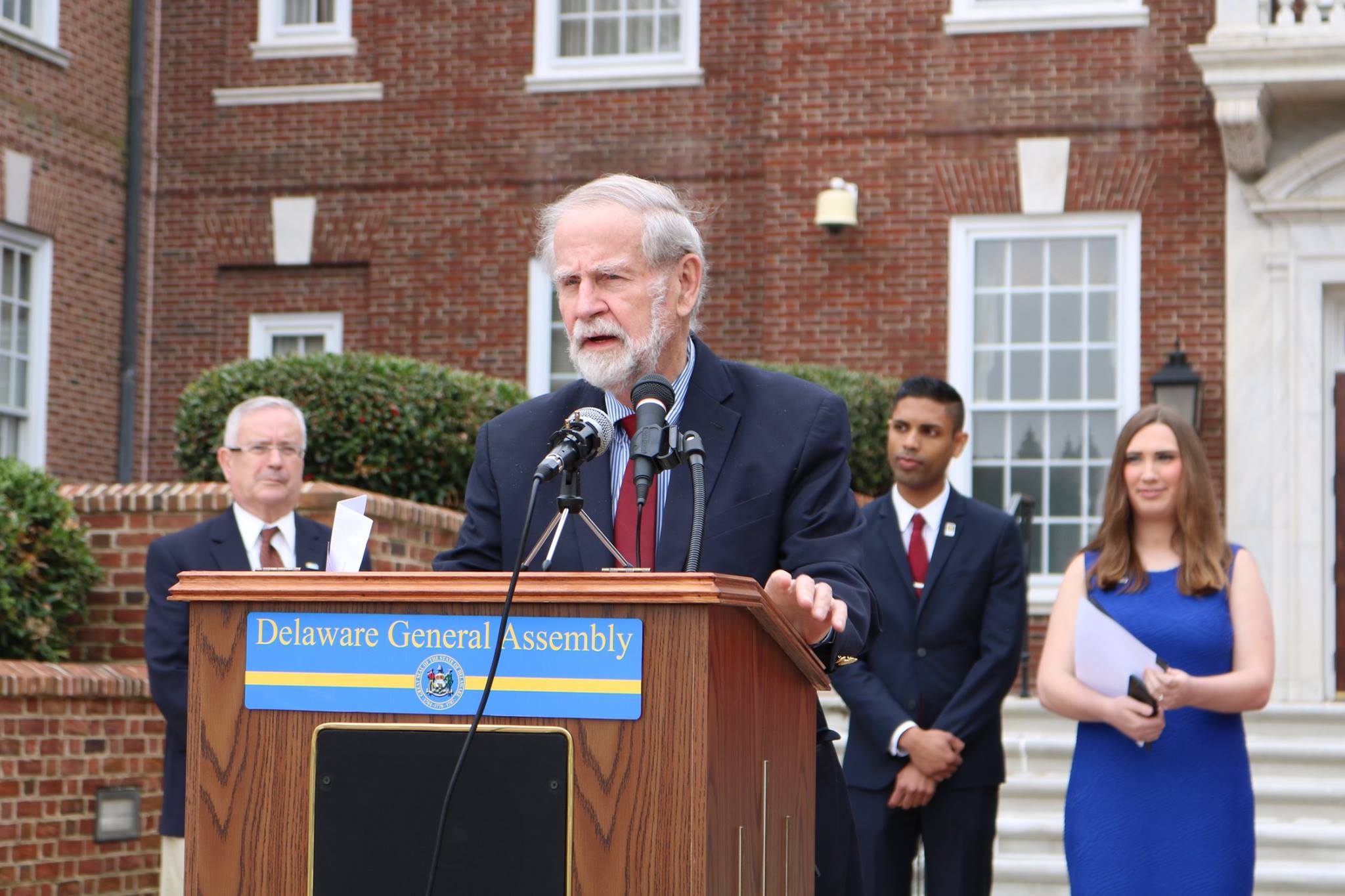 With Republicans deciding to legalize discrimination against gays, lesbians and transgender person on the national level, it is more important than ever for Democrats on the state level to fight back when and where they can. Delaware is one of the few states where Democrats do control all levers of government.  Therefore, if they fail to pass this bill, it will signal to the gay and lesbian community that we Democrats are too cowardly and pathetic to have their back.   And if you are a Democrat and don’t care about fighting discrimination against gays and lesbians, get the fuck out of my party now, you horrible cretin.

SB65 is a bill that will ban Gay Conversion Therapy, which is a “practice” or “treatment” that seeks to change an individual’s sexual orientation or gender identity, including any effort to change behaviors or gender expressions or to eliminate or reduce sexual or romantic attractions or feelings toward individuals of the same gender.  Conversion therapy has been rejected by all mainstream medical and mental health organizations, and there is no credible evidence that it is effective. Moreover, this practice poses enormous health risks to LGBTQ youth, including an increased sense of shame, guilt, hopelessness, stress, and anger, thus increasing the risk of anxiety, depression, and self-harm. The harm done by conversion therapy can last well into adulthood. Therefore, this Act makes it unprofessional conduct or a ground for discipline for individuals granted a certificate to practice medicine under Chapter 17 of Title 24 or licensed under Chapter 19 of Title 24 (regarding nurses), Chapter 30 of Title 24 (regarding mental health and chemical dependency professionals), Chapter 35 of Title 24 (regarding psychologists), and Chapter 39 of Title 24 (regarding clinical social work examiners) to engage in conversion therapy with a child or to refer a child to a practitioner in another jurisdiction to receive conversion therapy. This Act also prevents the Department of Services for Children, Youth and Their Families from engaging in conversion therapy with a child or recommending that a child receive conversion therapy. Additionally, this Act makes technical corrections to conform existing law to the standards of the Delaware Legislative Drafting Manual

AN ACT TO AMEND TITLES 24 AND 29 OF THE DELAWARE CODE RELATING TO CONVERSION THERAPY.