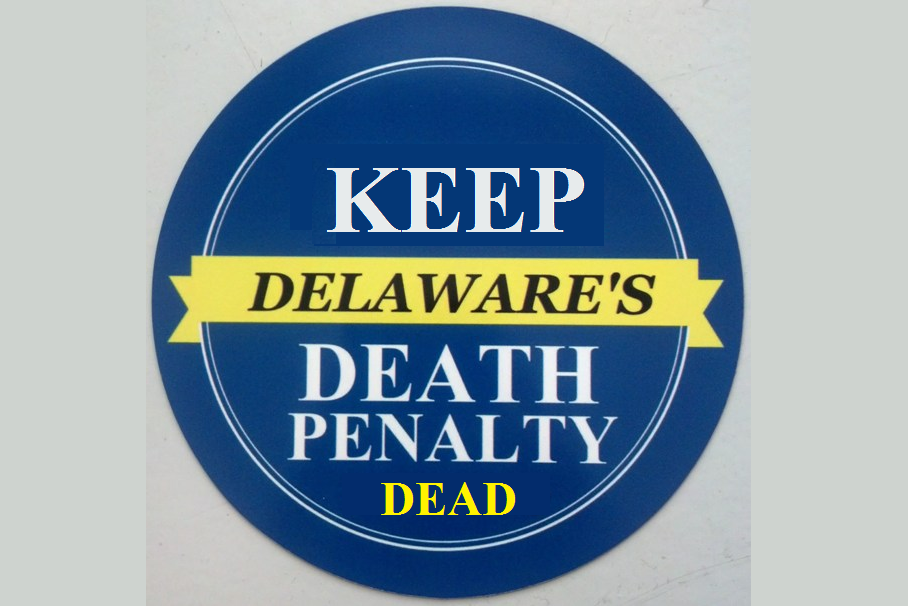 And I expect the recent assassination of State Police Corporal Stephen Ballard will be mentioned as a reason to bring back the death penalty.  I hope Representatives are insulted by that shameful tactic of emotional blackmail rather than persuaded by it.

Today, the House Judiciary Committee is scheduled to discuss HB125, which prime sponsor Representative Stephen Smyk has falsely dubbed the “Extreme Crimes Protection Act,” at 2:30 p.m. in the House chambers at Legislative Hall in Dover.   I say falsely because there is no evidence that the death penalty acts as any kind of deterrent against any crime, let alone extreme ones.  That lack of deterrence is one of the reasons why the death penalty should stay repealed, but I digress.

Last year the Delaware Supreme Court ruled Delaware’s death penalty to be unconstitutional.  HB125 would change the statute allowing for the death penalty by addressing the court’s concerns that made it unconstitutional.  Those changes would include requiring a unanimous jury decision and raising the burden of proof for “aggravating factors” that make a death sentence possible.

Since efforts to repeal the death penalty failed in the House last session by a vote of 16-23-2, I would expect the bill to reinstate it to garner around the same amount of votes in the House.  Here was the vote count last year on the death penalty, where a yes vote was for repeal:

Kim Williams’s no vote should actually be counted yes.  She only voted no to be able to bring back the bill later.  So in reality, the vote is 17-22-2.  But Charles Postles replaced the late Representative Peterman, and I assume his vote is a no.   And I assume Representative Bennett will be present this time as she has recovered, though I am not sure if she is a yes or no.  She could operate under the mistaken belief that all downstate Democrats must act like Republicans on issues like the death penalty like Trey Paradee does.

But then I don’t really blame Trey Paradee.  He has seven other Democrats giving him cover, two of which are in the leadership in Speaker Schwartzkopf and Majority Leader Longhurst.

0 comments on “HB125 – The Return of the Death Penalty – Gets a Hearing and a Vote today.”