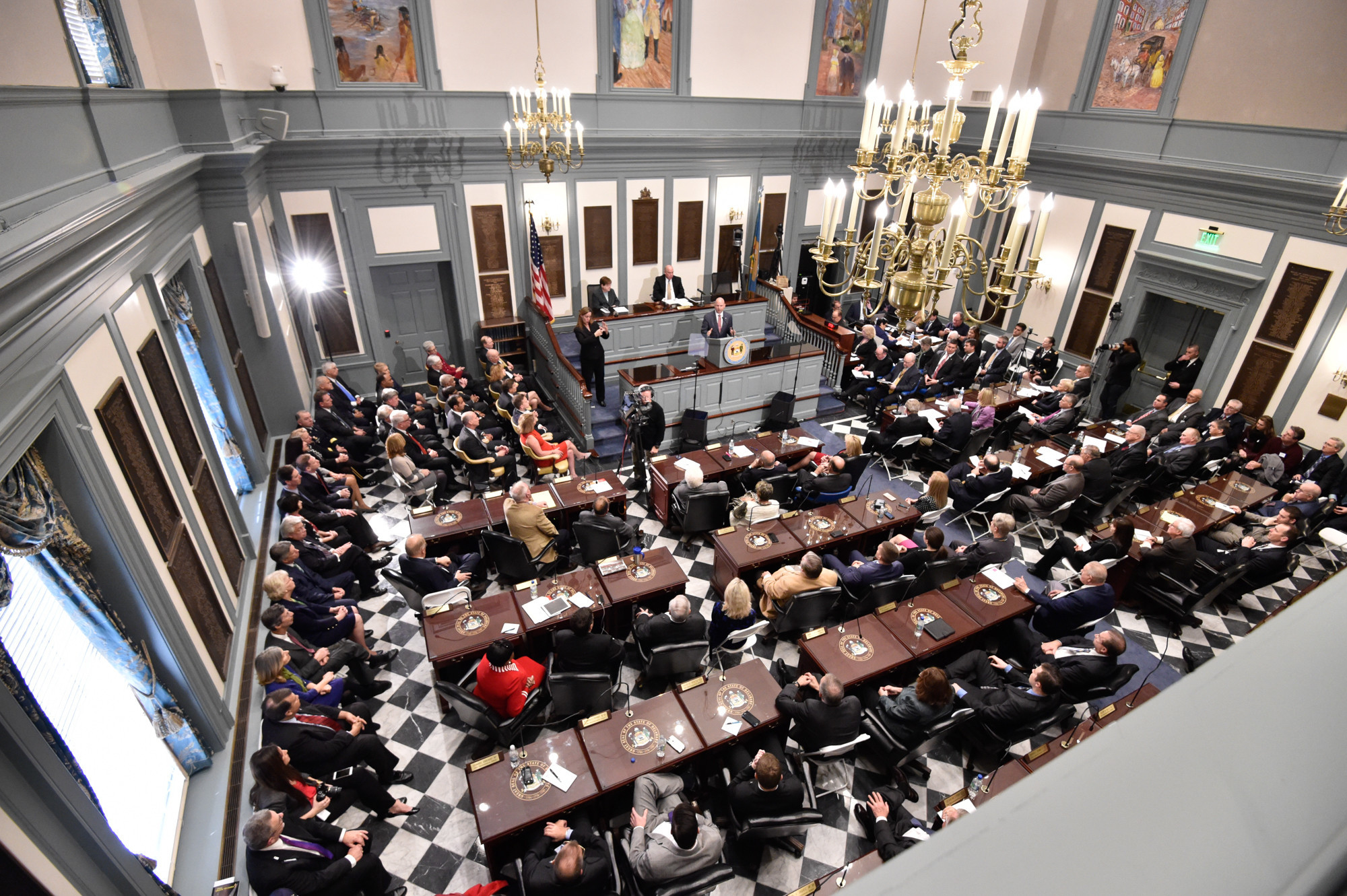 The Delaware General Assembly is currently in recess.   The House won’t reconvene until next Tuesday, April 25.  So that has given us some time to update the Vote Tracker.   Make sure you bookmark our Vote Tracker page so you can easily check on the progress of the legislation we are following that is of interest or concern to progressive, liberal or Democratic policies or politics.

Hey, did you know that our General Assembly amended our state Constitution?  Yeah, it happened without much fanfare, fixing a pretty procedural issue, but still, we just amended the Constitution.  SB25, which is the second leg of a Constitutional amendment to lengthen the time period during which the Governor must appoint a judicial officer following the occurrence of a vacancy, has passed both houses of the General Assembly by the necessary two thirds vote.

NO VOTES:  None (Cloutier, Townsend, Lopez, Lavelle, Keeley, Q.Johnson were all absent)

HB89, the bill to consolidate Delaware’s state and presidential primaries, passed the House 34-6-1.  The vote was bipartisan, and their really isn’t an ideological or partisan divide on how you would vote on the bill.  I would like to hear the reasons from those who voted no.  Not that there is a right or wrong answer, I am just curious.  Here are the vote totals:

HISTORY: House passed 34-6-1. Placed in the Elections & Government Affairs Committee in Senate on 4/4/17

HB75, which was Rep. Paul Baumbach’s bill to require all agencies and institutions that are subject to the Freedom of Information Act (“FOIA”) to respond to requests for information from non-Delawareans, has been tabled in committee on 4/5/17.

Rep. Trey Paradee’s HB80, which would have forbade insurance companies from using your credit history and other non-driving history factors in the determination of your automotive insurance premium, has been tabled in committee. Yet another victory for insurance companies and their lobbyists.

HB85(S) has been voted out of committee with 3 favorable votes and 9 votes on the merits. It now awaits a vote on the House floor when it reconvenes next week.   This bill would eliminate admission preferences for students living within a 5-mile radius of a charter school.

SB41 has passed the Senate 20-0-1 and is waiting consideration in committee in the House.   It is one of several bills introduced to address the Opioid Crisis in Delaware. This bill would guarantee 14 days of rehabilitation at a treatment center before any review by an insurance company.   It removes pre-authorization requirements that those seeking treatment often encounter. The holdup often results in relapses or sometimes fatal overdoses, he said, which are risks the state can no longer afford to take.

NO VOTES: [SENATE]: None (Marshall was absent).

Another Opioid bill, HB100, passed the House by a similarly unanimous margin, 40-0-1. This bill provides medical and legal assistance to individuals and families denied treatment on “medical necessity” grounds.

NO VOTES: [HOUSE]: None (Matthews was absent).

A third Opioid bill, HB91, passed the House 39-0-2.   This bill would enhance the ability of the prescription monitoring program to make informed determinations as to prescribers who may be making extraordinary prescriptions of opiates or other controlled substances, and to refer such cases to law enforcement or professional licensing organizations for further review.

NO VOTES: [HOUSE]: None (Keeley and Q.Johnson were absent).

Three additional anti-Opioid bills are advancing in the GA.  SB44, SB45 and SB48 all have been reported out of committee.

Rep. John Kowalko has stricken one of his Fair Tax Plan bills.  It was HB108, which was my preferred bill, because it adds the two new income tax brackets at the top but then gives a 0.05% tax cut to all the original brackets. The new new tax brackets would be at $125,000 with a rate of 7.05%, and an additional bracket at $250,000 with a rate of 7.80%. But again, without the tiered reduction of the itemized deduction that Governor Carney proposes, it loses all but two sponsors.   With the deficit increasing yet again, I suppose there is no room to cut taxes.

An Amendment to SB10, Bob Marshall’s bill to raise the minimum wage to $10.25 and then thereafter chain it to the Cost of Living Increase in Social Security, has had an amendment introduced to it to scrap the provision tying future increases to the COLA.   I wonder if that helps or hurts the chances of getting that bill out of committee?

SB24, which would expand medical marijuana to treat anxiety, has reported out of committee and is ready for a vote on the Senate floor.

HB58, which would make covenants or other restrictions that effectively prohibit or unreasonably restrict the installation of solar panel systems in Delaware void and unenforceable, regardless of the date recorded, was DEFEATED by a vote of 17-22-1-1.   As you can see, some Democratic Representatives will need to explain themselves (ahem Bryon Short, Earl Jaques, Melanie George Smith, Sean Lynn, Ed Osienski, Trey Paradee, Quinn Johnson).

Senator Bryan Townsend’s SB27, which would establish an independent redistricting commission, has passed the Senate 12-7-1-1.   It goes to Speaker Pete Schwartzkopf’s House Administration Committee, where things will get interesting.

HB96, Mike Mulrooney’s bill to require that compensation be a mandatory subject of bargaining for any group of state employees who have joined together for purposes of collective bargaining, has advanced out of committee on April 5.  It is now waiting on a vote on the floor of the House.