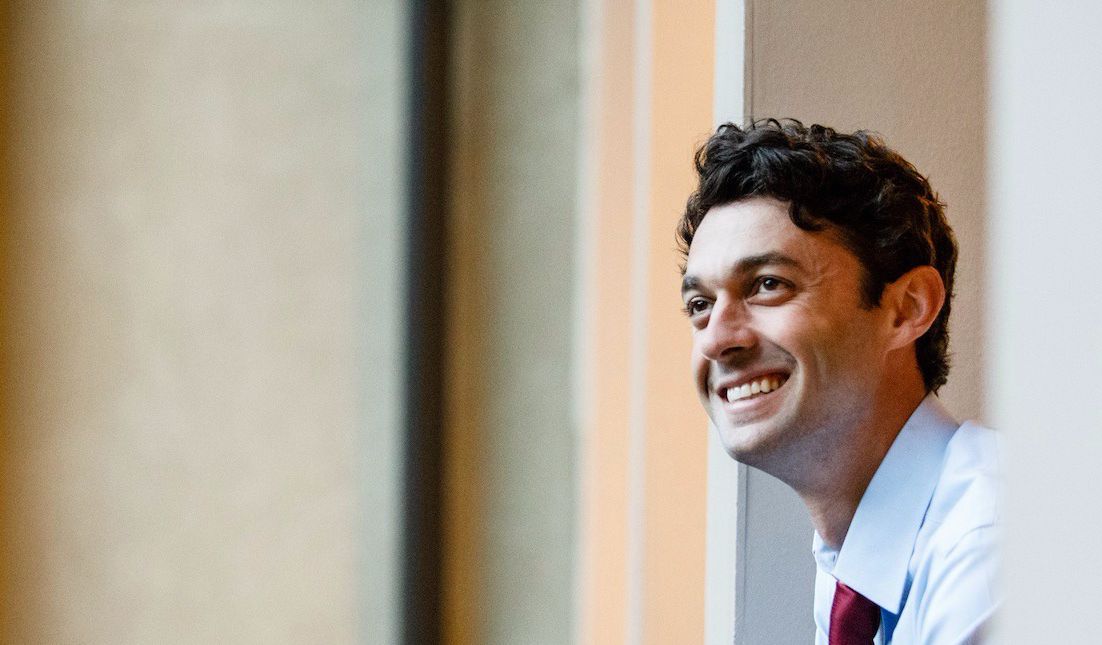 The special election for Georgia’s 6th Congressional District will go to a runoff in June, as Ossoff finished just under the 50% threshold to avoid a runoff, with 48.1% of the vote. He will face Republican Karen Handel in the runoff.

Josh Marshall: “The reality is this is an incredibly strong showing. It’s a strong GOP district. This is a dramatic shift in the Democrats’ direction. And Ossoff still has a solid shot in the run off.  The way you win Congress is that you contest every race. You learn from each contest, win or lose. You refine the strategy and message and go back again. (I spoke to a very experienced Dem consultant about a month ago who didn’t think Ossoff had any chance in this race. He was wrong.) We don’t know where the country will be in 18 months. But to the extent you can draw a line between tonight and election day 2018, the results of this race and the Kansas race taken together point to a anti-GOP wave election in 2018.”

The worst generation in the history of this country is the Baby Boom generation. They couldn’t help it, they were spoiled rotten by their parents, the Greatest Generation.  Their children, the Gen X-ers and the Millennials, will clean up their mess.

A new Pew Research poll finds Democrats now have a 19-point advantage over Republicans on who does the best job on health care.   David Nather: “Republicans are feeling a lot of pressure to reach an agreement so they can repeal Obamacare — mostly to fulfill their campaign promises — but it’s not going to get any easier for them if the polling doesn’t get better.”

Gabriel Sherman says the Murdochs have turned against Bill O’Reilly: “With only six days remaining in Bill O’Reilly’s vacation, the pressure on the Murdoch family to decide the embattled commentator’s fate is intensifying. Three sources with knowledge of the discussions said that, while no final decision has been made, the Murdochs are leaning toward announcing that O’Reilly will not return to the air. Sons James and Lachlan have been arguing that O’Reilly needs to go, say these sources, though their father, Rupert, has resisted that outcome.”

A new KVUE poll finds 61% of Texans opposed President Trump’s proposal to build a wall on the border of the United States and Mexico in order to stop illegal immigration. Additionally, 62% of those polled responded, “no,” to the question, “Do you want Trump to deport millions of illegal immigrants currently living in the U.S.?”

Me on what was really in those classified documents that Trump touted as evidence of a crime: https://t.co/kdqbAHTcPQ

“As worries deepened last week about whether North Korea would conduct a missile test, the White House declared that ordering an American aircraft carrier into the Sea of Japan would send a powerful deterrent signal and give President Trump more options in responding to the North’s provocative behavior,” the New York Times reports.

“The problem was, the carrier, the Carl Vinson, and the four other warships in its strike force were at that very moment sailing in the opposite direction, to take part in joint exercises with the Australian Navy in the Indian Ocean, 3,500 miles southwest of the Korean Peninsula.”

I am tired of all the winning.

“With the start of the French election just days away, investors are contemplating their nightmare scenario: a choice between far-left and far-right candidates,” the Wall Street Journal reports.

“In recent days, a surge in opinion polls has placed Jean-Luc Mélenchon, a left-wing firebrand who promises higher wages and fewer working hours, as a potential candidate to move past this Sunday’s first round of voting. That could set up a second-round vote in May 7 with Marine Le Pen, an economic nationalist who wants to pull France out of the euro.”

“Most analysts still expect a mainstream candidate to make it through to the second round and eventually clinch the presidency. But Mr. Mélenchon’s sudden rise has spooked investors just five days before voting kicks off.”

This is not a joke: WH releases quotes from Trump's staff, who all say nice things about their boss. pic.twitter.com/wEs6tptZjV

Playbook: “If you hadn’t heard — or somehow forgot — the government shuts down in 10 days. And the conversation brewing at the top levels on Capitol Hill is: will Republicans be successful at forcing Trump to fulfill a campaign promise in this must-pass bill, or will Trump have to work with Democrats to keep government open? Government-funding bills are always tough these days, and conservatives are going to want to extract some blood in exchange for their vote. Options conservatives are buzzing about: border wall funding, stripping money from sanctuary cities, defunding Planned Parenthood. But Democrats have power here, and can exert it to force Trump to ditch his right flank, and advocate for a clean spending bill. That will be quite the political pickle for the president.”

“The House Freedom Caucus — which has the numbers to dictate the debate on the right — will brawl for border funding, in some shape or form. That’s unlikely to fly in the Senate.”

Every day, we get news about the Trumps where I think, "If this were the Clintons, Republicans would burn DC down." https://t.co/omInOnk3Q9

Associated Press: “On April 6, Ivanka Trump’s company won provisional approval from the Chinese government for three new trademarks, giving it monopoly rights to sell Ivanka brand jewelry, bags and spa services in the world’s second-largest economy. That night, the first daughter and her husband, Jared Kushner, sat next to the president of China and his wife for a steak and Dover sole dinner at Mar-a-Lago.”

Once more, Trump’s love of authoritarianism and authoritarians reveals itself. Thankfully, in the United States you cannot change the constitution by a simple majority referendum.

Bernie Sanders: I don't consider myself a Democrat https://t.co/2p1bNPrUeG pic.twitter.com/icwRAze6mU

Good. Then we can all stop paying attention to you.  If you are not interested in joining the party to help change it, then you can go rightly fuck off.

“Gary Cohn has privately said he’s warming to the idea of eliminating the local and state tax deduction to pay for tax cuts and simplify the code, according to sources familiar with the thinking of president’s top economic advisor. Cohn’s private comments must be considered with a caveat: no final decisions have been made, and the administration’s tax reform plans are still a long way from prime time,” Axios reports.

“The White House needs a ton of money to pay for corporate, individual and small business tax cuts (not to mention the ‘Ivanka credit’ for childcare.) Getting rid of these state and local deductions is a dream Republicans have long held and would raise an estimated $1 trillion over 10 years.”