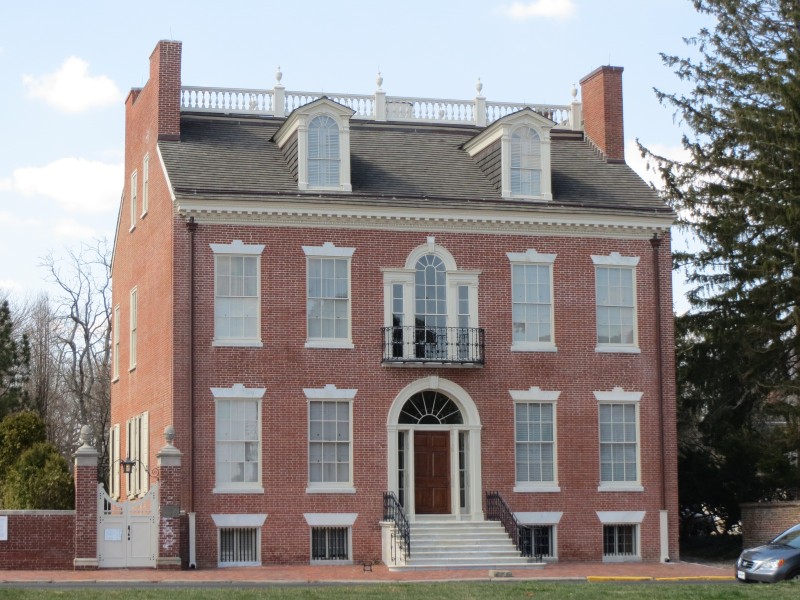 The George Read II House, on The Strand in New Castle. The house was built in 1803 for George Read II, son of George Read, who signed the Declaration of Independence. The house was modeled after the Federal style, popular at the time in Philadelphia. Read’s father’s house originally stood off to the left, and burned in the Fire of 1824. The house’s gardens now stand on the site.