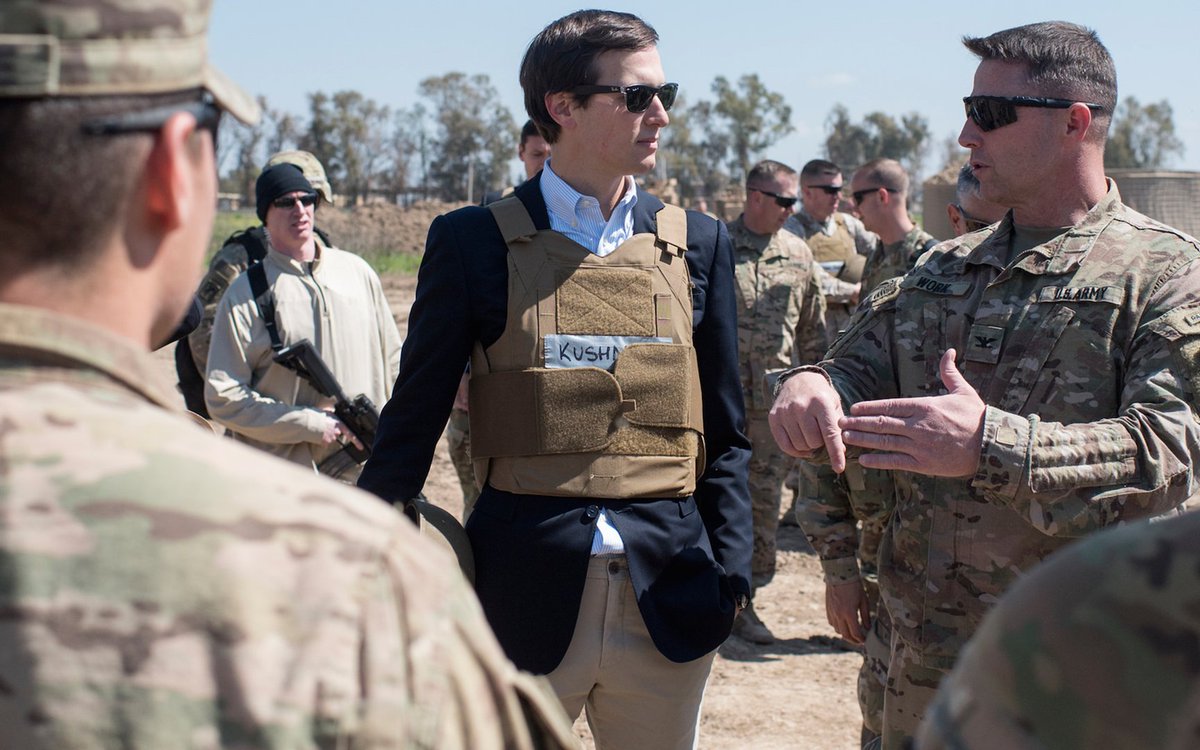 President Trump “is considering a broad shakeup of his White House that could include the replacement of White House Chief of Staff Reince Priebus and the departure of chief strategist Steve Bannon,” Mike Allen reports.

“A top aide to Trump said he’s contemplating major changes, but that the situation is very fluid and the timing uncertain: “Things are happening, but it’s very unclear the president’s willing to pull that trigger.”

“Insiders tell me that the possibilities for chief of staff include House Majority Leader Kevin McCarthy (R-Calif.), who developed a bond with Trump as one of the earlier congressional leaders to support him, and remains a confidant.”

The Wall Street Journal has more on a possible staff shakeup at the White House:

“In recent days, he has talked to confidants about the performance of chief of staff Reince Priebus and has asked for the names of possible replacements. One candidate that people close to Mr. Trump have suggested is Gary Cohn, now the director of the National Economic Council and a former senior executive at Goldman Sachs.”

“Another top aide who could be removed or reassigned in a shake-up is Steve Bannon, chief strategist, who has been sparring with Jared Kushner, the president’s son-in-law and one of his closest advisers.”

Jonathan Chait: Republicans are tearing each other to pieces over Trumpcare debacle.

David Nather: “Looks like Trumpcare isn’t going to make a pre-recess comeback after all. The White House would have loved to at least get a new health care agreement before the congressional recess, and a lot of Republicans would have liked it too. Instead, they’re going to head into the two-week break with nothing more than the knowledge that at least they didn’t murder each other.”

“The root of the problem: House Republicans, as a group, can’t reconcile their promise to cover people with pre-existing conditions — one of the most popular parts of Obamacare — with the fact that it makes individual health insurance more expensive. Conservatives think it’s OK to let states put all of the sick people in high-risk pools. The rest of the Republicans don’t. Hard to see how that changes after a two-week break.”

“Multiple people familiar with the call say it lasted until almost midnight. They spoke about what multiple sources describe as fundamental — and intractable — issues with the health-care bill. It left no one optimistic that health care will get done any time soon.”

David Nather: “Here’s the big problem Republicans are facing on Trumpcare: They’re facing so much pressure to pass a bill — any bill — that the changes have stopped being about improving the policies, or steering toward a broader, coherent vision of conservative health care reform. It’s all about chasing votes now, and the more they try, the more the changes leave health care experts scratching their heads.”

“GOP leaders are under intense White House pressure to bring everyone back from recess to vote on the bill, but they won’t do it unless there are signs that they’re actually picking up votes… It’s not likely right now — but don’t make any travel plans you can’t change.”

Trump campaigned on not getting involved in Mideast. Said it always helps our enemies & creates more refugees. Then he saw a picture on TV.

Matt Bai says Jared Kushner is no Bobby Kennedy:  “It was Joseph Kennedy, the president’s father, who decreed that another of his sons, Robert, would be the attorney general. No one spoke to John Kennedy more, or had more influence across the entire spectrum of policy, than his brother. So blatant was it, in fact, that in 1967 Congress passed a law barring any president from naming a relative to the Cabinet or to the helm of any federal agency… This is why Jared can’t actually have the jobs of all the Cabinet secretaries he’s displacing.”

“But let’s be real: Drawing a line from RFK to Jared Kushner is like trying to compare B.B. King to Drake. By the time he became attorney general at 35, Kennedy — again, with some assistance from his father — had already achieved notoriety as the unflinching lead counsel for a mob-busting Senate committee. He’d been a government prosecutor for a decade.”

“Kushner hadn’t served a day on a school board before Trump put him in charge of, you know, America. Near as I can tell, his sole achievement in his young life — much like his wife’s — is to have spent his parents’ money on cool stuff, like some buildings and a once trendy newspaper you’ve never read.”

New York Times: “Mr. Bannon resisted [his move off the Security Council], even threatening at one point to quit if it went forward, according to a White House official who, like others, insisted on anonymity to discuss internal deliberations. Mr. Bannon’s camp denied that he had threatened to resign and spent the day spreading the word that the shift was a natural evolution, not a signal of any diminution of his outsize influence.”

Pretty stunning reminder that white "economic anxiety" only happens when the president is black. pic.twitter.com/4EvrUPv6fw

Elizabeth Drew: “When the subject comes up, as it does incessantly in Washington, of whether in fact Trump will end up serving as president for four years, a major argument against his somehow having to leave office (for reasons other than health) is that he has a strong base. Richard Nixon also did, until he didn’t. Gradually, Nixon’s onetime backers became disenchanted for one reason or another; he still had support at the end, but it wasn’t strong enough to save him. How long will Trump’s base stick with him even in the face of seeing their hopes betrayed? This isn’t a fanciful question: a recent poll by Geoffrey Garin for Priorities USA, showed a ten-point drop in support among Trump voters in the third week in March (the week the health care bill failed).”

“A lot of Republicans who had deep misgivings about Trump went along with him before and after the election because they assumed that he could produce legislation dear to their hearts. But what if it turns out that he can’t? Politicians are highly pragmatic people; they will support a president as long as he isn’t too costly to them.”

Jon Ossoff (D) “has raised more than $8.3 million for his campaign to represent suburban Atlanta in Congress, the most significant sign yet that the political newcomer has become a national symbol of the resistance to President Donald Trump,” the Atlanta Journal Constitution reports.

“Ossoff’s financial disclosure, to be released Thursday, shows he has $2.1 million on hand for the final stretch of the campaign.”

The U.S. economy added only 98,000 jobs in March, well below expectations, though the unemployment rate dropped to 4.5%, its lowest since May 2007, the Wall Street Journal reports.

At Mother Jones, Pema Levy explains “This Is What Democrats Have to Gain From Filibustering Gorsuch: For Democrats not to do this would have been a potentially catastrophic mistake.” As Levy reasons, “Beyond the issue of the base, some progressives see more potential upsides in triggering the nuclear option. “This is an exercise of a raw political power grab, and the hope is that the American people see that for what it is in coming elections,” said Neil Sroka, communications director for Democracy for America, a progressive group that is supportive of Democrats’ current strategy of filibustering Gorsuch. This is a position echoed by Schumer himself. When asked at a press conference Tuesday what would happen if Republicans ended the filibuster for Supreme Court nominees, he responded, “They will lose if they do it.” That’s because the voters willsee that McConnell “will do anything to get his way,” and Republicans will not be seen as acting in a reasonable or bipartisan fashion. In the long term, Sroka believes progressives will be better off without the filibuster hindering their own nominees when, perhaps after the 2020 elections, Democrats are in a position to pick the next nominee.”

Pat Robertson said on The 700 Club that homosexuals have taken over the media and universities.

He added: “It’s just unbelievable what’s being done. A tiny, tiny minority makes a huge difference. The majority — it’s time it wakes up.”

Sources told the Washington Examiner that Vice President Mike Pence “would record a call urging Republicans in Kansas’ Wichita-area 4th district to get out and vote for state Treasurer Ron Estes, who is locked in a tight battle with Democrat James Thompson.”

“The White House political office, led by political director Bill Stepien, has joined what has become a party-wide effort to save a seat that President Trump won by nearly 30 points in November.”

Rick Hasen: “I’ve noted before that these days all the liberals on the Court have been appointed by Democratic presidents and all the conservatives on the Court by Republican presidents. This wasn’t true until Justice Stevens retired.”

“With today’s confirmation of Neil Gorsuch to the Supreme Court, not only does the trend continue but it is likely to accelerate thanks to the use of the nuclear option.”

“We can expect Republicans to pick reliably very conservative nominees when there is a Republican president and Senate, and Democrats to pick reliably liberal nominees when there is a Democratic president and Senate. (We well may have stalemate, as we had with Merrick Garland, when government is divided.)  There will be less need to pick someone who can satisfy a handful of the other side given the loss of the filibuster.”