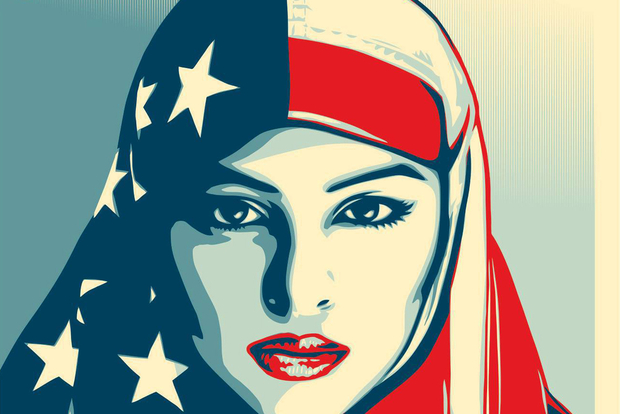 It’s not enough that Delaware’s GOP can’t be bothered to show up for their jobs and actually work at making the lives of Delawareans better — a few of them have to serve up that indifference to you with a heaping helping of bigotry aimed at Delawareans who are Muslim. This is Republican Senator Dave Lawson clearly communicating his dismissal of Muslims and their religion:

“We just heard from the Quran, which calls for our very demise,” Lawson said after a Muslim duo gave the invocation, including a passage from their holy text. “I fought for this country, not to be damned by someone that comes in here and prays to their God for our demise. I think that’s despicable.”

Lazy stereotyping after two Muslims gave the invocation in the Senate. And especially despicable because these two were specifically invited to provide the usual invocation which certainly doesn’t ask for harm against anyone and specifically provides a call to justice. Is there a better message for a group of legislators?

Senators Bimini and Lawson walked out of the Chamber for this invocation — apparently offended by the call to justice as well. Then we have Bonini making the usual excuses bigots make for each other:

Betrayed, of course, by Lawsons own words above. And by the specific intolerance displayed by Boning and Lawson when they walked out of the prayer. People without an ounce of hate for Muslims would have stayed in the room and would not have taken to the Senate floor to denounce Muslims and this prayer. People without an ounce of hate would have asked their friend to keep their crap in check and not put their bigotry out there for everyone to see.

“I have never been of the mind to censure the words of other members, but I also believe deeply that words have consequences,” McBride said, reading aloud from a statement. “To criticize the sacred prayer of another religion from the floor of the Senate strikes me as antithetical to everything we ought to stand for as lawmakers.”

McBride went on to say that Muslims serve in the military and as police and are doctors, professors and teachers.

“I am personally offended that our guests from the Muslim community and anyone else here in the chamber today would feel anything less than welcomed with opened arms,” McBride said. “And for our guests today to be branded as anti-American when our First Amendment of our country’s Constitution explicitly guarantees the freedom of religion is both ironic and deeply sad to me.”

McBride said he was “hopeful we can move past this sad chapter in the body’s history.”

Senators Lawson and Bonnini need to be reminded that they have a real job to do — and that does not include invoking their bigotry on the Senate floor.

20 comments on “No Room for Bigotry in the Delaware GA”