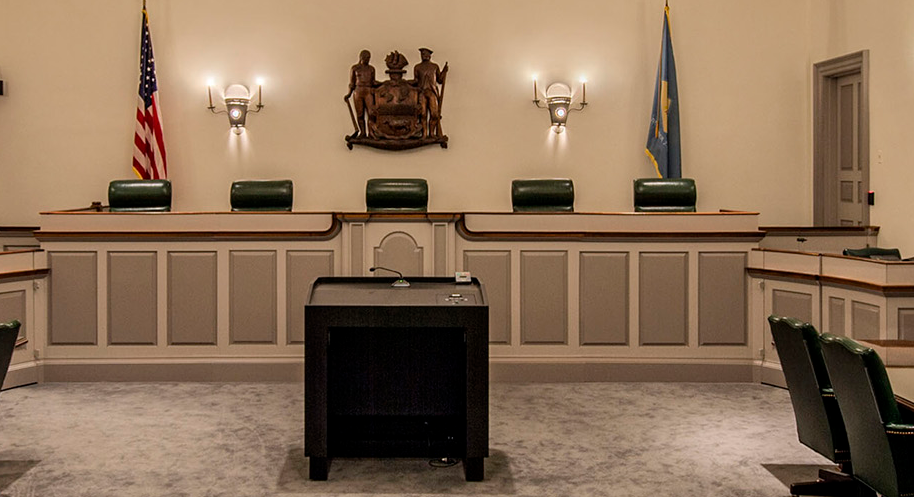 This is a bill that looks like it will fly through the Assembly with unanimous votes, given its sponsorship.  This bill is the second leg of a Constitutional amendment to lengthen the time period during which the Governor must appoint a judicial officer following the occurrence of a vacancy, thereby giving the Governor and State Senate more flexibility in the consideration of vacancies occurring when the State Senate is not in session while preserving the Delaware tradition of quickly filling judicial vacancies.  Right now, the Governor has to appoint a nominee to fill a vacancy on any constitutional court in Delaware within 60 days of a vacancy.    This bill extends it to 90 days.

The bill also allows the Governor to nominate and the Senate to consider a nomination for a vacancy that is planned for and scheduled but has not happened yet.   For example, a Supreme Court justice may announce his or her intention to retire at the end of the year, or by a date certain.   Right now, the Constitution is silent on the consideration of nominations prior to the occurrence of a vacancy.

The first leg of the Amendment, Senate Bill No. 275 from last year’s session, was adopted by the necessary two-thirds of the House and Senate.

AN ACT CONCURRING IN A PROPOSED AMENDMENT TO ARTICLE IV OF THE DELAWARE CONSTITUTION RELATING TO THE APPOINTMENT OF JUDGES.

NO VOTES:  None (Cloutier, Townsend, Lopez, Lavelle, Keeley, Q.Johnson were all absent)

0 comments on “SB25 – Expanding the Time to fill Judicial Vacancies”