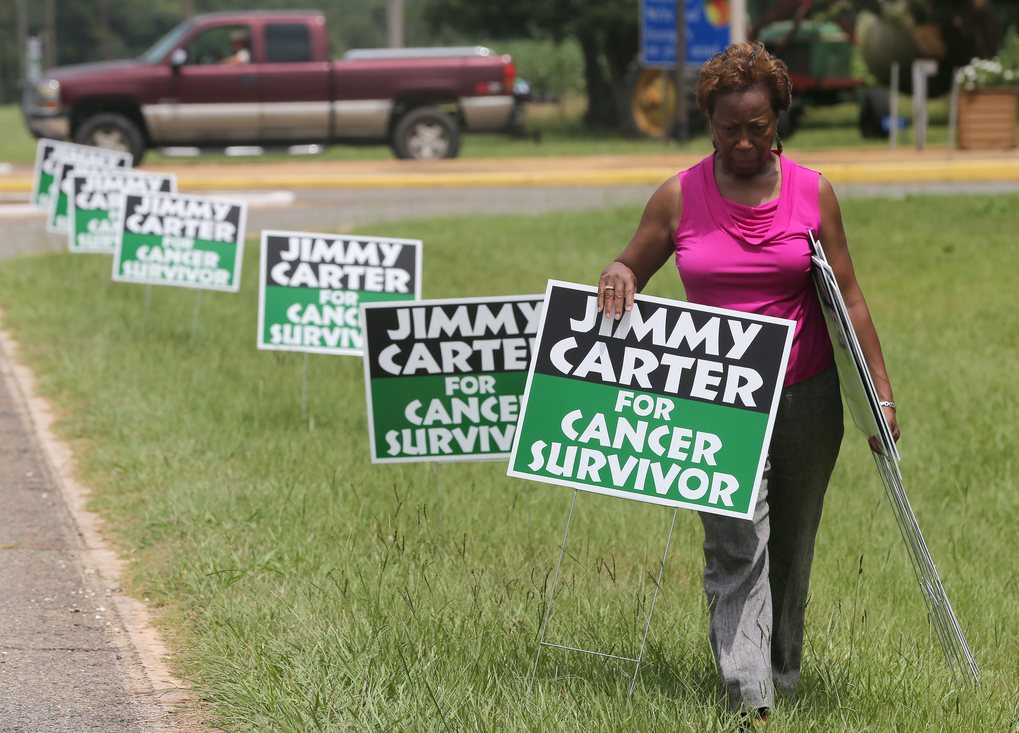 HB120, known as the Jimmy Carter Cancer Bill, was inspired by President Carter’s recent battle with cancer.  Carter was deemed cancer-free after an immunotherapy called Keytruda, which shrunk his metastatic melanoma tumors.   Right now, Delawareans diagnosed with Stage 4 metastatic cancer would be forced to first fail a series of treatments before getting approved for cutting-edge therapies.   One of the many reasons why insurance companies are truly evil.   And this legislation, sponsors by House Majority Leader Rep. Valerie Maglio Longhurst and Speaker Pete Schwartzkopf, would ban that horrible practice.

Speaker Schwartzkopf, who is a melanoma survivor, said he wants patients to be linked to the most appropriate treatment.  “When I was diagnosed with melanoma, my doctor told me that if the cancer had spread to my bloodstream I would have two months to live,” said Rep. Schwartzkopf.  “After a painstakingly long week of waiting for test results, I was relieved to learn the cancer had not spread. With this bill, patients and their families will have the opportunity to receive the treatment they need and not need to fail once, twice or three times before they can utilize a ‘wonder drug.’ ”

AN ACT TO AMEND TITLE 18 OF THE DELAWARE CODE RELATING TO INSURANCE COVERAGE OF CERTAIN CANCER TREATMENTS.

HISTORY: Passed House 40-0-1.  Released from committee in the Senate.