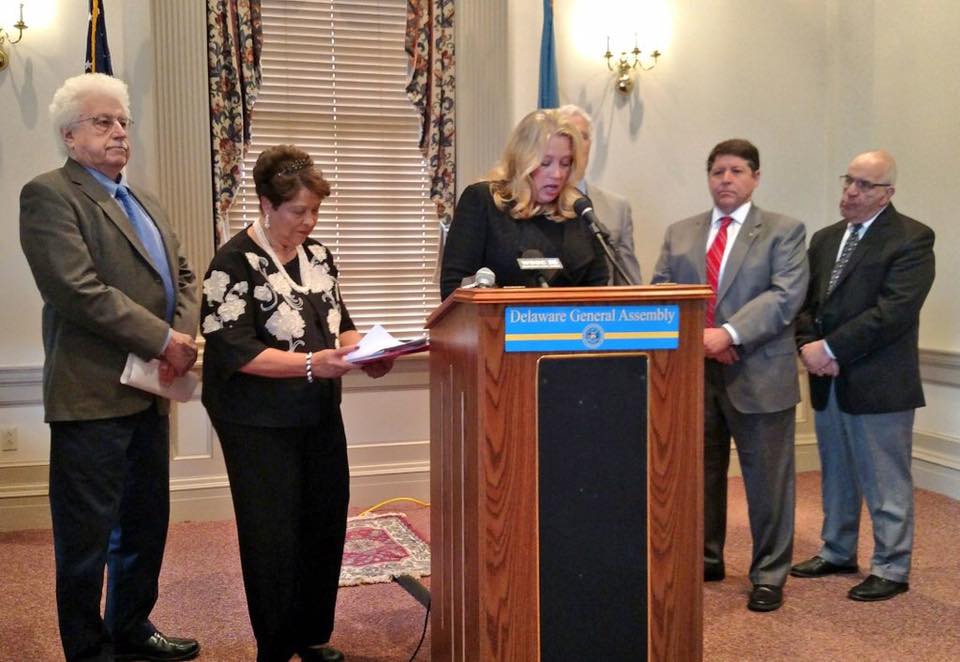 In these times of budgetary deficits in the state, HB 110 would create a new taxable industry that could bring in much needed revenue for priorities like education and healthcare.

“The War on Drugs has produced few winners, but plenty of losers. We’ve spent a staggering amount of time and money arresting and prosecuting low-level marijuana offenders. The costs of these misguided policies have been all too clear – particularly for people of color,” said Sen. Henry.

“The prohibition of marijuana has grown our prison population to unsafe levels; it has derailed thousands of lives and wasted immeasurable potential; and it has perpetuated unacceptable racial disparities in our criminal justice system – all over a drug safer than alcohol, less addictive than tobacco, and easier for our kids to get their hands on than either. This policy has wreaked havoc on our communities, and it’s time for us to reverse course.”

A poll conducted by the University of Delaware last year found that more than 60 percent of Delawareans support full legalization of marijuana. But Gov. John Carney has his doubts.

The state, his office noted, is still working to get its medical marijuana program fully operational and only recently approved a law decriminalizing marijuana, downgrading possession of an ounce from a criminal offense to a civil violation, like a parking ticket. Carney has said he also wants to allow more time to study the impact of legalization efforts in the eight other jurisdictions that have approved such measures, including Colorado, California, Maine, Massachusetts and Washington, D.C.

That’s a weak tea response. Governor, your predecessor did not oppose Marriage Equality because we just passed Civil Unions in the previous sessions. He understood that Civil Unions were a stepping stone to Marriage Equality, just as Medical Marijuana and Decriminalization are stepping stones to full legalization and regulation. Plus, with a $380 million deficit and unpopular tax increases you have proposed on the poor and middle classes, the Governor should not be looking a gift horses in the mouth.

Local advocates for legalization, including Delaware NORML and the Delaware Cannabis Advocacy Network, argue a move to make Delaware the ninth state to allow recreational use would be a boon for the economy. Taxes on recreational marijuana, they say, could go a long way in helping the state close its current $386 million budget hole and create hundreds of new jobs.

“We’re the only industry that is actually asking to be taxed and regulated,” Zoe Patchell, executive director of the 65-member cannabis network, told The News Journal this week. “And in the process, you replace what is now a completely illicit market with one that is safe, encourages competition and promotes shared prosperity.”

Colorado, which passed its law in 2014, has generated close to $1 billion a year from its marijuana sales tax, according to that state’s revenue department.

2 comments on “HB110 – The Legalization of Marijuana”