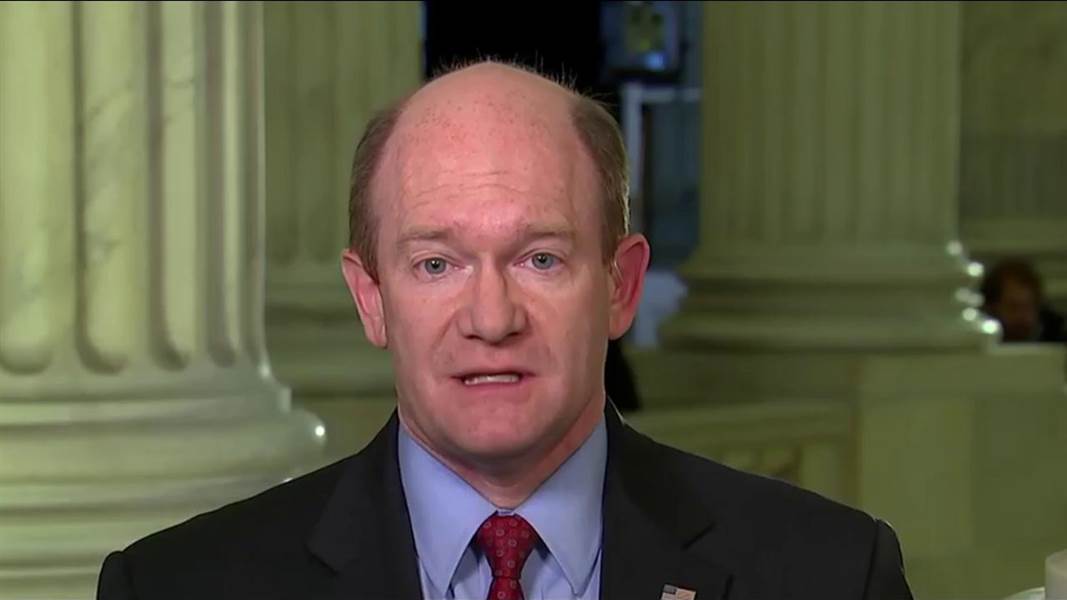 “I doubt he’s going to get 60 votes,” Coons told MSNBC’s “Morning Joe.”   “And the question then, Joe, becomes, ‘What do we do?’” Coons continued. “There’s a lot of finger-pointing. There’s a lot of Democrats justifiably still very mad about the treatment of Merrick Garland.”

We?  What do we do?   We don’t do anything.   What Democrats have to do is vote no on cloture if they still want to call themselves Democrats.

What Republicans will do in response to that is not our problem.   The consequences of whatever decision they make is on them.  If they react by ending the filibuster, well then so be it.  It will be their fault then.  And they rightly deserve whatever blame they get, because they precipitated the events leading to the elimination of the filibuster by their obstructionist actions during the presidency of Barack Obama culminating with the blocking of the nomination of Merrick Garland.

But that should not be Chris Coons’ concern.  He did not block Garland, so he has no responsibility for the coming actions.  In fact, he should be concerned with punishing the Republicans for their obstruction of Garland, not in feeling that it is “tragic” that there is no longer any bipartisan comity in the Senate.   Wake up Christopher.  Bipartisan comity in the Senate died long before you even got to the Senate.

Vote no on Cloture or we will be voting for someone else in 2020.

13 comments on “All Eyes on Coons”