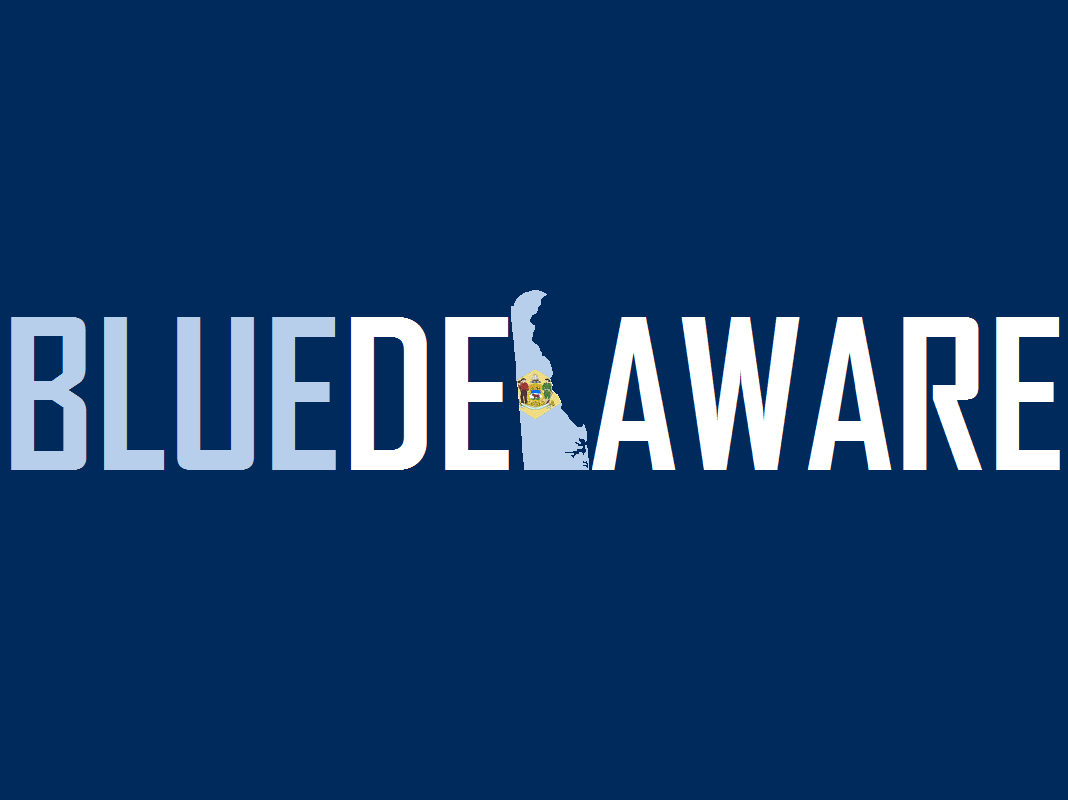 Cover-up Exhibit 1:  Rep. Adam Schiff (D-CA), the top Democrat on the House Intelligence Committee, “says a hearing set for Tuesday with former acting Attorney General Sally Yates — which was canceled by Republicans — would have featured explosive testimony on Michael Flynn’s efforts to ‘cover up’ his conversations with Russia’s ambassador,” Politico reports.

Cover-up Exhibit 2: “The Trump administration sought to block former acting attorney general Sally Yates from testifying to Congress in the House investigation of links between Russian officials and Donald Trump’s presidential campaign, the Washington Post has learned, a position that is likely to further anger Democrats who have accused Republicans of trying to damage the inquiry.”

Cover-up Exhibit 3: “The House Intelligence Committee has scrapped all meetings this week amid growing partisan rancor now threatening to derail its investigation into Russia and the Trump campaign,” CNN reports.  “The full committee meetings were canceled amid an increasingly tense back-and-forth that intensified over Chairman Devin Nunes’ decision to cancel a public hearing set for Tuesday.”

Cover-up Exhibit 4: Rep. Adam Schiff’s (D-CA) call for House Intelligence Chairman Devin Nunes (R-CA) to recuse himself from the Russia investigation “came as panel staffers speculated on the possible identity of Nunes’ White House source, focusing on Michael Ellis, a lawyer who worked for Nunes on the intelligence panel and who was recently hired to work on national security matters at the White House counsel’s office,” Yahoo News reports.  “A White House official and spokesman for Nunes declined to comment on whether Ellis was involved in providing information to Nunes, as did a spokesman for Schiff.”

Cover-up Exhibit 5: “This is done because the White House wanted it to be done. And this is what a cover-up to a crime looks like. We are watching it play out right now.”  — Rep. Eric Swalwell (D-CA), quoted by Politico, on suspicions that House Intelligence Committee Chairman Devin Nunes (R-CA) is coordinating with the White House on the Russia investigation.

Why isn't the House Intelligence Committee looking into the Bill & Hillary deal that allowed big Uranium to go to Russia, Russian speech….

On the surface, little tantrums like these point to a shrinking president, lashing out with pitiful, almost child-like, responses to a serious international controversy. It’s easy to grow inured to the stream of nonsense, but having the sitting president of the United States call for a congressional investigation into his defeated opponent, for no credible reason, is alarming.

It’s also worth noting that Trump doesn’t appear to have any idea what he’s talking about: there was no “Bill & Hillary deal that allowed big Uranium to go to Russia.”

Nate Silver: “Republicans have been running on repealing and replacing Obamacare for seven years, and they’ve won a lot of elections in that period. You can argue that they have a mandate on the issue, even if they don’t have one overall. But Ryan and Trump pretty much ignored where public opinion stands on health care. Medicaid, which the AHCA would have rolled back, is extremely popular, for instance. About two-thirds of voters support government funding for Planned Parenthood; the AHCA would have cut it. But the bill didn’t do much to address the problems voters were actually concerned about, such as rising premiums.”

“Furthermore, Ryan and Trump advanced this bill despite receiving a warning shot from the public: Obamacare had almost immediately become more popular after Trump won the election. I don’t recall a lot of other times when public opinion shifted so quickly on a bill in response to an election result. It was as though voters were throwing up a big yield sign to congressional Republicans — we didn’t expect Trump to win the election; instead, we elected you to serve as a check on Hillary Clinton, so proceed with caution. Ryan barreled right on through it.”

“A Russian bank under Western economic sanctions over Russia’s incursion into Ukraine disclosed on Monday that its executives had met Jared Kushner, President Trump’s son-in-law and a top White House adviser, during the 2016 election campaign,” Reuters reports.

“As members of the House Freedom Caucus plotted to seize control of Donald Trump’s health care bill earlier this month, they discovered a key weakness in the President’s strategy. In a memo circulated to members of the conservative group, a top adviser to Sen. Rand Paul of Kentucky pointed out that Trump had made an uncharacteristic error: The President had violated his own rules in The Art of the Deal,” CNN reports.

“Quoting from a passage of the book in which Trump urged readers never to seem too eager to cut a deal, the memo concluded Republican leaders appeared to have done just that: ‘The Speaker needs a deal right now, more than the Freedom Caucus. So does the White House.’”

“Recognizing the immense leverage they enjoyed, members of the Freedom Caucus and other conservatives like Paul would stubbornly maintain their opposition to the House GOP bill to repeal and replace Obamacare. The lawmakers continued to press for concessions from Trump and House Speaker Paul Ryan, creating an impasse in negotiations that helped lead to the legislation’s dramatic defeat on Friday.”

“Paul Manafort, the former Trump campaign manager facing multiple investigations for his political and financial ties to Russia, has engaged in a series of puzzling real estate deals in New York City over the past 11 years,” WNYC reports.

“Real estate and law enforcement experts say some of these transactions fit a pattern used in money laundering; together, they raise questions about Manafort’s activities in the New York City property market while he also was consulting for business and political leaders in the former Soviet Union.”

“Manafort — whose ties to a Russian oligarch close to President Vladimir Putin are under scrutiny — was associated with at least 15 bank accounts and 10 companies on Cyprus, dating back to 2007, the sources said. At least one of those companies was used to receive millions of dollars from a billionaire Putin ally, according to court documents.”

Rick Klein and Shushannah Walshe: “President Trump is coming off of a week where he lost both credibility and control. He also lost something that is harder to define and may be harder to restore: the mystique of power. Since November, even Trump’s harshest critics had to recognize his political talents, which show in two ways: The seemingly unbreakable connection and communications link he has with a loyal block of voters, and the deal-making skills that grew his brand all the way to the presidency. But the Republicans who opposed the health care bill showed they neither fear nor love the president.”

“That turns the question to the consequences: In the Trump playbook, look for a power move – something that goes beyond tweets and executive orders. If we’re ever going to be tired of all the winning, the Trump White House needs some victories as attention turns to tax reform and other big agenda items.”

Great piece from @onesarahjones on what failure to repeal Obamacare can mean for single-payer. https://t.co/iByzPmnMbP pic.twitter.com/12GK6Etp0n

Politico: “Trump hoped to jump-start construction of a massive wall on the U.S.-Mexico border with money in a must-pass government funding bill. But Democratic leaders are vowing to block any legislation that includes a single penny for the wall.”

“With the GOP consumed by its own divisions, the White House and Hill Republicans will have to rely on Democratic votes to avoid a government shutdown next month in what would be another disaster for Trump’s fledgling presidency.”

“Republican leaders, wary of this, are considering a plan that would not directly tie the border wall money to the April 28 government funding deadline. Some Republican insiders worry that the president cannot afford another major legislative setback — and they believe a shutdown showdown would result in just that.”

Washington Post: “There are divisions with congressional Republicans and within the administration over who should be in charge of the effort — and how ambitious it should be, say administration officials and congressional aides. Some GOP allies say they have already produced tax legislation and that it would not make sense for the White House to produce its own. Key division points could be about whether to seek a broad overhaul of the tax code or whether to limit it to more specific provisions — such as those affecting corporations — and whether such an initiative could increase the deficit without offsetting spending cuts or changes to tax policy.”

“Within the administration, meanwhile, there are open questions about who will lead the charge on tax policy.”

Politico: “At their first sit-down as party leaders in December, Chuck Schumer pledged to tell Mitch McConnell exactly what’s on his mind going forward — no subterfuge or backbiting. ‘You and Harry didn’t get along,’ Schumer recalled saying, referring to his predecessor, Harry Reid. ‘Each of you thought the other was a liar. But I’ve learned in life if people think people are liars, sometimes they misconceive things when they don’t know the whole story.’ Schumer went on: ‘Mitch, I’m from Brooklyn. I will tell you what I think. Sometimes you’ll like it, sometimes you won’t. But I’m not going to try to surprise you.’ Schumer wasn’t kidding about laying it all out in the open.”

“The Democratic leader is now predicting victory over McConnell in two partisan confrontations about to come to a head, over the Supreme Court vacancy and a potential government shutdown. Never mind that the Democratic Party is in its weakest state in more than a decade.”

More Rick Klein and Shushannah Walshe: “It has come to this: With allegations swirling that rock the foundations of democracy, the White House is being investigated by the FBI, which is controlled by the Trump administration’s own Justice Department, and there’s a congressional committee whose chairman keeps popping up at the White House. This is becoming a crisis of credibility for House Intelligence Chairman Devin Nunes, who maintained that his visit to the White House ‘grounds’ the day before he briefed President Trump was above board and had ‘nothing to do with Russia.’”

“Democrats have now almost universally turned on the California Republican, demanding he be removed from either the investigation or the entire committee. GOP leadership on Capitol Hill seems to be calculating that calls for a special commission or a new committee will blow over. But that won’t happen as long as this news faucet drips. If this bucket needed any more filling, Trump is claiming that the questions the FBI confirmed a week ago that it’s looking into are essentially bogus. ‘Trump Russia story is a hoax,’ the president tweeted late Monday.”

“Still, it’s possible to sympathize with the White House’s enthusiasm for tax reform. After a stinging defeat with the American Health Care Act, President Trump and Republicans are looking for an easy win. But they may soon discover that tax reform is the opposite of easy, and impossible to win.”

“To expand his real estate developments over the years, Donald Trump, his company and partners repeatedly turned to wealthy Russians and oligarchs from former Soviet republics — several allegedly connected to organized crime, according to a USA Today review of court cases, government and legal documents and an interview with a former federal prosecutor.”

“The president and his companies have been linked to at least 10 wealthy former Soviet businessmen with alleged ties to criminal organizations or money laundering.”

“The votes were latest of many Democratic attempts to get Congress to request Trump’s tax returns. While none of the attempts have been successful so far, Democrats are pushing the topic to force Republicans to go on the record about Trump.”