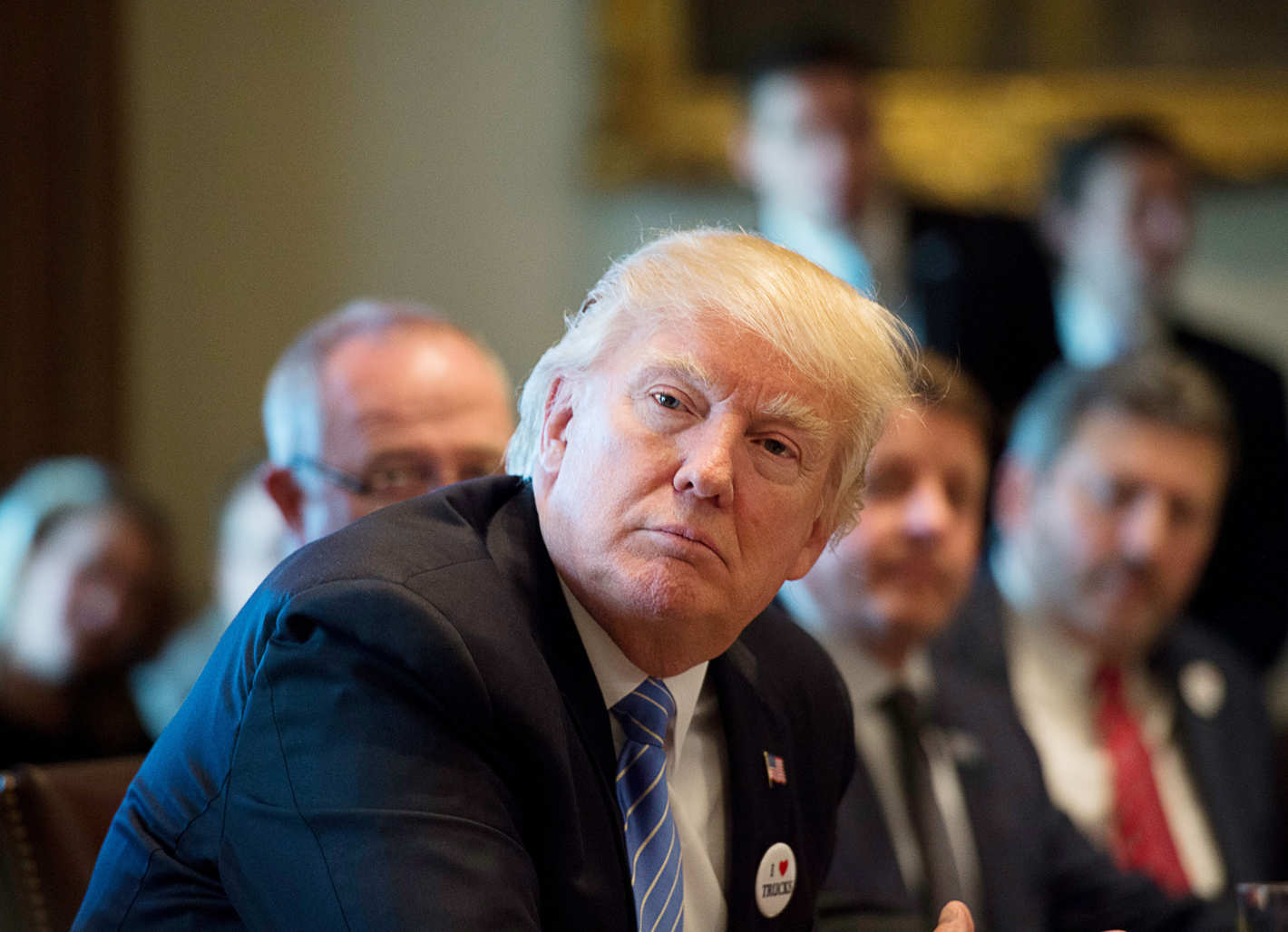 Mike Allen: “When the balky hardliners of the House Freedom Caucus visited the White House earlier this week, this was Steve Bannon’s opening line, according to people in the conference room in the Eisenhower Executive Office Building: ‘Guys, look. This is not a discussion. This is not a debate. You have no choice but to vote for this bill.’”

“Bannon’s point was: This is the Republican platform. You’re the conservative wing of the Republican Party. But people in the room were put off by the dictatorial mindset.”

One of the members replied: “You know, the last time someone ordered me to something, I was 18 years old. And it was my daddy. And I didn’t listen to him, either.”

"Victory has a thousand fathers, but defeat is an orphan," AHCA edition pic.twitter.com/JvVJORozYy

A Wall Street Journal editorial rips the Republican leadership:  “House Republicans pulled their health-care bill shortly before a vote on Friday, and for once the media dirge is right about a GOP defeat. This is a major blow to the Trump Presidency, the GOP majority in Congress, and especially to the cause of reforming and limiting government. The damage is all the more acute because it was self-inflicted. President Trump was right to say on Friday that Democrats provided no help, but Democrats were never going to vote to repeal President Obama’s most important legislation. And that’s no excuse. Republicans have campaigned for more than seven years on repealing and replacing Obamacare, and they finally have a President ready to sign it. In the clutch they choked.”

Playbook says Tax Reform, the next legislative goal on the GOP agenda, will not be easier: “It might be simpler for the New York, Wall Street-centric Trump administration to understand, because many of them have spent time in finance. But, in Washington, it’s actually harder. First of all, Congress has hardly started the tax reform process. There is deep disagreement among Republicans on the Hill, and between the Hill and the administration. For example, the House — particularly Speaker Paul Ryan and House Ways and Means Chairman Kevin Brady — are hell bent on a border-adjustment tax to help pay for lower rates. Figures in the Trump administration staunchly disagree.”

“There’s absolutely no consensus plan as of now. And the lobbyists have hardly started pounding the pavement. But when they do, there will be millions in advocacy from every business interest in the United States. In fact, because of arcane rules, Republicans don’t even know how they’ll move the legislation. We’re not saying it won’t get done. But it’s not the walk in the park that Treasury Secretary Steve Mnuchin wants you to think it is.”

“The Trump administration is chattering about taking the policy lead on tax reform — coming up with a plan, and telling Congress to pass it. According to the aides and lawmakers we’ve spoken to, that would be a mistake. Congress doesn’t take orders well.”

Washington Post: “When Helen Beristain told her husband she was voting for Donald Trump last year, he warned her that the Republican nominee planned to ‘get rid of the Mexicans.’”

“Defending her vote, Helen quoted Trump directly, noting that the tough-talking Republican said he would only kick the ‘bad hombres’ out of the country, according to the South Bend Tribune.”

“Months later, Roberto — a successful businessman, respected member of his Indiana town, the father of three American-born children — languishes in a detention facility with hardened criminals as he awaits his deportation back to Mexico, the country he left in 1998 when he entered the United States illegally.”

“Hours before the chairman of the House Intelligence Committee announced his shocking claims about surveillance of the Trump transition team on Wednesday morning, he practically disappeared.”

“Rep. Devin Nunes (R-CA) was traveling with a senior committee staffer in an Uber on Tuesday evening when he received a communication on his phone, three committee officials and a former national security official with ties to the committee told the Daily Beast. After the message, Nunes left the car abruptly, leaving his own staffer in the dark about his whereabouts.”

“By the next morning, Nunes hastily announced a press conference. His own aides, up to the most senior level, did not know what their boss planned to say next. Nunes’ choice to keep senior staff out of the loop was highly unusual.”

As this article summarizes, Paul Ryan (an Ayn Rand acolyte) has been a scammer all along. #Ryancare https://t.co/7mQnYbZkpA

New York Times: “Less than 18 months after being elected speaker, Mr. Ryan has emerged from the defeat of the health care bill badly damaged, retaining a grip on the job but left to confront the realities of his failure — imperiling the odd-couple partnership that was supposed to sustain a new era of conservative government under unified Republican rule.”

“So far, to the surprise of some close to Mr. Trump, the president has remained upbeat on Mr. Ryan, a frequent punching bag during the 2016 campaign and an ideological mismatch whose instincts informed the molding and selling of the health bill far more than the president’s own.”

“But after a humiliating defeat, which many Trump advisers are eager to pin on the speaker, Mr. Ryan is now tasked with defending not just his leadership abilities but his very brand of conservatism in a party fitfully searching for a coherent policy identity that can deliver tangible victories.”

Martin Longman says Trump’s malevolence towards Democrats and Obama have trapped him into a legislative prison of his own making.

Trump’s immigration and trade policies align with Breitbart’s vision, as does his foreign policy broadly speaking. But outside of those areas, Trump ran as much more of a supporter of big government. His desire to do big deficit spending, to protect entitlements, to put a trillion dollars into infrastructure, are all going to run afoul of anti-Obama positions that were clearly staked out over the last eight years [by the Republican Congress in general and the Freedom Caucus in particular]. These things divide Republicans to a degree that they can’t be done without some Democratic support, and nothing can be done with Democratic support unless Trump’s softens his positions on most of the things that unite the Republicans.  […]

Based on his personality and character, as well as his accumulated record, he does not seem capable of moving in the Democrats’ direction. Yet, there are no other paths. He just failed at the one gambit he had, which was to create a credible threat that he’d run to the Democrats in order to scare the Freedom Caucus into line.

[We are] ignoring the elephant in the room, which is the federal and congressional investigations of his campaign’s connections to the Russians. He needs the Republicans to be united enough behind him to create a line of defense that can hold. Having insulted so many key congressional Republicans, and running a foreign policy that is not trusted by the Republican establishment, and having made enemies of the Intelligence Community and the media, Trump can ill afford to give Republicans a reason to abandon him. That effectively cuts him off from running to Schumer and Pelosi and asking them to help him enact new tax reforms, infrastructure investment, and trade policies.

I do not feel sorry for him. But I also can’t see how he can navigate out of the prison he’s constructed for himself. He’s barely been in office for two months and he’s already cut off every possibility for success.

Ezra Klein: “Republicans would be wise to reflect deeply on what happened here. As Jonathan Chait writes, “Republicans have spent eight years fooling themselves about Obamacare. They have built a news bubble that relentlessly circulates exaggerated or made-up news of the law’s shortcomings and systematically ignores its successes.” Their attacks on Obamacare have been opportunistic and cynical in ways that made its replacement nearly impossible — having promised better coverage for more people, they were flummoxed by the fact that none of their plans achieved, or even attempted, that outcome.

Big policy change is hard. The modern Republican Party has built itself in opposition. Paul Ryan won fame designing budgets that were never meant to pass, and by criticizing Barack Obama. Donald Trump established himself as a political force through his leadership of the crackpot birther movement. This is a party that has forgotten how to do the slow, arduous work of governing. Perhaps it’s worse than that. This is a party, in many ways, that has built its majority upon a contempt for the compromises, quarter-loaves, and tough trade-offs that governing entails. They need to learn from this defeat, or they are doomed to repeat it, and repeat it, and repeat it.”

Dylan Matthews repeats his obvious conclusion that President Barack H. Obama is the most consequential and successful President in the post-World War II world.

“The utter failure of Paul Ryan and Donald Trump to pass a bill rolling back the Affordable Care Act makes one thing perfectly clear: love him or hate him, Barack Obama is one of the most consequential presidents in American history — and that he will be a particularly towering figure in the history of American progressivism.”

New York Times: “On Friday evening, a somewhat shellshocked president retreated to the White House residence to grieve and assign blame. He asked his advisers repeatedly: Whose fault was this? … Increasingly, that blame has fallen on Reince Priebus, the White House chief of staff, who coordinated the initial legislative strategy on the health care repeal with Speaker Paul D. Ryan, his close friend and a fellow Wisconsin native, according to three people briefed on the president’s recent discussions.”

Source close to the president tell Politico he’s being advised to replace Priebus and is open to possibility — healthcare was the last straw.

#TrumpCare steals billions from Medicaid and cuts taxes for the richest Americans. This is shameful. #PayMoreForLess #ProtectOurCare pic.twitter.com/CzkMwhC5hH