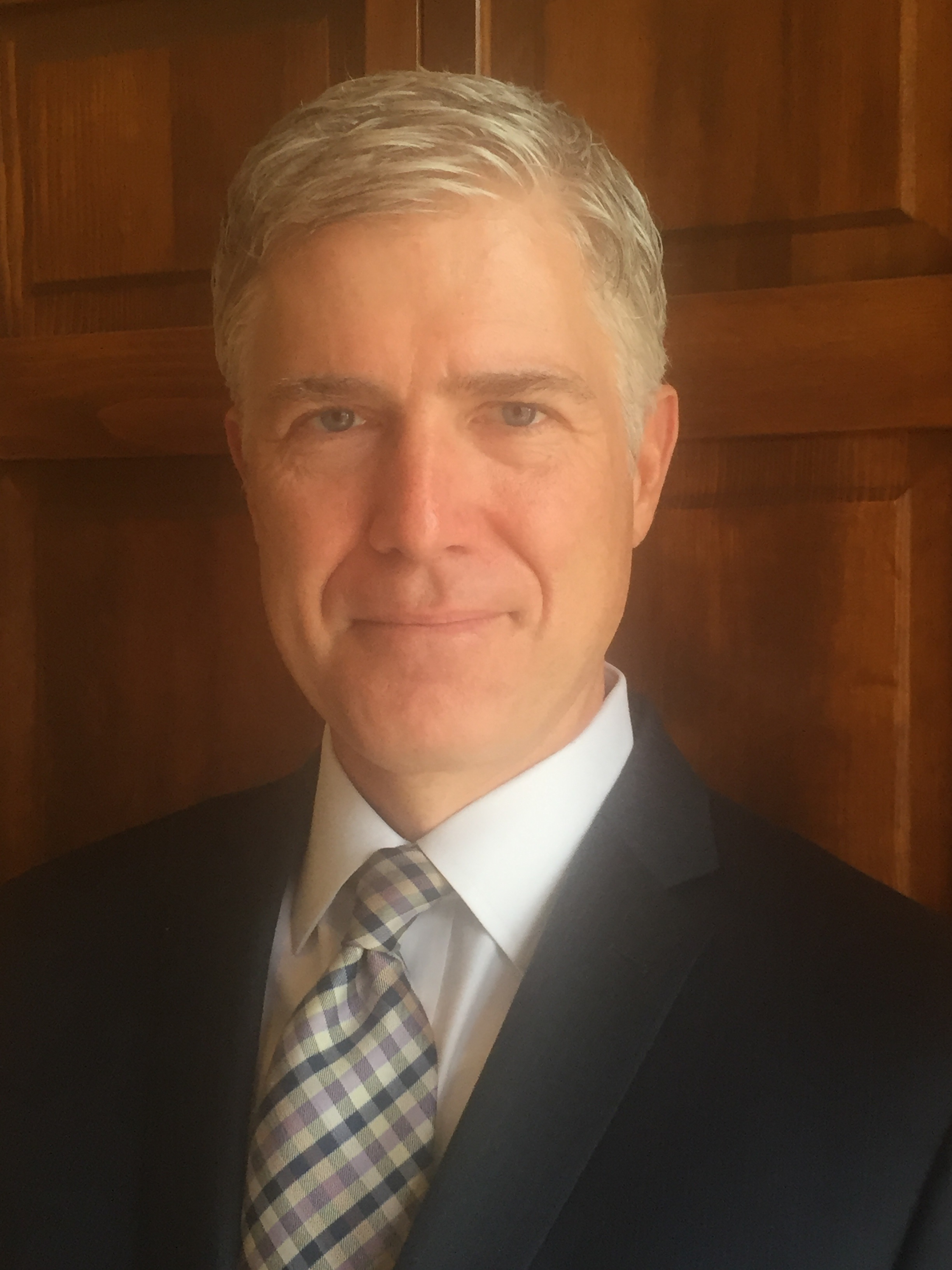 I wouldn’t be surprised.

A former law student of Judge Neil Gorsuch, President Trump’s nominee for the Supreme Court, alleges that in a course she took from Gorsuch at the University of Colorado Law School last year, the judge told his class that employers, specifically law firms, should ask women seeking jobs about their plans for having children and implied that women manipulate companies starting in the interview stage to extract maternity benefits.

On April 19, 2016, Sisk wrote, Judge Gorsuch used a hypothetical from the prepared material for the class, in which a female law student applies for jobs at law firms because the student has a large debt to pay off. The student also intends to have a family with her husband.

She recalled that few students raised their hands and Gorsuch became animated. “He said, ‘Come on, guys. All of your hands should be up. Many women do this,'” Sisk said.

“Come on, guys. All your hands should be up.” You know how women are. Amirite? If he said this then not only does he live in one hell of a bubble, but his views about how women view employment is dangerous to women’s economy.

Sadly, these opinions are all too prevalent, and they are the main drivers in obstacles to women’s advancement in the workforce. When we assign women the role of mother first (and lawyer, doctor, banker, etc. second) we allow companies to penalize them in advance. This leads to not getting the job, the raise, the promotion – why invest in a women who you believe, once she cashes in on all those maternity benefits, will leave the job after the baby is born.

There are certain things in life that are unknown until they happen. I’ve known women who planned to stay home once the baby arrived, only to decide to go back to work. I’ve known women who planned to work after having a baby, only to decide to stay home. But mostly I know women who didn’t have the luxury of that decision. They have to work to support their family. Where do they figure in to this mindset?

Employers should not be assigning future motives to their employees. They don’t have a crystal ball.

One more thing… I’ve known tons of men who go after jobs they have no intention of remaining at. They either view the job as a stepping stone to another job, or they take the job while still searching for a better job. And there’s nothing wrong with that!

But can you imagine if a man was asked if he was the main bread winner, or if his wife made more money than he did? Can you imagine him being asked, “Your wife makes more money than you, does that mean you’ll be the primary caregiver of this yet-to-be-conceived child? Because that means you’ll probably be missing work and you need to tell us now.”

Yeah, I can’t imagine that conversation either.

And, btw, I’m 100% for parental leave. Fathers need and deserve time with their child. Painting women as manipulative creatures who are out to scam companies sets us back when we need to move forward on the rights of both parents.