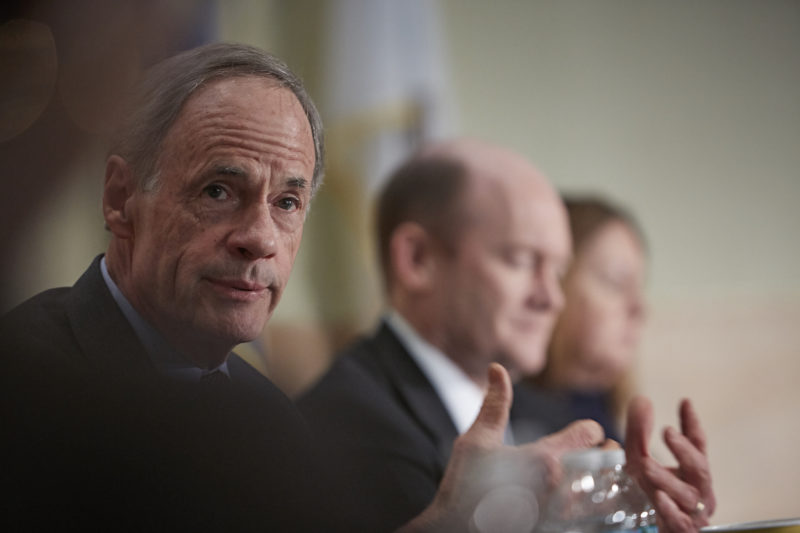 Rep. Blunt Rochester issued the following statement after the Congressional Budget Office announced that 24 million more Americans would be uninsured under the GOP’s health plan, including 14 million people in the first year alone:

“The report from the Congressional Budget Office has reinforced the importance of fixing the Affordable Care Act rather than repealing it entirely. The American people deserve a meaningful conversation in Congress about the ways we can reduce costs and continue to improve access to quality healthcare,” Congresswoman Blunt Rochester said. “Not only will 24 million more Americans lose coverage than under the Affordable Care Act, but under the American Health Care Act working class families will now be facing rising costs in addition to losing subsidies they rely on to purchase coverage. Even worse, the GOP plan abandons seniors and Americans with disabilities who rely on Medicaid, which the CBO report says will be cut by $880 billon. This plan will hurt my constituents dramatically. They deserve better.”

Kicking 14M off their healthcare plans isn't 'repeal and replace.' It's a disaster. I'll fight against this bill with everything I've got. https://t.co/FPp6tOrfN0

Maybe some day Senator Carper will realize that he should stop expecting any good faith or good ideas from Republicans.  Today is not that day.

3 comments on “Carper, Coons and LBR Reaction to CBO Score”