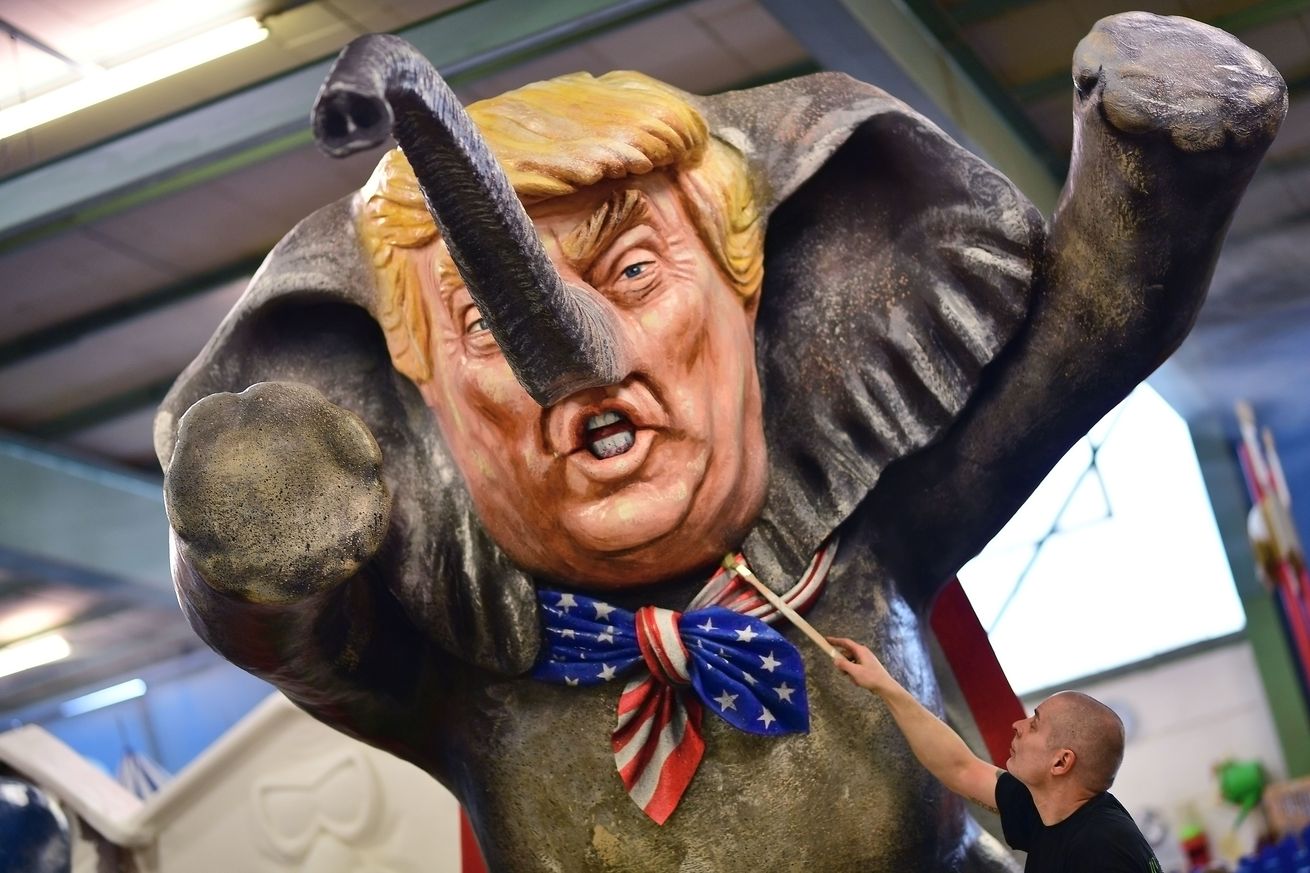 The high-profile US attorney in Manhattan, Preet Bharara, indicated Saturday morning that he would not submit a letter of resignation as requested by the Trump administration Friday — placing the President in the position of having to fire him in a public standoff, which he did on Saturday afternoon.

Bharara, who had been told after a meeting with the President-elect in November that he would stay on, felt blindsided by the move, the sources said. According to a source familiar with the meeting between Trump and Bharara in November at Trump Tower, the President-elect asked Bharara to stay on the job and they shook hands. Trump directed Bharara to go out to the cameras and tell them, “I asked you to stay.”

Roger & Me: The Guccifer 2.0 Story … @maggieNYT and me on that time Roger Stone DM'd with Russian hackers https://t.co/xeKM1gJLD9

Trump confidant Roger Stone admitted to the Washington Times that he engaged in private conversations with Guccifer 2.0, the persona behind the hacking of the Democratic National Committee, but insisted the chats were “innocuous.”

The Smoking Gun reports that U.S. authorities had obtained private messages between Stone and the hacker.

“In the three years before he became Donald Trump’s chief strategist, Stephen K. Bannon lived as a virtual nomad in a quest to build a populist political insurgency,” the Washington Post reports.

“No presidential adviser in recent memory has followed such a mysterious, peripatetic path to the White House. It was as though he was a man with no fixed address… In the digital age, when most Americans leave a clear footprint of their whereabouts, Bannon left a meandering trail filled with ambiguity, contradictions and questions.”

Read @rickhasen's detailed analysis on why the Texas redistricting ruling could be so important: https://t.co/ufwJc76PAh

“A federal court panel late Friday invalidated three Republican-drawn congressional districts in Texas, including one in Travis County, for violating the U.S. Voting Rights Act,” the Austin American-Statesman reports.  “However, in voiding the districts, drawn by the Texas Legislature in 2011, the panel did not mandate or discuss any remedies to correct the problems.”

“But the long-awaited ruling has the potential to create more districts with larger populations of Latino voters, ‘and probably more Democratic districts, which would be good for Democrats in Texas, and also nationally.’”

Philip Klein of the Washington Examiner:  “The current healthcare plan proposed by Republicans, in preserving a lot of spending and regulations, was designed to blunt Democratic attacks that they are stripping health insurance away from millions of people. But by providing less generous subsidies than Obamacare, the GOP is already subjecting itself to such an attack. Because it repeals Obamacare’s taxes but retains a significant amount of spending, it isn’t clear it would reduce the deficit. If it doesn’t, Democrats could be able to use a score from the Congressional Budget Office to make the following politically potent attack: the Republican plan throws millions of people off of health coverage while increasing deficits.”

Paul Ryan on why his plan gives the rich a huge tax cut: "I'm not concerned about it." https://t.co/XzSvq2AOgz pic.twitter.com/PBSgKjVnZF

“The White House this week may have found the key to keeping President Trump from saying something controversial, wrong or downright crazy: not allowing him to interact with the media at all,” the Huffington Post reports.

“In a dramatic change from his first six weeks in office, White House staff cut way back on the number of events covered by a small group of reporters, and Trump made sure that only the pre-planned words and images wound up in the news each day by declining to answer questions shouted to him by the press.”

Pence says he didn't know abt Flynn's lobbying work for Turkey. Cummings told him about it in Nov. We can't believe a word anyone in WH says pic.twitter.com/xwFBy39cwg

Ezra Klein: “Quietly, the idea that the House bill is designed to fail is percolating around Washington. I’ve heard it from a half-dozen people now. The law’s construction is shoddy. The outreach has been nonexistent. The hypocritical, hyper-accelerated process is baffling. Nothing about it makes sense.”

“One source familiar with the Russia investigation resorted to a mathematical equation to divulge — sort of — the number of agents assigned to the matter,” CNN reports.

“It’s five to 10 fewer than were assigned to the Hillary Clinton email investigation, said the source, who is not authorized to speak publicly and did so on the condition of anonymity. There were about two dozen dedicated to that case, so that makes 15 to 20 on the Russia investigation.”

“The resources assigned to the Clinton investigation were in response to agents having to sort through a vast amount of electronic data in a finite period of time before the then-looming presidential election, the source said. With the Russia probe, there is no such time pressure and efforts are more focused on interviews with human sources.”

“A civil war has broken out within the White House over trade, leading to what one official called ‘a fiery meeting’ in the Oval Office pitting economic nationalists close to Donald Trump against pro-trade moderates from Wall Street,” the Financial Times reports.

“According to more than half a dozen people inside the White House or dealing with it, the bitter fight has set a hardline group including senior adviser Steve Bannon and Trump trade adviser Peter Navarro against a faction led by Gary Cohn, the former Goldman Sachs executive who leads Mr Trump’s National Economic Council.”

“The officials and people dealing with the White House said Mr Navarro appeared to be losing influence in recent weeks. But during the recent Oval Office fight, Mr Trump appeared to side with the economic nationalists… The battle over trade is emblematic of a broader fight on economic policy within the Trump administration.”

“President Trump and House Republicans are pressing forward with a high-risk strategy to repeal and replace the Affordable Care Act, disregarding the views of medical professionals and potentially imperiling the party’s political future in conservative states where many voters stand to lose their health care,” the New York Times reports.

“The effort could cause upheaval in an already roiled insurance market next year, as Republicans face voters for the first time with Mr. Trump in the White House — though that turmoil would happen only if the plans manage to clear a divided Senate.”

“Mr. Trump is showing only a tenuous grasp of the legislative process and mercurial leadership in rounding up support. But Republicans who spent seven years promising to scrap President Barack Obama’s signature domestic achievement say their strategy is worth the risk.”

In an interview with Breitbart, Sarah Palin slammed House Republicans’ healthcare proposal, predicting that President Trump “will step in an fix it.”

Palin began her interview dubbing the bill “RINO-care” and saying it still had aspects of “socialism” about it.

Said Palin: “Remember this is government-controlled healthcare, the system that requires enrollment in an unaffordable, unsustainable, unwanted, unconstitutional continuation of government-run medicine, and even in this new quasi-reformed proposal, there is still an aspect of socialism,” said Palin, a Trump ally. “That’s the whole premise here.”