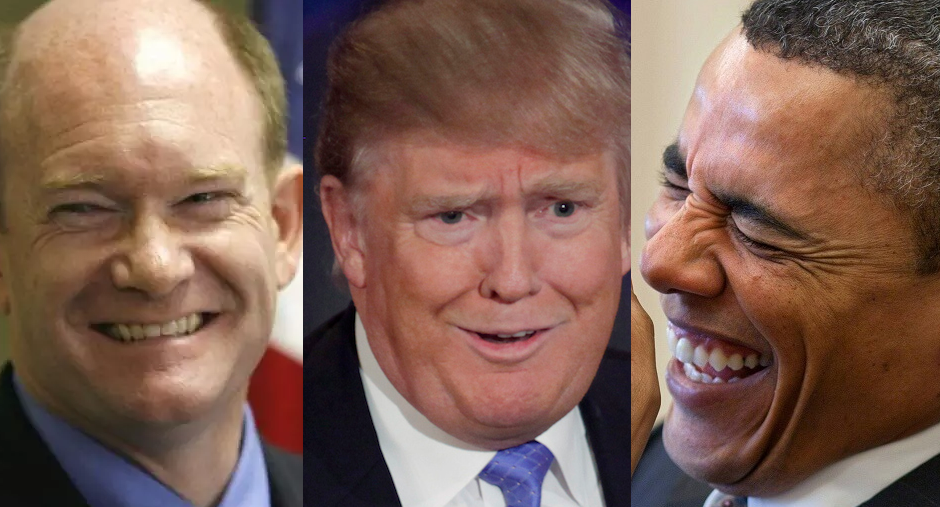 Here are his tweets:

First off, let’s assume what Trump is saying in true.  Trump Tower would have only been tapped either through FBI or FISA warrant pursuant to an ongoing investigation of Trump’s personal connections and conversations with Russia.   So is Trump confirming that for us?   He says he just found out.   Did he see something on TV?

Some more reaction to the meltdown:

Journalists know: When leaders go berserk, furiously denying there's anything going on, blaming others–that's when you're getting close.

The more you know: If the FISA court approved tapping Trump's phones, it was legal, which is not like Watergate at all.

The other possibility is that Trump is flipping into an outright personality breakdown in full public view.

Fact check: President Obama did not order wire taps — that would be James Comey, head of the FBI. https://t.co/R8sOmgpG8P

Trump's tweets suggest: 1.) he was personally under investigation for illegally colluding with a hostile power; 2.) he's seriously unstable.

Is President Trump being preemptive here? Does he know/suspect there are transcripts of him talking to the Russians or their assets? https://t.co/f5TTVSH1g3