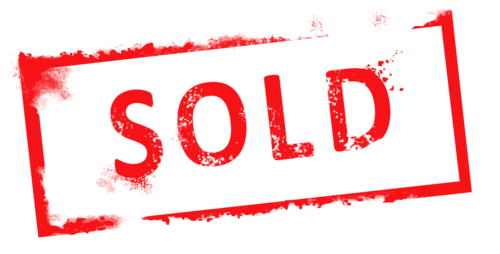 The News Journal has a relatively new education reporter, Jessica Bies. I met her at one of Colonial’s referendum forums and she seems intelligent, nice, and genuinely wanting to learn and cover the educational landscape in Delaware which means the News Journal absolutely won’t let that happen. She’s done a pretty good job thus far though, given who she works for. Let’s take an example, by now I’m sure you’ve seen this article:

And before I go any further, let me get this out of the way right now: the purchase of that building by Superintendent Joe Wise and his Band of Merry Morons in 2005 was a complete turd sandwich and total screw up on all fronts.

Of course they followed correct procedures, except for one nitpicky thing: actually having the money to turn it into a school. It was an industrial building that had to be completely gutted, cleaned up, and renovated from the inside out. Tell me why the District didn’t opt for purchasing land and building another school if they needed it? Who knows.

The actual content of this article is okay, it’s missing some key context though and the tone is standard-fare News-Journal-Hates-Christina, but overall when it comes to a News Journal piece about Christina School District, it could have been much worse. Moving on.

Things I feel are quite important that were left out of or not made clear in the article for one reason or another:

One of the big things I am glad Ms. Bies addressed was the classic anti-operating referendum theme of “If the District needs more money, sell that building!” I am glad she explained it. You cannot take profit made on a building sale and use it to pay operating expenses. That’s illegal and would severely chafe Tom Wagner’s office. You can only use the proceeds to pay off the bond debt, either relating to the building you just sold if there’s any debt left over, or to other bonds the District holds with the State. Capital Costs & Capital Revenue | Operating Costs & Operating Revenue. That line separating each side is impenetrable.

The only, and I mean only, place the District can now save operating money is through not paying for utilities for that building. Given that the damn thing sat nearly empty for 12 years, that savings will be miniscule.

Major capital projects for School Districts go like this.

You’re overcrowded and need more space. No matter what option you choose to expand your district, the money to pay for it comes from both the State and your local residents’ property taxes. In Christina’s situation, the split between State and Local money is about 60/40 for major capital projects.

When you establish the costs of whatever you decide to do, let’s say build a new school, you enter into bond negotiations with the State. After cutting through the red tape, it essentially reduces down to this: if your project costs are say, $10 million, the State says “Christina School District, you must go to your residents and gain their approval to recover $4 million of that cost (40%) by raising a component of your school taxes called the Debt Service Tax enough to generate that $4 million over 20 years.” The District then goes out for a Capital Referendum. If a majority of supports vote for the additional tax, the District enters into a bond agreement with the State, and your $10 million project is started. The District then recovers its side of the costs incurred (the 40%) by the project over 20 years (usually) through revenue raised by the voter-approved increase of the Debt Service Tax.

What you cannot do with ANY of the money raised through the bond and capital referendum processes is use it to pay for ANYTHING OTHER THAN COSTS INCURRED BY THE PROJECT. Stated another way (redundant, aren’t I?) if the District needs more money to pay for teachers, it cannot sell a piece of prime real estate and use the profits to pay teachers. Say it with me: That. Is. Illegal.

So Ms. Bies, a genuine thank you for even putting that in your piece. And to the former Astro Power building: GOOD RIDDANCE. May Del Monte prosper with their purchase.

4 comments on “Sold with a Capital S”