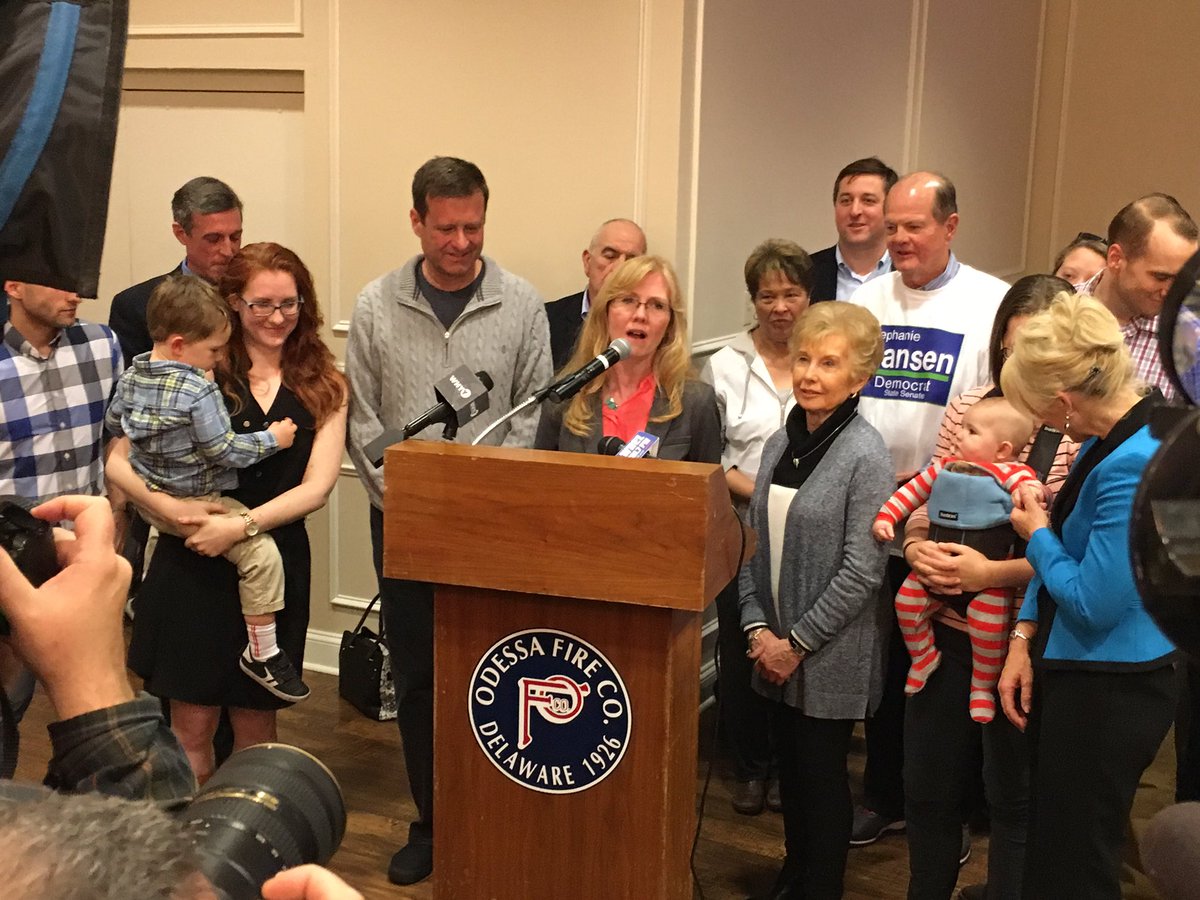 But my theory has flaws.  Many factors determine who wins an election and why.  National events matter, and it will be the story tomorrow and going forward that this election was nationalized as the first off year election in which Democrats got a chance to voice their extreme disgust towards President Trump.  The insanely high turnout for an off year Saturday February special election, and the large amount of money donated point to a Democratic electorate that was itching at the chance to vote against Trump.   But, candidates do matter.  And campaigns do matter.

Campaign Manager Erik Raser Schramm put together an amazing staff and organization.  They engaged in door to door retail campaigning throughout the large district.  The campaign attracted passionate and energized volunteers.   They raised enough money to dominate the airwaves, which is now a requirement in Delaware for any contested race, as the Democratic Congressional primary proved.

But, that wouldn’t be possible if you don’t have a good candidate.  Stephanie Hansen was a spectacular candidate in this race, and she well deserves this victory.   She ran a great campaign and was really impressive on the campaign trail.   Yes, opposition to Trump ran up the numbers, but if you don’t have a good candidate or campaign organization to start off with, energy and enthusiasm can die off.   I have seen it happen time and again.

So as Vice President Biden said tonight at the Hansen victory party: Let’s turn this into a national movement!