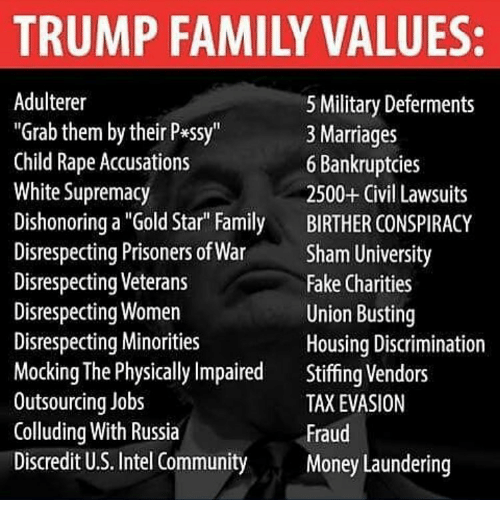 I don’t think I’ve ever seen a values system abandoned so quickly. Okay, I always knew Republicans didn’t care about family values, but we’ve moved past them not practicing what they preach into full blown endorsement of the seven deadly sins.

CPAC (Conservative Political Action Conference) has announced its keynote speaker, Milo Yiannopoulos, and lots of video has surfaced of him defining pedophilia as only sex with prepubescent children. Once puberty hits, sex with adults is… okay?

American conservatives have expressed anger at the booking of rightwing provocateur Milo Yiannopoulos as a conference speaker after footage emerged in which he discusses sex between “younger boys” and older men.

In an internet livestream, Yiannopoulos, a news editor at Breitbart who was permanently banned from Twitter in July 2016 for instigating abuse of the Ghostbusters actor Leslie Jones, says “you can get quite hung up on this child abuse thing”.

He goes on to suggest that sex between “younger boys” and older men could be a “coming-of-age relationship … in which those older men help those younger boys discover who they are”.

He also details a relationship he had with a Catholic priest when he was a teenager.

After the release of the video prompted outrage among conservatives on Twitter, Yiannopoulos used a Facebook post to deny supporting paedophilia and claimed the video had been “selectively edited”.

“I did say that there are relationships between younger men and older men that can help a young gay man escape from a lack of support or understanding at home. That’s perfectly true and every gay man knows it. But I was not talking about anything illegal and I was not referring to pre-pubescent boys.

Joe.My.God. has the videos. You should watch them all. Milo claims they’re edited, but, even if that’s true, there’s just no way to put his words into acceptable context. 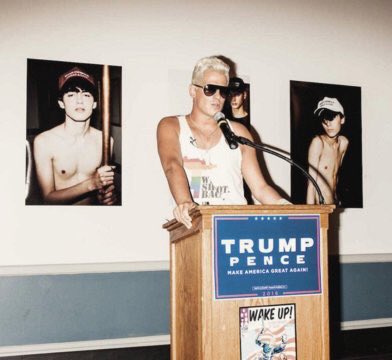 Milo Yiannopoulos speaking at a party back in July 2016.

How old to the naked boys on the posters look? @mschlapp

They look really young to me. I feel sick to my stomach. But CPAC, and those attending this year – including Donald Trump and Mike Pence – seem okay with this. Why? Look, Milo Yiannopoulos is who he is, but the real question is who are Republicans? How can the GOP fight against the LGBTQ community, police women’s bodies and constantly screech, “What do we tell the children!” while putting forth Milo as their keynote speaker at CPAC. CPAC!

Is there any stated value Republicans won’t abandon?

Preying on children is the definition of evil. Justifying it in any way is sick and disturbing. Has everyone lost their minds?

That’s a good question. Has everyone lost their minds? Or is it that Republicans never believed all the family values talk they’ve spewed for years. I’m not sure if Milo will remain the keynote speaker at CPAC this year. What I do know is that the GOP, knowing who he is, has no trouble attending the conference, and CPAC had no trouble booking him. I vehemently disagree with Yiannopoulos, but that isn’t the point. The point is that Conservatives are obviously okay with him and his (not hidden) positions. Every Republican attending CPAC needs to explain why they’re okay with this.

Here’s a list of the 7 deadly sins. Please, add your examples of Republicans fulfilling them.

Sloth – Have you seen Trump and Bannon?

Have at it, because I’m at a loss for words. Other than… hypocrites.

2 comments on “The Family Values Party?”