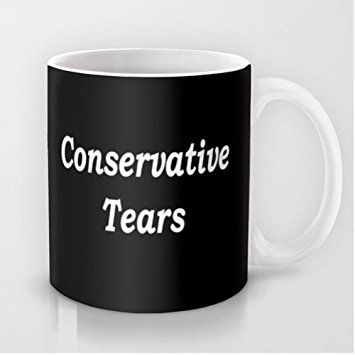 Articles like the NYT Are Liberals Helping Trump are standard operating procedure when it comes to Republicans. It’s always about their feelings and how it’s the job of progressives to be nice to them. Something that is never asked of Republicans.

Mr. Medford should be a natural ally for liberals trying to convince the country that Mr. Trump was a bad choice. But it is not working out that way. Every time Mr. Medford dips into the political debate — either with strangers on Facebook or friends in New York and Los Angeles — he comes away feeling battered by contempt and an attitude of moral superiority.

“We’re backed into a corner,” said Mr. Medford, 46, whose business teaches people to be filmmakers. “There are at least some things about Trump I find to be defensible. But they are saying: ‘Agree with us 100 percent or you are morally bankrupt. You’re an idiot if you support any part of Trump.’ ”

No, Mr. Medford, you chose a side, all by yourself.

Blaming other people for his choices is convenient and immature. He’s the victim. Abandoning your stated beliefs because someone was mean to you on Facebook shows me the strength of your convictions. If you can walk away from issues you claim concern you because your feelings were hurt then your core beliefs are based on your convenience – they aren’t rooted in substance and I’d bet that those issues are ones you feel you deserve a cookie for supporting because they don’t affect you personally.

Protests and righteous indignation on social media and in Hollywood may seem to liberals to be about policy and persuasion. But moderate conservatives say they are having the opposite effect, chipping away at their middle ground and pushing them closer to Mr. Trump.

Oh please. I’m so tired of this argument. And it’s embarrassing how it’s been employed by liberals and conservatives.

Of course, moderate conservatives (an oxymoron if I ever heard one) ignore the policy contained in the protests. They don’t want to debate policy they can’t defend (or even know what the policy is), other than on an emotional level. Instead, they pretend that if only liberals/progressive were nicer to them we could change their minds. And articles like the one linked to above are never written about Republicans – no one ever says Republicans should be nicer to Dems.

And some progressives bought into this nonsense every time they lamented over the plight of white working class men while pointing blame at white women and minorities. For some reason, progressives had plenty of compassion and understanding for a certain group of Trump voters. And not only compassion – the speed in which some progressives blamed identity politics Civil Rights revealed the strength of their convictions, as well. It isn’t just “moderate conservatives” who feel they deserve a cookie.

I scratch my head every time I hear progressives say “we need to appeal to the white working class men (It has to be men, right? Given that white Trump voting women have been consistently called out without a similar call for understanding.) while, at the same time, berating Dems who they call Republican-lite. Pick a side. Because it can’t be “we need to appeal to these Trump voters” and “Dems have to be and act like Dems”. Mainly because appealing to these Trump voters means adopting some unsavory Republican positions – mainly speaking specifically to white people while demonizing minority groups. And every time we call out “identity politics” (which is exactly the same thing as political correctness, btw – so congratulations if you’re using these R talking points! Good job!) we aren’t only wooing the un-wooable, we’re alienating our base.

But the real problem for these Trump supporters seems to be their love life.

Mr. Youngquist stayed in the closet for months about his support for Mr. Trump. He did not put a bumper sticker on his car, for fear it would be keyed. The only place he felt comfortable wearing his Make America Great Again hat was on a vacation in China. Even dating became difficult. Many people on Tinder have a warning on their profile: “Trump supporters swipe left” — meaning, get lost.

Hmmm… Mr. Youngquist voted for defunding Planned Parenthood and against reproductive rights for women and is now whining about not being able to get a date? Oh, the irony. Not to mention his sense of entitlement.

He came out a few days before the election. On election night, a friend posted on Facebook, “You are a disgusting human being.”

“They were making me want to support him more with how irrational they were being,” Mr. Youngquist said.

Okay. Progressives are irrational, but Mr. Youngquist’s decision to strengthen his support of Trump based on a FB conversation is logical? That’s a stunning disconnect. He, and Mr. Medford, are saying, be nice to me or I’ll be forced to vote against my true values!

And I’m not saying that being mean to someone won’t result in their planting their feet. It does. But that just brings us back to the question if being nice would work? If there feet are already planted and this behavior is just their excuse. That makes the most sense.

And wouldn’t ya know, Mr. Medford is having dating problems as well:

Late last year, he hit it off with a woman in New York he met online. They spent hours on the phone. They made plans for him to visit. But when he mentioned he had voted for Mr. Trump, she said she was embarrassed and didn’t know if she wanted him to come. (He eventually did, but she lied to her friends about his visiting.)

“It invalidated anything that’s good about me, just because of how I voted. Poof, it’s gone.”

Sorry, but it didn’t invalidate anything good about you, Mr. Medford. It revealed your values – and made her question who you really are and if you’d be compatible. It’s a “show me your budget and I’ll tell you what you value” sort of thing. Elections have consequences, gentlemen. You don’t get to vote against reproductive issues and for a sexual predator and then complain women won’t date you. Next we’ll have KKK members whining about how black women won’t give them a chance – It invalidated anything that’s good about me, just because I wear a white hood. Poof, it’s gone.

Last spring there was an article going around that Dems welcome “pro-lifers” into the party. The suggestion was put forth by “pro-lifers” who were unhappy with Trump and stated there was common ground to be found between Dems and them. I asked this question on the FB post:

“Please explain the common ground to me. Let’s say that Dems go with this plan and then enact the proposal/compromise cited: Abortion illegal after 12 weeks. Then what? Pro-lifers say, “Okay, we’re good with abortion before 12 weeks? We won’t ask for more? Flesh this out for me, because I’m not seeing it happening that way.”

And the answer to my question was… crickets. Because there was no common ground. And there still isn’t.

14 comments on ““Are Liberals Helping Trump?” The Sort of Question No One Ever Asked Republicans When Obama Was President”