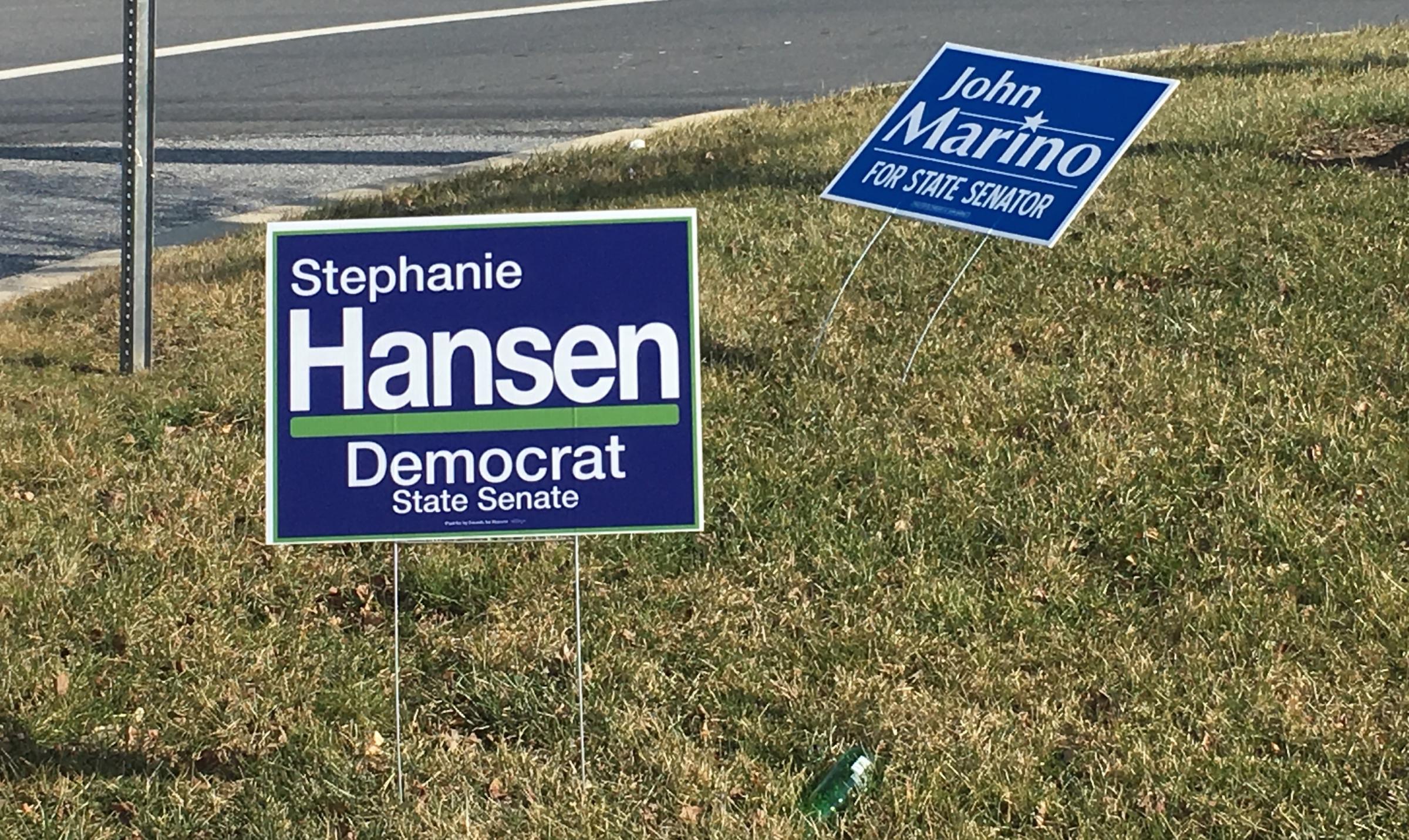 Stephanie Hansen’s campaign is benefiting from the Anti-Trump sentiment among the vast majority of Americans and Delawareans.  From the Huffington Post:

[I]t was surprising that the Saturday morning rally attracted a massive turnout of volunteers willing to knock on doors encouraging votes for Hansen. “Usually, if you have a weekend canvass, if you have 20 or 30 volunteers that was always hitting it out of the ballpark,” said Erik Raser-Schramm, Hansen’s campaign manager. That day, 250 showed up.

Hansen’s campaign is benefitting from the outpouring of anger and activism that has erupted since the election of Donald Trump as president. Millions of frustrated Americans filled the streets the day after Trump’s inauguration for the national Women’s March protests. Many participants had never been to a protest or thought of themselves as activists before.  That activism is now beginning to flow into state and local politics. The special Senate election in Delaware on Feb. 25 will be its first test.  […]  “The increase in numbers of the people getting involved has really been extraordinary,” said Lisa Goodman, executive director of Equality Delaware, who spoke at the Newark march. “Many of those people have been energized by wanting to push back policies coming out of Washington.”

Carolyn Fiddler, of the Democratic Legislative Campaign Committee, said volunteers working for Hansen would knock on 60,000 doors before the campaign is over.  “Our field operation is off the charts, as is volunteer activity,” Fiddler said. “Organizers and volunteers have already knocked on over 30,000 doors, and they’ve made over 28,000 phone calls.”   There are only 31,000 doors to knock on in the district. […]  Sonia Sloan, 88, is hosting a fundraiser for Hansen in the final days before the special election. This longtime Democratic Party activist said she hasn’t seen this much energy and excitement since she chaired the 1968 presidential campaign of Eugene McCarthy in Delaware.

The increased volunteer numbers and activity is matched by the increase in donations. From the News Journal:

The February special election that will decide which party controls the state Senate has been the most expensive General Assembly race Delaware has ever seen.  More than $550,000 has been spent to deluge residents of Middletown, Glasgow and southern Newark with mailers, phone calls and television and digital ads. A Delaware Senate race usually “costs” each candidate about $50,000 – or $100,000 for a particularly fierce race, political operatives say.  […]

A new political action committee, First State Strong, has dropped more than $380,000 to support Hansen, on top of more than $60,000 her campaign itself has spent. […]  Marino’s campaign has spent more than $30,000, and its primary PAC ally, FirstStateFirst, has spent more than $35,000. Marino also has received donations from pro-gun, anti-abortion and anti-tax groups. But the Republicans have not come close to matching the Democrats’ firepower.

The money is being used by First State Strong to air ads on cable TV in Delaware.   I saw one myself this week on the Chris Matthews’s show on MSNBC, which tells you something about the targeting of the ad.  The PAC is aiming to motivate the Democratic base in Delaware, and given the volunteer numbers, it is working.