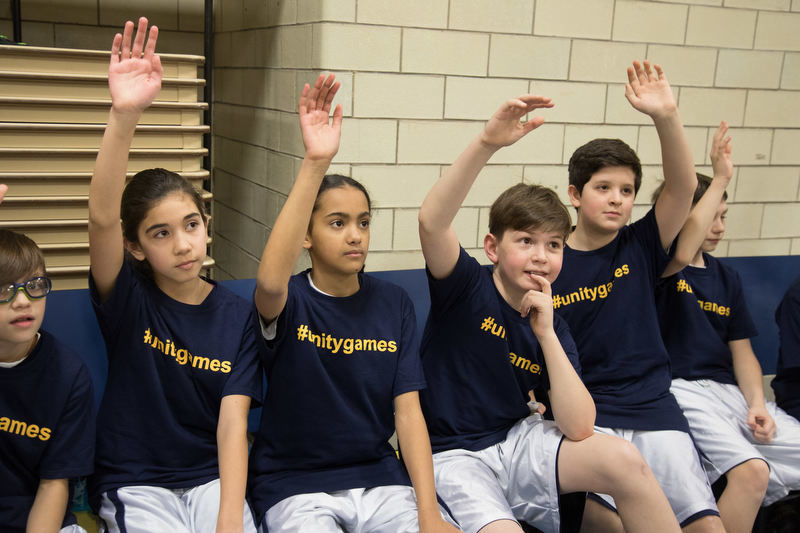 The archdiocese could learn something from these kids.

CLARK — On Friday night, after four years of CYO basketball together, the nine boys and two girls on the St. John’s 5th grade team had to make a decision: Play without the girls or give up the rest of the season.

Two weeks prior, the team was told by the league’s director that they should never have played as a coed team and the girls would not be allowed to play on the team for the last two games of the season.

Parents said the team’s record was wiped, too, since the girls had played in those games “illegally.” But no one expected what was coming next: The boys, hearing the news, decided they simply would not play ball without their girl teammates.

Sounds like something Jesus would do. And I’m not even religious!

These kids are amazing. The Catholic archdiocese set up a situation that pitted boys against girls – that, in essence, made the girls the problem. The archdiocese created a situation where the boys would be punished if they stuck with the girls. It would have been so easy for the girls to have been blamed and the boys to continue playing, but these 10 year old boys resisted that scenario and kept the team together and forfeited their season.

“Is your decision to play the game without the two young ladies on the team, or do you want to stay as a team as you have all year?” asked parent Matthew Dohn. “Show of hands for play as a team?”

Eleven hands shot up in unison. No one raised a hand when asked the alternative. Assistant coach Keisha Martel, who is also the mom of one of the girls, Kayla Martel, reminded the team of the consequences. They had been told that playing the girls would mean the rest of the season would be forfeited. “But if the girls play, this will be the end of your season. You won’t play in the playoffs,” she warned.

“It doesn’t matter,” one boy replied and others echoed, before the team began to chant, “Unity!”

Unity, indeed. And how did other adults behave?

The refs wouldn’t take the court. The St. Bart’s team, who had already warmed up, exited the gym. Some St. Bart’s parents, hearing about the drama, told St. John’s parents they were sorry and that they would have loved to have played, but it was out of their hands. The St. Bart’s coach would not comment for this story.

Now there’s a show of courage. The refs and St. Bart’s parents/coaches should be ashamed of themselves. It wasn’t “out of your hands”. It was 100% in your hands. They had a chance to make a stand, and instead, slinked away. Nice lesson you taught your kids. The biblical references almost write themselves. But there are rules!

Jim Goodness, spokesman for the archdiocese of Newark, said rules specifically state the teams should be boys or girls only, and said St. John’s athletic director, Jack Cajuste, admitted he made an error in allowing the team to exist this way for the past four years.

In league rules obtained by NJ Advance Media, there is no mention of whether the teams in the St. John’s team’s division – the JV black league – can or cannot be coed, though other divisions are mentioned as strictly boys or girls teams.

I’m sure this is an oversight. I’m even more certain that it will be amended to make sure girls never play on a boys’ team ever again. Remember, these are ten year olds.

“They’re kids and all they wanted to do was play,” said Rob Martel. “This is adults that couldn’t figure out how to let the kids play two more games. This isn’t the WNBA or NBA. … They’re just trying to get better, and I think they got better today.”