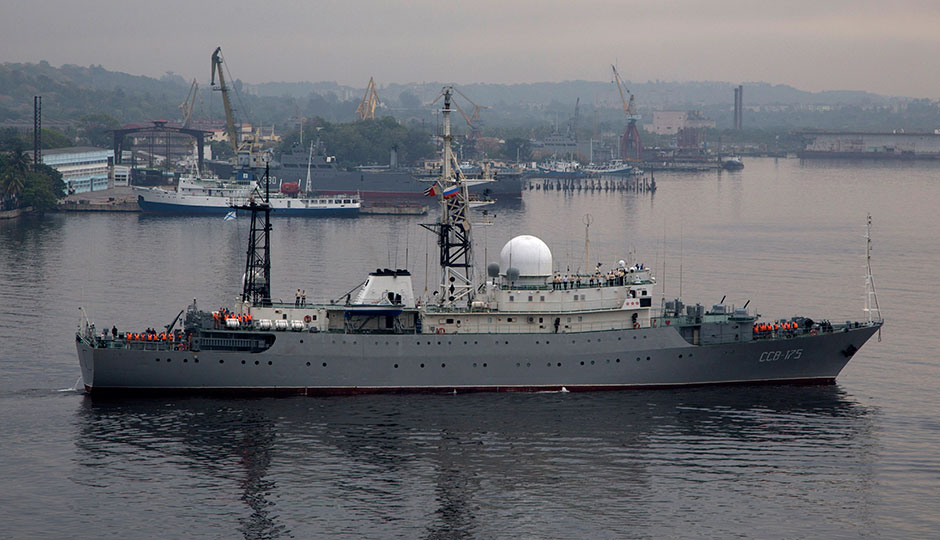 To Arms my fellow Delawareans!!  To Arms!

A Russian spy ship was spotted in international waters off the coast of Delaware, CBS News is reporting.  FOX News reports the ship was the SSV-175 Viktor Leonov, and was spotted about 70 miles off the coast of the First State. The U.S. boundary is 12 nautical miles.  CBS reports the ship is expected to head north until it gets to the sub base in New London, Conn., then turn and head south towards Cuba.

The Viktor Leonov is a Vishnya-class intelligence ship constructed by the Soviet Navy in the 1980s.

7 comments on “Delaware to War with Russia”