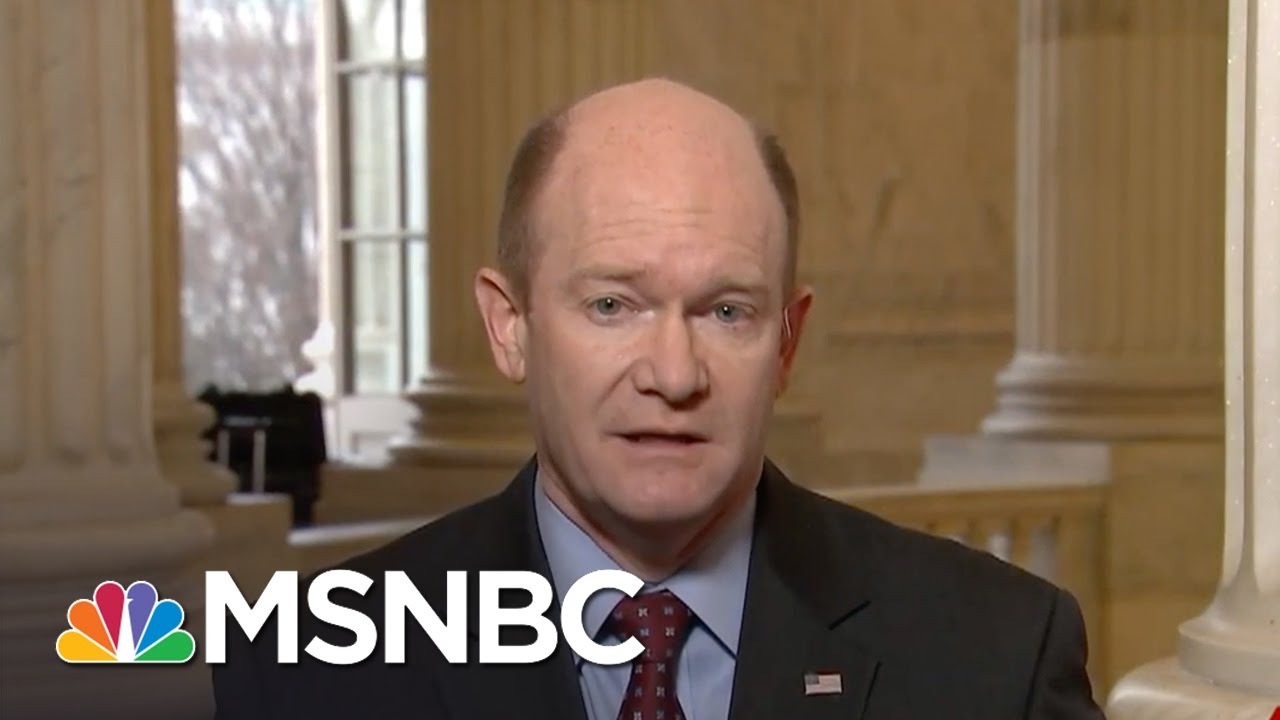 “Why was General Flynn allowed to continue to be National Security Advisor, to be in the highest level of security deliberations for weeks, when it was known that he may well be compromised?” said Senator Coons.  “Was he freelancing on his own? Was this inadvertence? Was this incompetence? Or was this intentional? And frankly, I think this leads to an important question: what did President Trump know? What did he know and when did he know it, and why wasn’t there action taken sooner to protect our national security? We have ballistic missiles going off in North Korea and Iran; we have an active military campaign against ISIS. This is no time for a National Security Council led by someone who is a clear security risk.”

Senator Coons on what happens next: “There is an ongoing investigation in the Senate Intelligence Committee. That needs to be a thorough, wide-open investigation of this entire trail. There also, frankly, should be a hearing and there should be an investigation on the Senate Foreign Relations Committee and on the Senate Judiciary Committee. This isn’t just about what happened with General Flynn. This is about Russian interference in our last election and about upcoming elections in our vital allies in Europe. We’ve already heard from national leaders in Germany and France and Holland that they’re seeing exactly the kind of actions by the Russians to interfere with and undermine their democratic elections as happened here. This is an important issue of national security, and we need to address it in a bipartisan way. I am hopeful that ultimately Republicans will join with Democrats here in the Senate and agree that we need an independent study. We need an independent commission to investigate this. But, as of right now, the Senate Intelligence Committee is the committee handling it.”

2 comments on “Coons channels Pandora: “What did the President know, and when did he know it?””