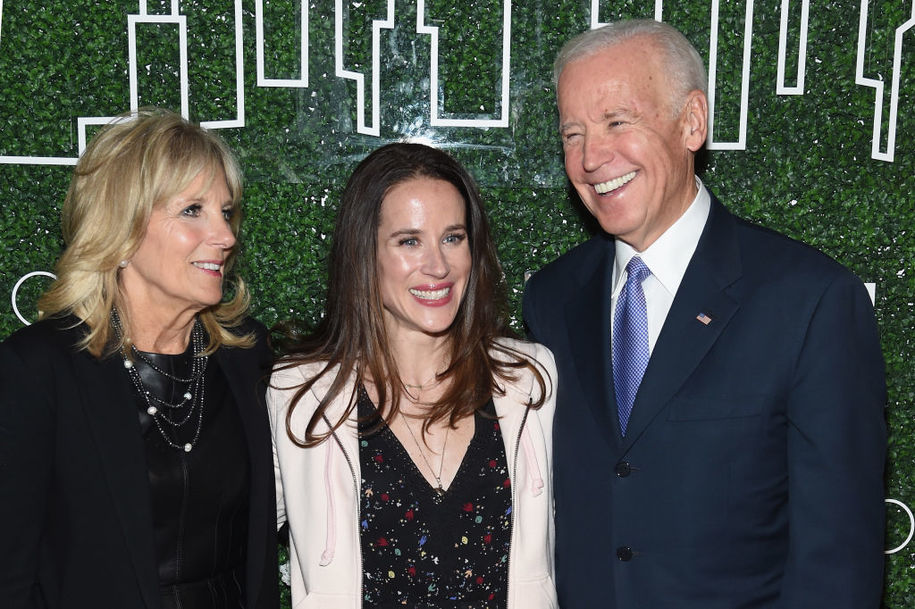 Ashley Biden, the daughter of former Vice President Joe Biden, and the Executive Director of the Delaware Center for Justice, is launching a new clothing line.  I know, I didn’t know she had fashion skills either.  But whatever, I like the political statement.  From Teen Vogue:

Ashley’s line, called Livelihood, is produced exclusively for the e-commerce site Gilt, which has previously partnered with philanthropic initiatives like (RED). With her day job as a social worker in Delaware, she was able to see firsthand how communities suffered from a lack of resources. In fact, the two ZIP codes that will benefit from the first round of funding are Anacostia, D.C., where Ashley was first posted, and Wilmington, Delaware, where she was born.

Livelihood’s products will be 100% made in the USA, unlike Ivanka’s failing products, which are made in China.   “Her commitment to trying to change the world for the better is more intense than even mine has been,” added former Vice President Joe Biden speaking to the crowd.   Like father, like daughter.