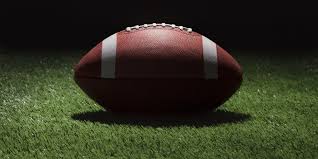 At least three members of the Super Bowl-winning New England Patriots have said they will not visit the White House for the traditional meeting that championship teams have with the president.

The Pro Bowl linebacker Dont’a Hightower became the latest to bow out when he told ESPN on Wednesday, “Been there, done that,” having visited with a championship Alabama team.

Tight end Martellus Bennett told reporters after the Super Bowl that he would not go: “It is what it is,” he said. “People know how I feel about it. Just follow me on Twitter.” The outspoken Bennett had joked that he might move to outer space after Donald J. Trump was elected.

The Pro Bowl safety Devin McCourty, a team captain, told Time magazine: “Basic reason for me is I don’t feel accepted in the White House. With the president having so many strong opinions and prejudices, I believe certain people might feel accepted there while others won’t.”

This is the sort of story that Trump can’t resist. First, it’s simple, unlike National Security briefings, so he’ll get it. Second, it plays into his “I won the popular vote” and “my inauguration crowds were the biggest ever” mentality. The man cannot handle anything less than complete adulation. So… buckle up.

Nelly (I’ve always loved Nelly and his music) cuts through the hand wringing and puts the “controversy” in the clearest of terms. Watch the video (approx. 2 minutes)

Nelly is 100% correct. He points out that visiting the White House isn’t part of the job. And when it was said, “It’s a new day and a new President” as a way to say, I guess, that every player should go to the White House, Nelly pointed out that Tom Brady started this by skipping the visit to Obama’s White House.

“Tom Brady opened that box,” Nelly says. He then addresses the host’s idea of the team taking a vote as to whether they all will go or not. Nelly says, “Nah, you took that vote last year when you locked it out and said you (Tom Brady) weren’t going.”

I do not follow sports. Not even a little bit. Up until Super Bowl Sunday I had no idea what teams were playing (I didn’t even know it was Super Bowl Sunday until Mr. Pandora turned on the game). What this means is… a sports controversy has to be really big for it to end up on my radar. This pinged my radar, so my bet is that this story is big, and will probably get bigger.

I also had no idea, until Nelly told me, that Tom Brady had skipped the visit to the Obama White House – and I don’t care that he did. I don’t care that players are skipping this year’s visit either, but Trump will. This is the stuff that gets under his thin skin and eats him alive. He is the pettiest of men.