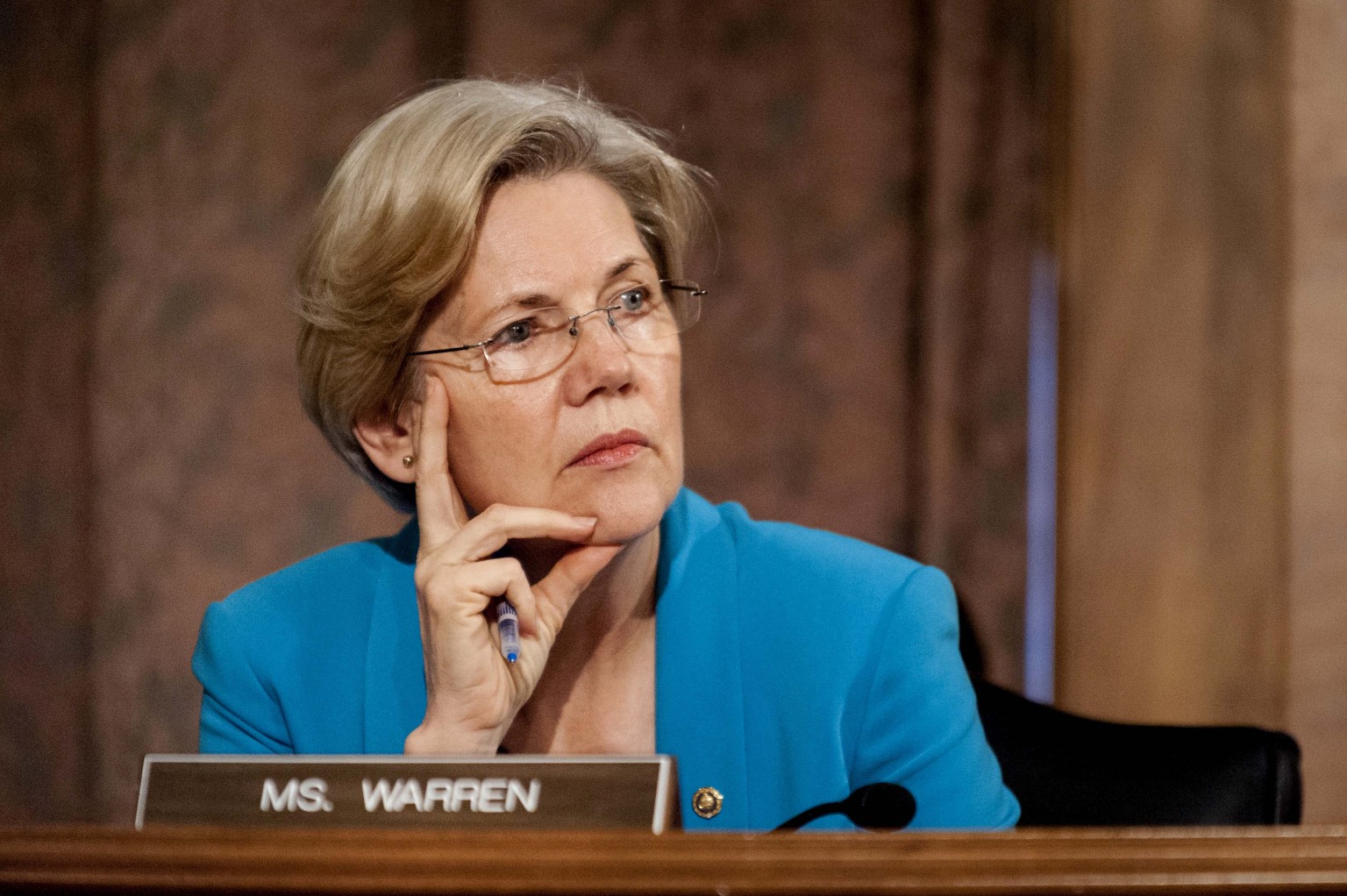 Oh, the optics on this one. If you had to explain the Republican party to an alien who’d just landed on earth this story would be the one to use. It has everything.

It would appear that the issue arose over Senator Warren’s reading of Coretta Scott King’s letter 30 years ago urging that Sessions not be confirmed as a federal judge because of his crusade against voting rights for people of color.

“The senator has impugned the motives and conduct of our colleague from Alabama,” McConnell mewled. “I call the senator to order under the provisions of Rule 19.”

Senator Daines was presiding at the time, and he warned her before McConnell took to the floor. Senators are due to vote on whether she violated the rule momentarily.

All of the objections they have appear to be around letters and utterances of others, whom Warren was quoting. In any other situation, this would not be a problem. But because Sessions is a Senator, there is a Rule which says “thou shalt not say bad things about one’s colleagues.”

Unless, you’re Ted Cruz who accused McConnell of telling a “flat-out lie” about the future of the Export-Import Bank in 2015. Then it’s A-Okay!

The optics – Oh the optics. White men telling a white woman senator and a deceased black civil rights icon (a woman, of course) to sit down and shut up. Did they think that would work? Well… they may have silenced Warren inside the senate chamber, but outside of it she had her say – to a much larger audience. Congratulations, Republicans. You just amplified her voice. You just made this a national story.

“They can shut me up, but they can’t change the truth,” Warren later told CNN’s Don Lemon.

Warren is now forbidden from participating in the floor debate over Sessions’ nomination ahead of a confirmation vote expected Wednesday.

“I literally can’t be recognized on the floor of the Senate,” she told Lemon. “I have become a nonperson during the discussion of Jeff Sessions.”

“She was warned. She was given an explanation. Nevertheless, she persisted,” the Kentucky Republican said on the Senate floor, delivering an instantly classic line — the kind liberals imagine being replayed ad nauseum in TV ads in a future presidential campaign.

SHE PERSISTED. Yep, those TV ads are going to be perfect. Persist and resist!

“I’ve been red- carded on Sen. Sessions, I’m out of the game of the Senate floor. I don’t get to speak at all,” Warren said.

Have I mentioned the optics? Yes? Well, how about Twitter? #LetLizSpeak has been trending.

“I will not be silent about a nominee for AG who has made derogatory & racist comments that have no place in our justice system,” she wrote.

In a follow-up tweet, she said: “I will not be silent while the Republicans rubber stamp an AG who will never stand up to the @POTUS when he breaks the law.”

And then: “Tonight @SenateMajLdr silenced Mrs King’s voice on the Sen floor – & millions who are afraid & appalled by what’s happening in our country.”

It didn’t end there. Senator Warren went to Facebook Live and read Coretta Scott King’s letter which had… over a million views in 35 minutes! Hope pulling that stunt was worth it, Sen. McConnell.

“Republican senators’ decision tonight to silence Coretta Scott King from the grave is disgusting and disgraceful. Mrs. King’s characterization of then U.S. Attorney Senator Sessions was accurate in 1986 and it is accurate now. He is as much of a friend to the Black community and civil rights as Bull Connor and the other Good Old Boys were during the Civil Rights Movement.”

That statement is gonna leave a mark.

In closing, I’ll leave you with Coretta Scott King’s letter:

I write to express my sincere opposition to the confirmation of Jefferson B. Sessions as a federal district court judge for the Southern District of Alabama. My professional and personal roots in Alabama are deep and lasting. Anyone who has used the power of his office as United States Attorney to intimidate and chill the free exercise of the ballot by citizens should not be elevated to our courts. Mr. Sessions has used the awesome powers of his office in a shabby attempt to intimidate and frighten elderly black voters. For this reprehensible conduct, he should not be rewarded with a federal judgeship.

I regret that a long-standing commitment prevents me from appearing in person to testify against this nominee. However, I have attached a copy of my statement opposing Mr. Sessions’ confirmation and I request that my statement as well as this be made a part of the hearing record.

I do sincerely urge you to oppose the confirmation of Mr. Sessions.