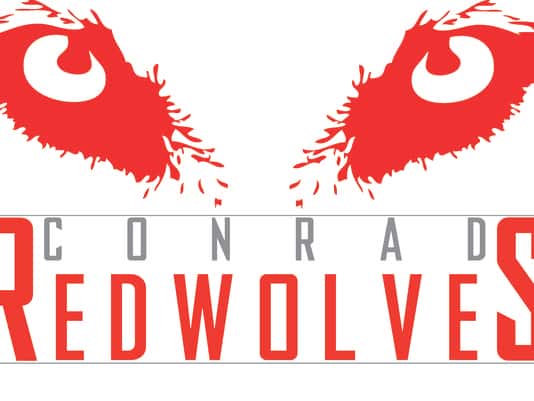 The Conrad Redskins will be known as the “Conrad Red Wolves” following a student vote to replace the controversial nickname.

Following the school board’s directive to select a mascot which would strengthen ties with local Native Americans, a 15-member, student-led committee requested and received feedback on the finalists from local tribes, Pruitt said.

Options included the Red Wolves, the Phoenix, and the Clippers.

Red Wolves got more than 84 percent of the student vote, garnering 782 votes, perhaps because it “has some swagger,” Nowell said.

But, of course there’s this…

The most vocal crowd that favored keeping the Redskins name were alumni of the Henry C. Conrad High School, who graduated long before the building was turned into a magnet school in 2007. Before that, in 1978, it had been turned into a middle school and the Native American face in the school’s logo was changed to the letter C with a feathered headdress drawn on it.

The name and logo was a way of honoring the Native American heritage in the area, some argued.

Um… no. It’s not a way of honoring the Native American heritage in the area. That’s some Kelly Ann Conway spin right there!