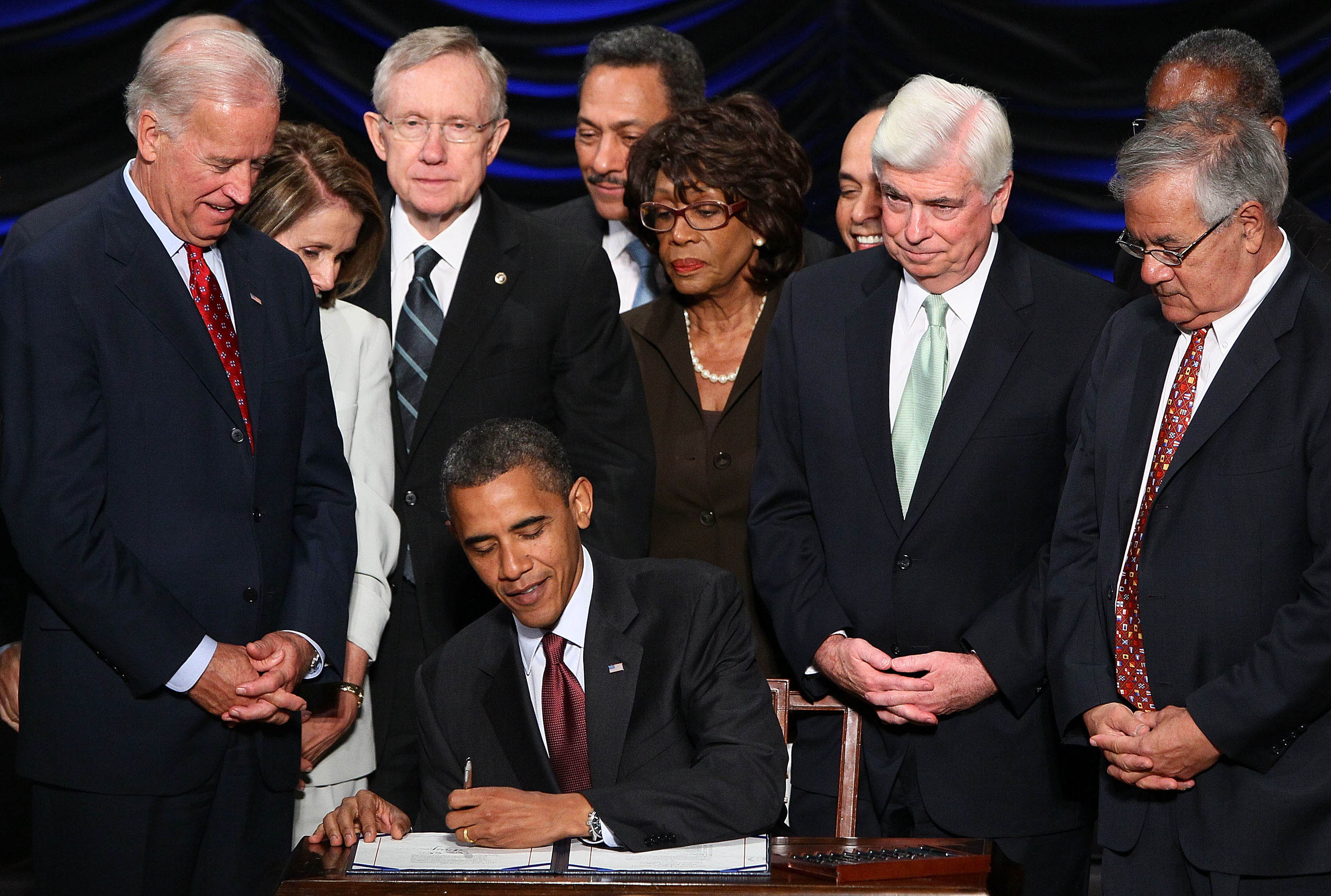 This is the serious looting, announced in what looks like a Friday afternoon news dump, that Trump will be looking to roll back as much of Dodd-Frank as they can.  This new Executive Order doesn’t roll it all back, but it does give the Treasury Department broad latitude in looking for ways to do just that — but mainly in the oversight guidance for banks and their behavior.

Dodd-Frank was meant to reign in the worst of banking behavior that crashed the economy in 2008.  That banking behavior took excessive risk on multiple fronts and when those bad risk bets came home to roost, taxpayers were on the hook for bailing them out.  In the meantime, taxpayers not only saw the value of (most of) our homes decline for awhile, but also access to credit scaled back (and existing credit scaled back) and job layoffs.  In the meantime, we were asked to bail out banks and the auto industry.  According to most trackers, the Treasury has gotten back most of these funds.  There were other costs as well, that we continue to incur. But many Americans are still recovering from this bank-caused crash.  Between catching up on employment, savings or recovering property value, much of the 99% are still recovering.

And now Trump — who campaigned specifically against Wall Street — has packed his cabinet with Wall Street (and other looting types) and they are getting ready to add to their coffers.  This time by just draining the US Treasury.  But Hillary gave speeches to Goldman Sachs, you should know.  I also remember people arguing with me when I noted that Trump was the 1% and would be doing their bidding.  Now I want you to tell me who exactly got fooled here.

Everyone who thought that populism was on the table and something that Democrats needed to replicate really need to sign over their retirement accounts and get to wondering in the desert.  And all of the people who voted for the GOP and this buffoon of a President need to put themselves on a List — a List who will be paying the bill for all of the money that these billionaires will be sucking out of the Treasury.

This is so disappointing to me — I argued to let these banks fail 8 years ago and we should have.  At least they wouldn’t be back trying to make the American Taxpayer into their risk backstop.  Many of us thought that bankers should have taken more than a few perp walks.  But between some long term weakening of the right divisions at the Justice Department and the early Obama Admin being convinced that legal attention could further damage weak banks, we were left with letting banks fix themselves with our money.  We were also left with powerful banks who really did not want to live with these new regulations.

And now Goldman is back in the drivers seat and they are determined to make sure that all of their risks are socialized to us.  They probably don’t pay much in taxes, either.  But I can’t imagine that this is what Trump voters thought they were getting.  Even so, Trump justifies this by saying that his friends can’t get loans.  Which means that his friends are likely bad credit risks or just plain bankrupt, because banks are certainly lending.

Banks are now bigger than they were in 2008, the have greater capital, they are even more systemic and Trump is getting ready to tell them to restart the risky behavior that crashed the economy before.

0 comments on “Let the Looting Begin”