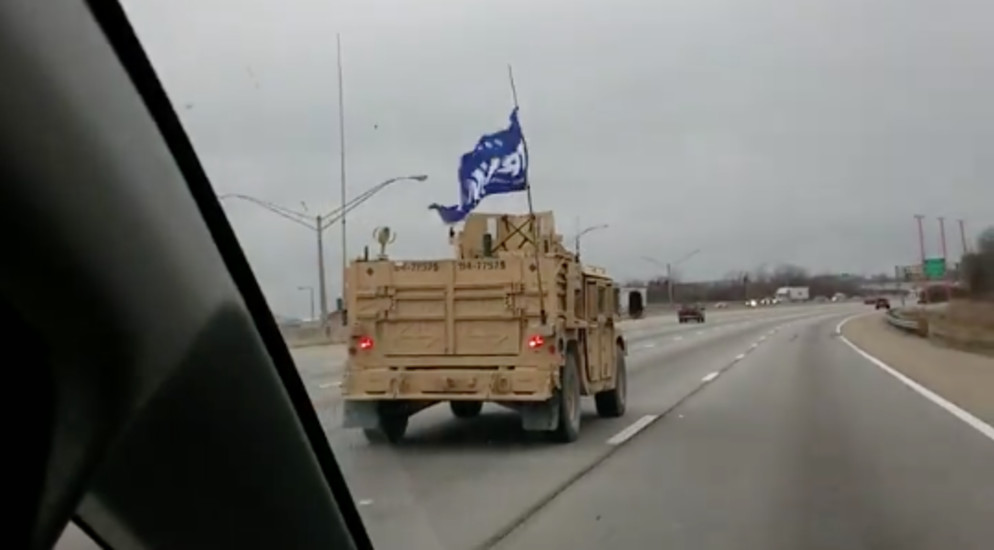 Those are Josh Marshall’s words describing this:

A convoy of military vehicles flying a Trump flag last weekend in Kentucky belonged to a Naval Special Warfare unit, according to multiple reports.

“Yes, it was inappropriate,” Maxwell told the publication. “It was unauthorized.”

Inappropriate? It’s far more than that. It’s extremely dangerous. The members of that convoy need to be removed from service – since they aren’t serving everyone and have demonstrated they are incapable of defending our entire country. Sorry, but I wouldn’t trust them to help me.

3 comments on ““Astonishing and Dangerous””