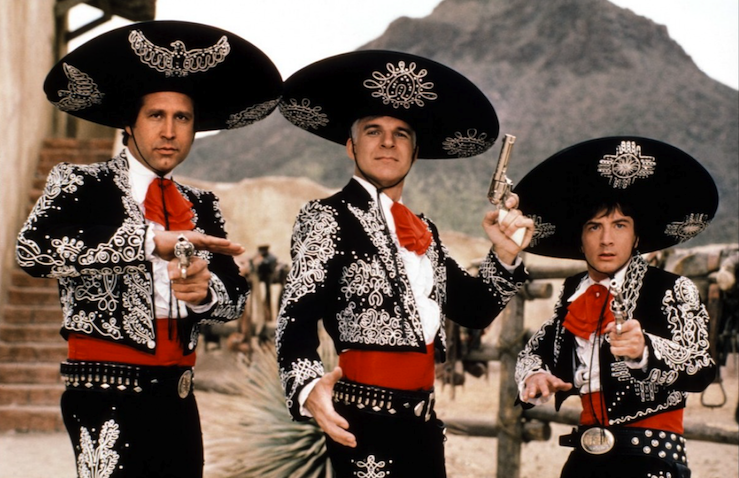 President Trump threatened in a phone call with his Mexican counterpart to send U.S. troops to stop “bad hombres down there” unless the Mexican military does more to control them, according to a transcript of the conversation obtained by the Associated Press.  Said Trump: “You aren’t doing enough to stop them. I think your military is scared. Our military isn’t, so I just might send them down to take care of it.”  Trump was also quoted by Aristegui Noticias saying: “I don’t need the Mexicans. I don’t need Mexico. We are going to build the wall and you all are going to pay for it, like it or not.”

Meanwhile, in Australia, “it should have been one of the most congenial calls for the new commander in chief — a conversation with the leader of Australia, one of America’s staunchest allies, at the end of a triumphant week,” the Washington Post reports.

“Instead, President Trump blasted Australian Prime Minister Malcolm Turnbull over a refu­gee agreement and boasted about the magnitude of his electoral college win, according to senior U.S. officials briefed on the Saturday exchange. Then, 25 minutes into what was expected to be an hour-long call, Trump abruptly ended it.”

“At one point Trump informed Turnbull that he had spoken with four other world leaders that day — including Russian President Vladi­mir Putin — and that ‘This was the worst call by far.’”

“The disclosure that Mr. Trump uses a prostate-related drug to maintain growth of his scalp hair, which has not been publicly known, appears to solve a riddle of why Mr. Trump has a very low level of prostate specific antigen, or PSA, a marker for prostate cancer. Mr. Trump takes a small dose of the drug, finasteride, which lowers PSA levels. Finasteride is marketed as Propecia to treat male-pattern baldness.”

Reporters fantasize about getting this kind of quote. https://t.co/p1OAcRAi0Y pic.twitter.com/nKem3gRpL6

Rick Klein: “So most members of Congress had no idea the travel ban was coming, but a handful of congressional staffers helped the Trump administration write it? And they signed non-disclosure agreements so they wouldn’t even be able to tell their bosses (members of Congress, and, ultimately, US taxpayers) about the side work? And everyone is OK with this?”

“The disclosure that staffers on Rep. Robert Goodlatte’s House Judiciary Committee worked alongside Trump aides on this order should be rocking Capitol Hill. It suggests that the administration was trying to work as quickly as it could and as quietly as feasible – a potentially troubling template for the future. If members of Congress aren’t troubled by this, they’re missing a big warning sign for the separation of powers.”

I think the anti-Trump protest movement has had far more effect than many on the left seem to think. (1/)

James Hohmann: “Engaging with the hypotheticals of counterfactual history is always fraught, but based on hundreds of conversations with voters across the country before and since the election, I believe it is possible that Trump would have lost had McConnell not kept Scalia’s seat open. The election was very narrowly decided, and many conservatives who live in the suburbs of Milwaukee, Philadelphia and Detroit found Trump odious but rationalized voting for him because of the court.”

“With the benefit of hindsight, we can now say more firmly that Barack Obama blew it by picking Merrick Garland last year. The former president naively tried to make Republicans an offer they couldn’t refuse by picking a milquetoast, pro-business, moderate, middle-aged white guy who he thought they’d accept, rather than risk Hillary Clinton choosing someone far more progressive. Clinton, to her detriment, was always cagey and evasive about whether or not she’d re-nominate Garland. That helped Republicans defang the issue.”

“While Obama was playing checkers, McConnell was playing chess. Liberal groups couldn’t get their followers ginned up for someone as bland as Garland. Conservative groups – which tend to be more strategic and better financed than their counterparts – mobilized more effectively. In stark contrast to the Republican convention, where SCOTUS was a buzzword, no Democrat mentioned Garland during the Democratic National Convention.”

This is from an American friend of mine working with the UN in Iraq. pic.twitter.com/a86pLqY67b

First Read: “A year ago, it was Senate Republicans refusing to even grant a hearing to Barack Obama’s Supreme Court pick, and Democrats complaining of obstruction. And now the roles are reversed: Senate Democrats are vowing to filibuster Gorsuch’s nomination, while Republicans are the ones demanding a fair hearing…”

“But here’s the reality of things in the U.S. Senate: 100% obstruction works, and the offending party pays almost no price. (You could argue that, in 2012, Mitt Romney paid a price for GOP obstructionism, but the senators and congressmen never did.) That’s how Republicans won in the 2010 and 2014 midterms, and how they’re on the brink of replacing Antonin Scalia with Neil Gorsuch — instead of Merrick Garland. And it’s why Democrats will probably dig their heels here, even if it will be difficult (if not impossible) to deny Gorsuch confirmation.”

Jonathan Chait: “Democrats have an extremely simple choice. They can make McConnell abolish the filibuster, or wait for the day when McConnell attacks them for doing it. It is McConnell, his extraordinary blockade tactic, who has functionally changed the rules of the game. He should be forced to do it in name.”

Ron Brownstein and Leah Askarinham: “The sharply polarized nature of Trump’s appeal—which has generated magnetic attraction for blue-collar and non-urban whites, broad opposition among minorities, and unusually high resistance among white-collar whites—has the potential to deepen this sorting process, analysts in both parties agree. The vividly contrasting voting patterns of 2016, with Trump posting big gains over Romney in heavily blue-collar House districts and Clinton improving over Obama in a broad swathe of white-collar districts, may have offered a fast-forward preview of how the House may evolve in coming years.”

“All initial evidence suggests Trump’s presidency—with its deeply polarizing approaches to immigration, trade, health care, climate, and foreign policy—will widen, rather than narrow, the fissures that emerged around in his election. That means for 2018 and beyond, each party’s electoral target list may grow increasingly focused on the members caught, in effect, behind enemy lines: the last few Democrats representing heavily blue-collar districts and the larger number of Republicans in mostly white-collar suburban seats.”

1. It's hard to shock me these days, but this did it https://t.co/RX7ehPJiHr

“Though Donald, 70, and his wife Melania announced in November that the first lady would relocate from New York City to Washington D.C. once their 10-year-old son Barron finished up the school year, a family insider reveals in the new issue of Us Weekly that may not happen.”

Said the source: “They will reevaluate toward the end of the school year if they will keep this arrangement or if Melania and Barron will move to Washington. They could go either way right now. They will ultimately do what’s best for Barron.”

That couple was headed for divorce right when Trump announced his presidential run.  It would not surprise me at all if they divorced in the White House, since Donald is that mercurial and insane.  More likely is that they will live apart.