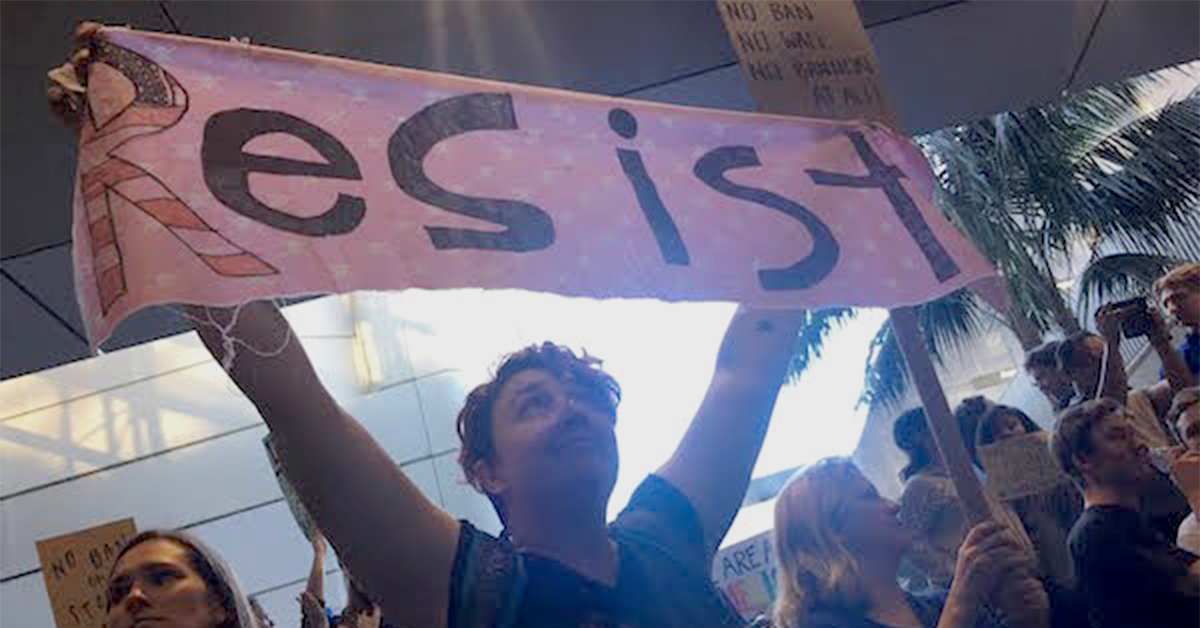 Have you noticed?  For the ACA protests, there were a number of rallies scheduled and while some of the more publicized events had good elected coverage, here in DE we had basically a meet and greet at St. Francis Hospital, where Senator Carper wanted to introduce Rep. Blunt-Rochester and the audience wanted to engage on why Carper voted against the Klobuchar phama amendment.  Then we go to the Cabinet nominees, where many Democrats went from “let’s go through hearings and decide” to NO.  Before all of the hearings were done.

Then there was the rush to support the Women’s March all over, which appeared to energize many Dem legislators.  And then there was the scramble to support this past weekend’s demonstrations at airports across the country.  I know that there are multiple efforts (and lots of resources to support) a sustained outreach to legislators.  From the calls I place, it sounds as though the folks who are answering are being ground down slowly.  No idea what mailrooms look like.

Still — I am a member of several action groups who are all calling, mailing, protesting, working on local legislative initiatives.  Dems seem to slowly be coming around to the clue that they need to be an Opposition Party, rather than a Minority Party.  The proof, of course, is when we get into the real meat of the legislative cycle, when we start dealing with budgets, banking regs and whatever they will want to do with the ACA.

The NYT took notice a few days ago and Kos (from The Daily Kos) provides this observation:

“The Tea Party didn’t really become a force until it started ousting Republicans it didn’t feel represented them. That’s clearly going to have to happen here,” said Markos Moulitsas, the progressive activist who founded the Daily Kos website. “Democrats either need to feed, nurture and aggressively champion the resistance, or they need to get out of the way in favor of someone who will. The usual rules no longer apply.”

Right?  I think that many Ds are hearing from constituents they don’t normally hear from.  And a bunch of those constituents are making pretty clear statements of the values they want their leadership to have.   Some Democrats are starting to listen, but you can definitely see how creaky the mechanism is for genuine leadership, opposition and principle.

If I was in Dem Leadership now, I would see this as a gift.  An opportunity to remind people that this President has no mandate, that Democratic ideas are still more popular, and get organized to remind people of that on the daily.  With the kind of approval ratings that Trump has now, it is a perfect time to sortie out and start hanging every bit of this mess around the necks of the GOP.  Any GOP.  Especially local ones.  If Howard Dean’s 50 State Strategy was still intact, this would be easy.  Perhaps the Dem Leadership gets its value now.

But Democrats all over are on notice.  As we see you out and about, we’ll ask you how you and the family are — and then we’ll ask what have you done to oppose the Trump Agenda — and represent US — today.