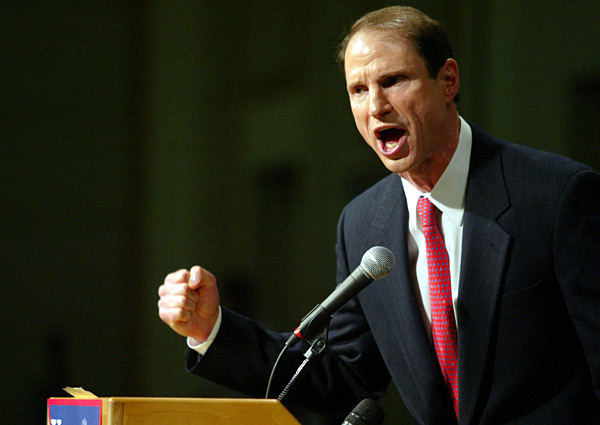 Or, we may be witnessing the growth of a spine.  From The Hill:

Democrats on the Senate Finance Committee boycotted votes to advance Rep. Tom Price (R-Ga.), Trump’s pick to head the Department of Health and Human Services, and Steven Mnuchin, his selection to head the Treasury Department. The pair had been among some of the more contentious selections to join Trump’s Cabinet. […]

Democrats walked out of the Senate Finance Committee hearing room, arguing that Mnuchin and Price misled senators in their testimony before the panel, and saying they could not allow a vote to proceed without more information.

“He misled Congress and he misled the American people,” Sen. Ron Wyden (D-Ore.), the top Democrat on the panel, said of Price.

Democrats said they wanted to bring Price and Mnuchin in for further questions, saying some of their statements did not line up with the facts.

“We have great concern that Chairman Hatch is asking us to vote today on two nominees who out and out lied to our committee,” said Sen. Sherrod Brown (D-Ohio).

The Senate R’s are apoplectic, of course, to be given a dose of their own medicine from the last eight years.