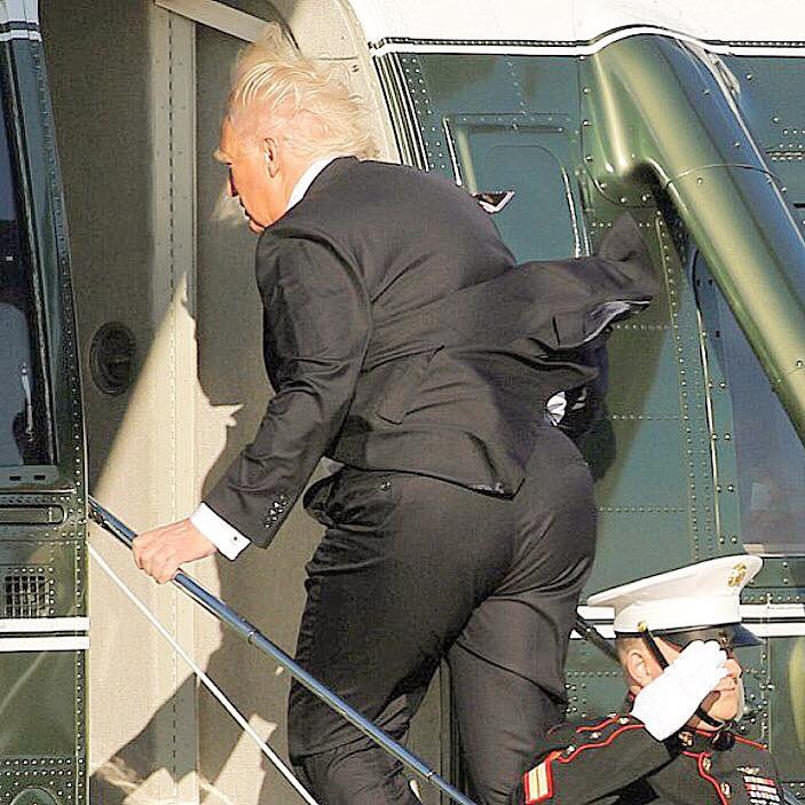 Eliot Cohen at the Atlantic: “Precisely because the problem is one of temperament and character, it will not get better. It will get worse, as power intoxicates Trump and those around him. It will probably end in calamity—substantial domestic protest and violence, a breakdown of international economic relationships, the collapse of major alliances, or perhaps one or more new wars (even with China) on top of the ones we already have. It will not be surprising in the slightest if his term ends not in four or in eight years, but sooner, with impeachment or removal under the 25th Amendment. The sooner Americans get used to these likelihoods, the better.”

The Dem Party is scrambling, and struggling to catch up to the anti-Trump wave. My piece tonight w. @aterkel https://t.co/AiWKOWFMgf

Jennifer Bendery of the Huffington Post says the Democratic Base is marching right past its leaders.

“This week, when progressive champions Elizabeth Warren (D-Mass.) and Sherrod Brown (D-Ohio) voted in a Senate committee to approve the thoroughly unqualified Ben Carson to head the Housing and Urban Development Department, there was little criticism from established liberal organizations in Washington. But the grassroots lit up ― blasting them on Twitter, Facebook, in calls to their offices, and in countless emails to Huffington Post reporters, asking us what on earth their one-time heroes were doing.

Warren clearly felt the backlash. “OK, let’s talk about Dr. Ben Carson,” she began a lengthy Facebook post on Wednesday.   That the votes came just days after millions poured into the streets in more than 650 women’s marches on Saturday made it that much more jarring. Those marches, after all, had not been sparked by Planned Parenthood, or the Democratic Party, or unions, or MoveOn.org, even if they did pitch in to help once it got going. Instead, they came from regular, angry people ― people who may try to replace the ones in power.”

“Republicans on Sunday showed signs of growing restiveness over President Trump’s refugee policy, in its substance and the confusion over the way it was carried out, including one prominent senator who said it served as propaganda for the Islamic State,” the New York Times reports.

Said Sen. John McCain (R-AZ): “I think the effect in some areas will give ISIS some more propaganda.”

However, Vox notes the vast majority of Republican lawmakers have stayed silent.

Aaron Blake says Republicans should be scared of repealing Obamacare, and this poll shows why.

“The Quinnipiac University poll shows that just 16 percent of Americans want Congress to repeal all of Obamacare, while 51 percent say it should repeal only parts and 30 percent say it shouldn’t repeal anything. This echoes other polling showing the Affordable Care Act rising in popularity and that full repeal has fallen out of favor — even as the GOP prepares to repeal the law one way or another.

Even more illustrative in the new poll, though, is this: Voters indicated they’ll actually punish those who vote for repeal. Quinnipiac asked them whether they would be more likely or less likely to vote for a senator or member of Congress who votes for repeal, and by nearly a 2-to-1 margin, they said less likely.

Mahershala Ali speaks out as a Muslim amidst immigration ban at #SAGawards pic.twitter.com/UINP3ehbiK

Josh Marshall: “It all comes down to a simple point. People do awful things out of fear and hate. The two frequently meld into each other in ways that make them hard to distinguish. But this move is driven by hate. It’s driven by feelings of aggression. It is not even engineered in a way that would be effective to address its stated purpose. If you are for draconian actions toward immigrants from a region in the grips of extremism and war, but also happen to be ferociously against immigrants from Latin America where little if any of these apply, maybe you’re just a malevolent person rather than security conscious. To be a true marquee war criminal takes more than just motivation. You need to be in the right place at the right time. A lot of the guys around Trump are the types who are just waiting for their moment.

For all the talk about ‘populism’, what really imbues this White House is nationalism. But not just nationalism in a general sense which can have positive, communitarian aspects. It is a hateful and aggressive nationalism based on zero-sum relationships and a thirst for domination and violence. These are dangerous people.”

Actress Julia Louis-Dreyfus describes the Trump travel ban as a “blemish” and "un-American” in her #SAGAwards speech https://t.co/qdr20Uaf5E pic.twitter.com/iuC48Qmg8Y

BuzzFeed: “The order ran into legal trouble almost immediately, with several federal courts and key Republicans pushing back in the 48 hours that followed. From here, federal district court rulings overnight Saturday are likely to be appealed, spurring a rolling series of legal debates about one of the first actions taken by President Trump.”

“And it’s about to get more complicated. Trump will now nominate a Supreme Court pick in the midst of a national debate over the powers of a chief executive who is drawing sharp criticism from Democrats and Republicans — including senators who will be holding hearings and voting on his nominee. That justice will provide a crucial vote on the highest-stakes cases in the country — and could wind up ruling on elements of the executive order.”

“At least three of the Republicans on the Senate Judiciary Committee — Sens. Lindsey Graham, Jeff Flake, and Ben Sasse — already have criticized aspects of the order.”

President Trump’s nominee for Treasury Secretary was untruthful with the Senate during the confirmation process, documents uncovered by the Columbus Dispatch show.

Playbook: “No matter what you think about this policy, it’s going to make life harder for Trump. First, it’s Trump’s biggest political blow since taking office. There are already a spate of legal challenges that will grab headlines for weeks. It’s splitting his party — only a handful of Republicans have spoken out against him but privately, a large number of GOP lawmakers are grumbling. If congressional Republicans were for this policy, they could pass legislation to codify it into law. They haven’t and probably won’t. They had no heads up from their president this was coming, and now they’re under pressure to defend this.”

Politico: “Now, what was meant as a bold assertion of presidential prerogative and a down payment on his promise to ‘eradicate radical Islamic terrorism from the face of the Earth’ has dealt President Trump his first political defeat, and energized his opponents after a week of demoralizing developments.

Saif Ali risked his life working for the U.S. in Iraq and was about to fly here. Now his visa is no good. https://t.co/ognHkFECMT

Jim VandeHei and Mike Allen: “We can’t stress this enough: Watch closely the specific, substantive moves of the Trump White House. Try to block out the white noise of outlandish statements and unforced errors, and the hyperventilating they provoke.”

“Otherwise, you miss the big — and in some cases, radical — changes coming our way. In fact, White House officials tell us they welcome what seem like needless distractions, because it allows them to jam through transformative, disruptive ideas and orders without focused public scrutiny of any particular item.”