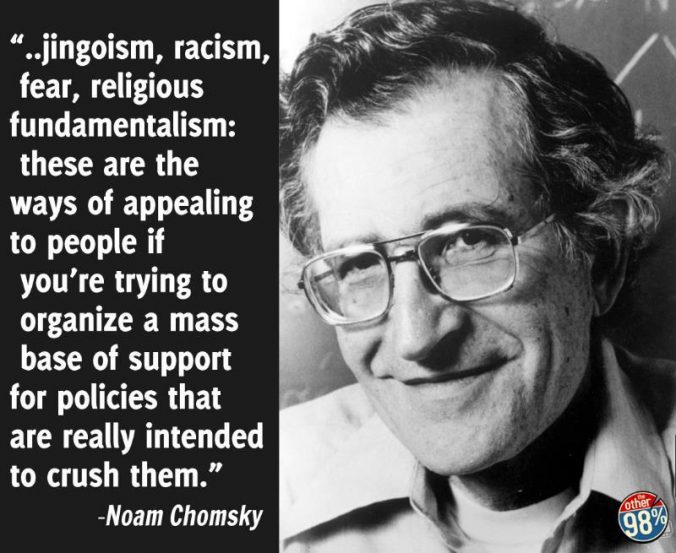 This definition alone is eerily similar to what is perceived as Trump’s positions on foreign policy. But, if you take into account the uses provided by Merriam-Webster, there is very little doubt it is one in the same.

Examples of jingoism in a sentence

When the war began many people were caught up in a wave of jingoism.

<his loudmouthed jingoism will not win us any foreign allies>

In the 1800’s, it was much easier for a president to have these absolute views on foreign policy. News and information took much longer to travel to our allies and enemies. There was also a difference between rhetoric and policy. What was in the news was not necessarily what the same as what the diplomats conveyed to the foreign leaders. In this age, the world is too connected and information can be transmitted instantly. Tweets become policy and insufficiently researched and inadequately explained executive orders go into action without the necessary vetting processes that are in place to prevent these exact type of things. Armchair/Twitter diplomacy is very dangerous. There is a reason that the process for instating foreign policy, and domestic for that matter, is arduous, lengthy, and thorough. It is a sieve by which oppression is curbed and wars are prevented.

Unfortunately, Trumpism does not adhere to these tried-and-tested procedures. Trump’s insistence on gut reaction policy making is not only dangerous, it is precedent setting and leads to reactionary response from affected states, as well as citizens affected at home. Having an aggressive world view is not a bad policy. Reagan, to an extent, utilized strong language to convey a point, but diplomacy to convey policy. His words were carefully chosen and the actors affected were aware of these statements, for the most part, ahead of time. Surprise is not an advantage in most foreign policy. Neither is absolute idealism.

Articulating belligerent and nationalistic views from a pulpit like the U.S. Presidency is not only a detriment to democracy, it is a match on the dry straw of global diplomacy. Once this fire is ignited, it will engulf the world with unrestricted speed and hunger. Civilizations are built on compromise and alliances. Once these do not exist, there is nothing left of order and civility. The United States has been the keystone in keeping the world order. American Presidents, whether conservative or liberal, have always been viewed as fundamentally cautious and balanced in their message and actions. With that constant stone removed, the global arch will begin to crumble and there is no democracy strong enough to step into that role. What we will get is a largely factionalized world were influence is based with regional strongmen and trade is done through unilateral relationships, creating an economy based on country groups instead of global standards.

It has only been ten days since Trump took office. If this is indicative of how he will govern in the long run, his words and actions will have far reaching, long lasting, and catastrophic effects on the nation and the world. Foreign powers, particularly those who are adversarial to us, often say that the power and influence of the U.S. President is overstated. As the last (less-than) two weeks has shown, that is far from the truth. Not only does the our President have global influence, he has global responsibility. This should not be taken lightly, or diminished, or disregarded completely for the sake of vanity, ego, or the need to feel respected and accepted. This job is not for the thin-skinned. It is for the broad shouldered and the morally superior. Morality, in this case, is not personal ideals, but the knowledge and will to do what is right and just for the world, not just one’s own sense of self worth. We’ve had a long ten days and a longer four years ahead. Let us hope that Jingo doesn’t bite the hand that feeds him/us and Mr. Trump learns that how he feels and what he believes means nothing anymore, compared to what is in the best interests of the country and the world.

3 comments on “Jingoism Through A Megaphone-Trumpism”