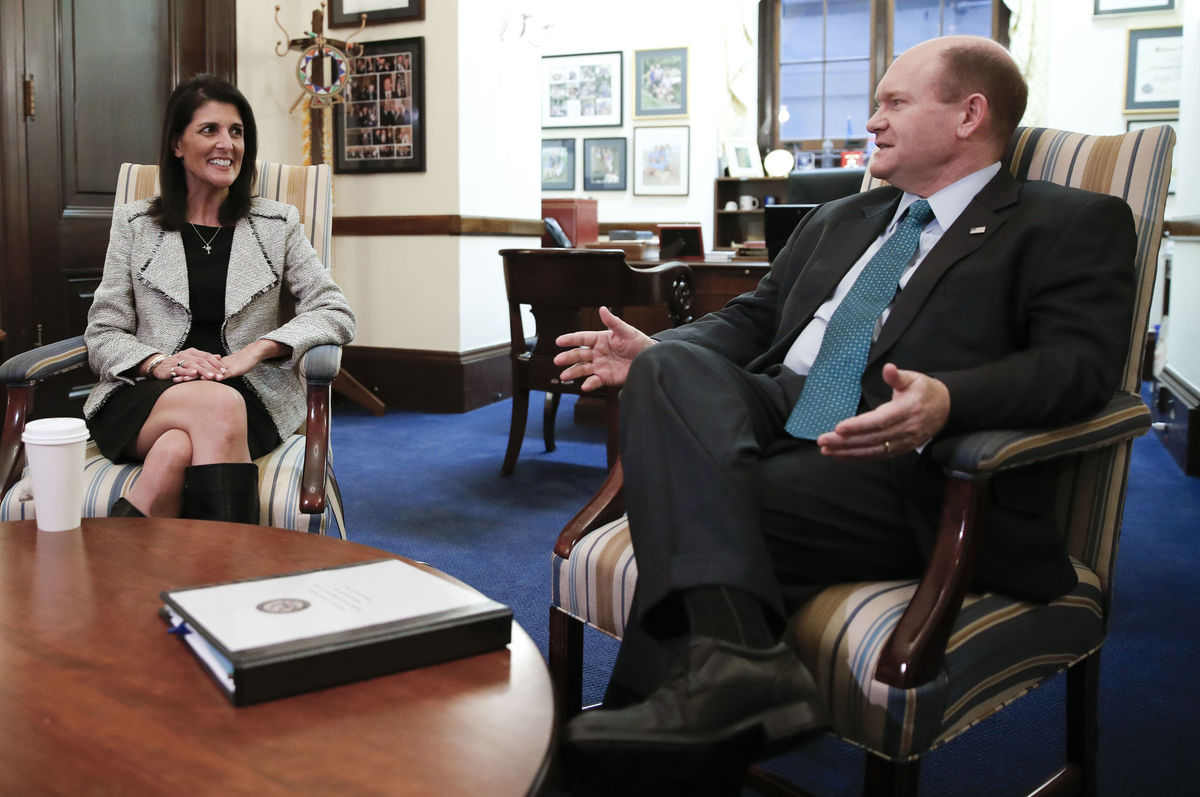 Foreign policy is Senator Coon’s love and focus in the U.S. Senate, and so far he disapproves entirely of President Trump’s proposed diplomatic team. First, with Secretary of State nominee Rex Tillerson.  Now with President Trump’s nominee to represent the U.S. at the United Nations, South Carolina Governor Nikki Haley.   Here is his statement:

“While I respect Governor Haley’s work as Governor of South Carolina, she did not convince me that she understands and embraces the foreign policy principles that the United States has championed over the past seventy years to serve effectively as U.S. Ambassador to the United Nations. The position of U.S. Ambassador to the United Nations requires a high level of expertise on international affairs, not someone who will be learning on the job. Should Governor Haley be confirmed by the full Senate, I look forward to working with her to make the U.N. more effective in advancing American interests and values.”

8 comments on “Coons is on Fire. Now Opposes Nikki Haley for the UN.”