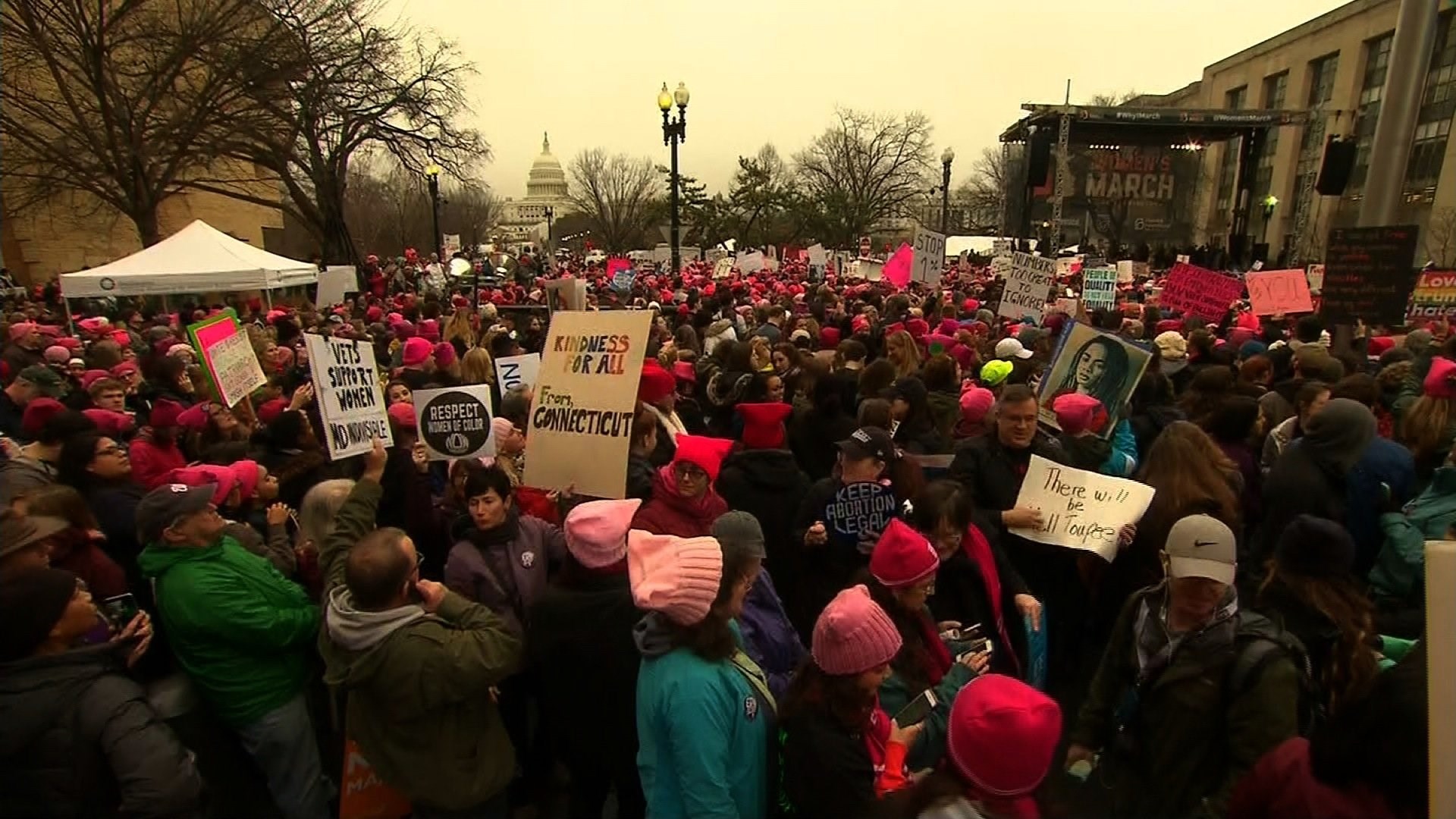 If you listened to Barack Obama’s final speech to the nation, you’ll recognize this as his last encouraging message to all of us listening.  I brought that back because yesterday’s Women’s March made me feel for the first time since November 9 that there is going to be another political chapter to fight for.

Just getting onto 95 at the Christiana Mall 6:30 yesterday was an astonishment — it was rush hour traffic on the southbound side with lots of buses heading towards DC. The Delaware Service Center looked like it might have been the alternate parking lot for RFK Stadium, there were so many buses stopped there. It was still dark, still misty and still foggy, but this was going to be an EVENT.

Traffic really slowed up approaching the DC Beltway and the exit to the Greenbelt Station was closed off; New Carrolton Metro was closed and we ended up parking at Landover to catch the Orange Metro into DC.  The train was good-naturedly PACKED (and got more packed at each station) and when we all spilled out at Capitol East, there was singing and chanting as we walked up to exit the station.

I can’t do the amazing crowd any justice — just that there was a sea of pink working its way past the Capitol towards the Air & Space Museum.  It was packed, wall to wall men and women and kids in pink hats moving towards Independence Ave.  We wouldn’t know until we got back to our bus that there were 500,000 people there.


We heard some of the speakers — Michael Moore, Van Jones, America Fererra, Rep, Maxine Waters, Cecile Richards, Sophie Cruz! and indulged in the energy of so many people who wanted to send a message about not retreating on women’s rights and a bunch of other issues.  We made new friends, complemented each other on signs, chanted, applauded, Said Their Names and called for organizers to Start the March.

So much empowerment and so many people who came out to remind each other that we do have the power.

Back on the bus, basking in the energy and finally having enough internet service to see the reports on not just the DC March, but all of them, we were just exhilarated, by the massive outpouring of so many voices around the world. But as we made our way back to Delaware, some of us started the conversation about what to do next — because all of this energy can’t just be a one-time thing. (A former Obama staffer writes on the importance of sustained action here.) On Sunday, the conversation continued in various groups where we organized for the March.

So what is next? There’s not one big thing, but there’s definitely a list:

And this list is not complete.  What would you add?

More importantly, what will you do?

NOTE:  I deleted the SwingLeft site since there may be issues with it.