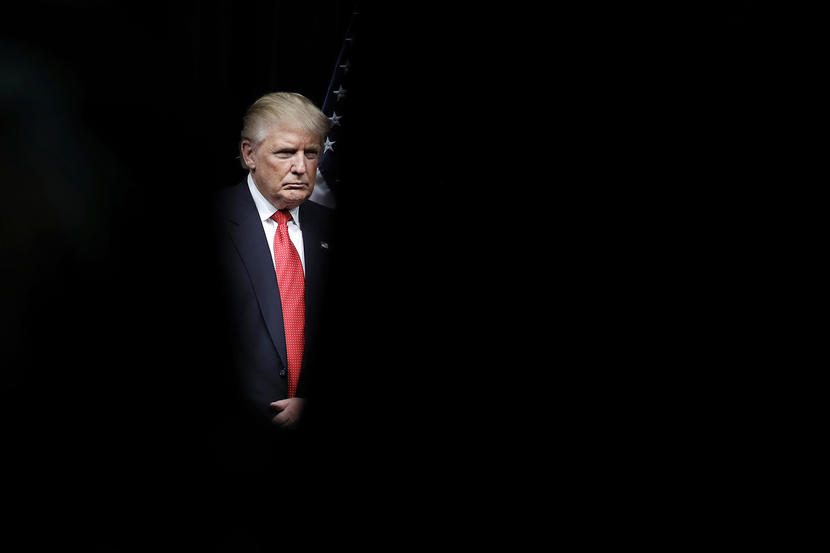 White House press secretary Sean Spicer on Saturday accused the media of misrepresenting the crowd at Donald Trump’s inauguration in order to dampen enthusiasm for the event, getting some numbers wrong himself in the process.

“This was the largest audience ever to witness an inauguration, period,” Spicer said with emphasis. “Both in person and around the globe.”

He accused the media of “deliberately false reporting” both with regard to photos of the crowd that were published as well as crowd estimates.

“No one had numbers. Because the National Park Service, which controls the National Mall, does not put any out,” Spicer said.

“These attempts to lessen the enthusiasm of the inauguration are shameful and wrong,” he added.

Spicer took no questions after delivering his remarks. [emphasis mine]

Of course, he took no questions. Trump sent him out to deliver a spanking. He also sent Spicer out to flat-out lie.

I get how this constant lying worked in the primary and the general. Bullying opponents lends itself to a he said/he said/she said dynamic. During that time, the press left countering Trump’s lies to his opponent (and shame on them for that).

But how does this work when he isn’t a candidate – when he’s president? Is he going to fight with everyone (that does seem to be the plan)? Trump does better going one on one with a rival, where he can personalize his attacks. How does he bully organizations, protestors and over half of the country effectively?

Sure, his hard core supporters will stand firm – they always do – but what about everyone else? How do you get people to believe that “This was the largest audience ever to witness an inauguration, period. Both in person and around the globe.” when they can see the truth?

The tongue lashing was puzzling to reporters at the White House. Previous administrations have focused their public statements on policy changes they hoped to enact in their earliest days.
But Trump and Spicer’s comments are a sign they plan to continue the same battle with the media they waged during the 2016 campaign.
“I’m here to tell you that it goes two ways,” Spicer told members of the media. “We’re going to hold the press accountable as well.”

It’s this pettiness, this lying about everything, the over-the-top statements, the blatant threats that spells trouble for the Trump administration. Good liars not only know how to lie, they know when to lie.

It’s also this creepy obsession with size. Freud would have a field day.