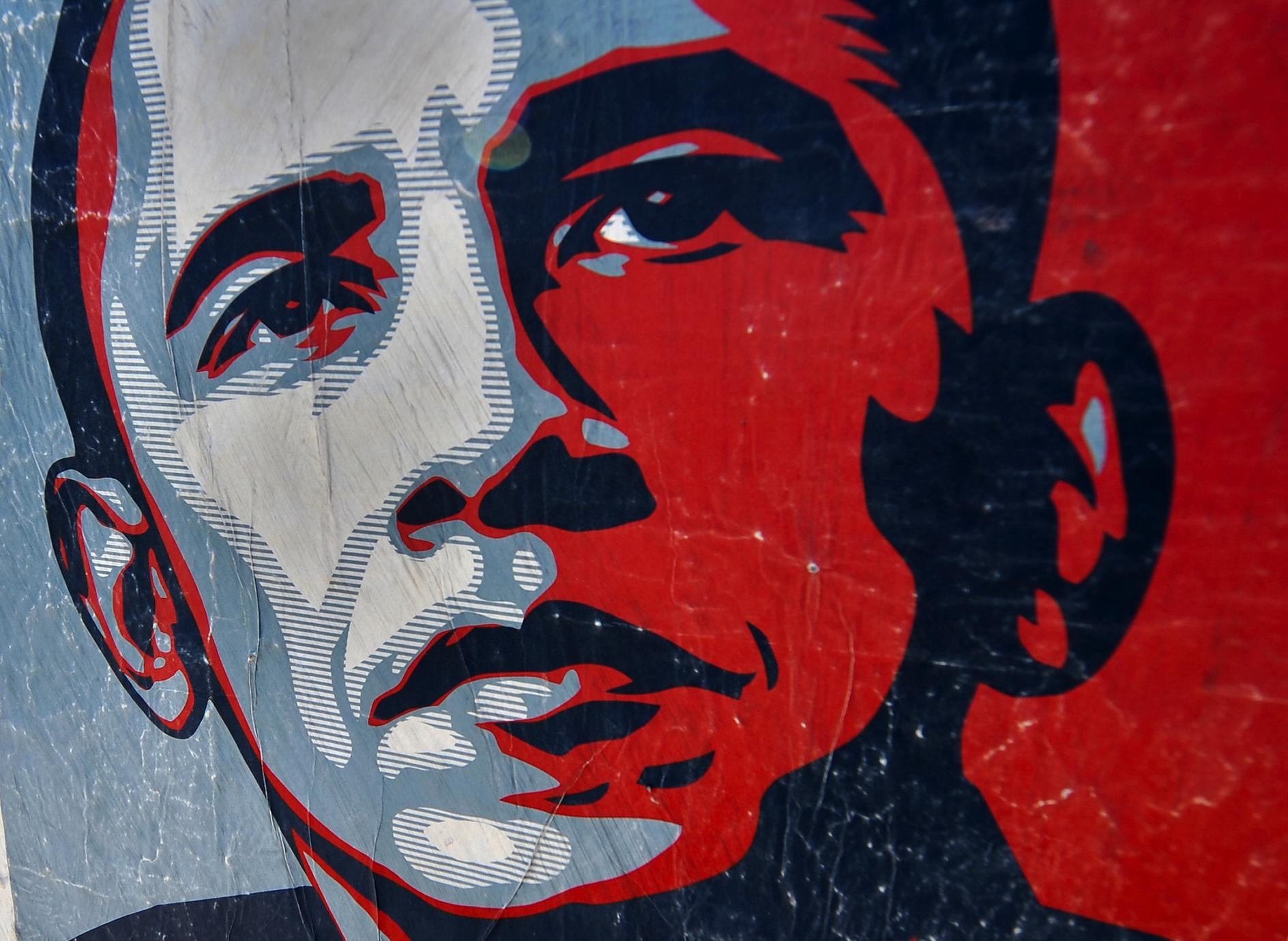 The Hill reports that the Trump Administration will seek to cut $10.5 trillion out of domestic spending over the last 10 years.  How?  By adhering strictly to a blueprint published last year by the conservative Heritage Foundation.

The proposed cuts are so draconian and far-reaching, they encompass nearly every government function that liberals care about.  At the Department of Justice, the plan would eliminate programs that aim to prevent violence against women, encourage community-oriented policing, and provide legal aid to the indigent. It would also drastically reduce funding the DOJ’s Civil Rights and Environment and Natural Resources divisions.  At the Energy Department, the plan would eliminate the Office of Energy Efficiency and Renewable Energy and Office of Fossil Energy, which develops technologies to reduce carbon emissions.  Two of the top State Department programs focused on climate-change prevention are marked for elimination.  The Minority Business Development Agency, the National Endowment for the Arts, and the National Endowment for the Humanities are all headed for the scrap heap. The Corporation for Public Broadcasting would be privatized.

Per the Hill, it’s unclear whether the plan cuts Medicare or Social Security — measures that would violate a campaign promise to maintain entitlement spending that Trump has reiterated in recent days. However, without significant cuts to those programs, and to Medicaid, it’s difficult to see how Trump could cut $10.5 trillion over 10 years out of the federal budget, which is the goal of his transition team’s budget blueprint, according to the Hill.

Booman is not concerned that liberal protestors in DC and elsewhere tomorrow and Saturday won’t have any unified message beyond Anti-Trumpism.

I don’t see this as a problem. What they agree on is that they don’t want this new president. Let them give us a thousand different reasons why. Protests in this country have never had a unified message, but we still call the marches against Jim Crow “Civil Rights Protests” and the marches during Vietnam “anti-war protests.” There were overriding themes and they stuck.

Protests tend not to accomplish anything right away unless they’re so menacing that the king wants to flee the palace. What happens more commonly is that they act as a great social networking event. Friendships and connections are made. People get organized. People get energy. We can do some of this with blogs and apps, but there’s nothing like people meeting likeminded people in the flesh.

So, the real story of the Pussyhat Revolution tomorrow won’t be in what gets broadcast on television. It will be what happens on the ground, on the subways, in the hotel lobbies and bars, as people come together to mourn and to share their fears, and to find their resolve.

Jonathan Chait says Trump Is Not Obama’s Legacy. Trump is the Legacy of Anti-Obamaism.

Trump does say something important about the Obama years. But what he says is something very different. Republicans have spent eight years insisting Obama holds some or even all the blame for their refusal to negotiate with his policies. Why would a party that once advocated Keynesian stimulus and an individual mandate and cap and trade come to denounce all those ideas as ruinous socialism? The explanation offered by conservatives, and taken seriously by many fair-minded observers, held that the party had undertaken a serious process of ideological self-evaluation. Republicans had simply embraced deep-seated beliefs in stringent fiscal conservatism, Constitutional absolutism, and the principles of limited government.

The rise of Trump shows how false that explanation rings. Here is a candidate who makes a mockery of all those alleged principles. Trump reveals that the backlash against Obama was exactly what liberals said it was, racialized hysteria against social change, and that no negotiating strategy or policy concessions could have calmed the rage on the right.

Obama produced a tremendous amount of progress in spite of a backlash he could do nothing to stop. And he will leave the White House with peace and prosperity and an approval rating hovering around 60 percent. Trump belongs to the right. He is a product of the backlash against Obamaism, and the personal and ideological antithesis of the urbane, intellectual, sober, empirically minded 44th president. Trump is related to Obama only in that he is the perfect incarnation of the rage, bigotry, and ignorance that defined his opposition.

“Writing a letter to the next commander-in-chief has been a tradition for outgoing presidents.”

“As Barack Obama prepares to hand the baton to Donald Trump, ABC News has obtained an exclusive look at the missive he received from his predecessor as well as the note from Bill Clinton to George W. Bush in 2001.”

Playbook: “What’s clear as Donald Trump takes the White House is that he’s not only on a different page than most elected Republicans in Washington, but is reading from a completely different book. Two easy examples: he said he wants health insurance for everyone — sounding more Bernie Sanders than Paul Ryan — and then dumped all over the complex but key border adjustment provision in the GOP’s tax reform plan. But the message dissonance is in stark contrast to a flurry of behind-the-scenes meetings and nearly daily contact between congressional leaders and the president elect and his team. The basic message, according to Hill and Trump World sources: Don’t get too spun up about what Trump says and tweets on any given day.”

Said one key Republican: “Folks just need to calm down. We’re not flying blind here. The president-elect is going to express himself in all sorts of ways but you have to understand that he and his team are talking to Hill leaders about these issues every single day. And all of our conversations are moving us closer, not apart.”

“The most serious concerns surround personal investments by Trump’s health and human services nominee, Rep. Tom Price (R-GA), in health-care firms that benefited from legislation that he was pushing at the time.”

“Additionally, Rep. Mick Mulvaney (R-SC), Trump’s choice to head the Office of Management and Budget, has acknowledged during his confirmation process that he failed to pay more than $15,000 in state and federal employment taxes for a household employee.”

“And Commerce Department nominee Wilbur Ross revealed that one of the ‘dozen or so’ housekeepers he has hired since 2009 was undocumented, which he said he discovered only recently. The employee was fired as a result, he added.”

Politico: “John McCain said on Wednesday evening that he remains undecided about supporting the secretary of state hopeful’s nomination, an adjustment from his stance earlier this week that he is leaning toward support the former ExxonMovilCEO. McCain, along with Sens. Marco Rubio (R-FL) and Lindsey Graham (R-SC), could cause major trouble for Tillerson’s nomination if they all come out against him.”

Meanwhile, Steven Mnuchin, President-elect Donald Trump’s nominee to lead the Treasury Department “initially failed to disclose his interests in a Cayman Islands corporation as well as more than $100 million in personal assets,” the Washington Post reports.

A new CNN/ORC poll finds that 49 percent of Americans favor Obamacare, while 47% oppose President Obama’s signature healthcare legislation. The poll marks the first time more people have said they favor the healthcare law than oppose it since it passed in 2010.

Larry Sabato: “Truly, has there ever been as dramatic a contrast between outgoing and incoming chief executives as Barack Obama and Donald Trump? Actually, yes: the refined John Quincy Adams and the rough-hewn populist Andrew Jackson despised each other. Jackson believed he had been cheated out of the White House by a corrupt bargain during 1824’s House of Representatives “run-off” that installed Adams as president. Jackson spent four years making sure that wrong was righted on Inauguration Day 1829.”

“Other jarring transfers of power surely include the ones between the timid, indecisive James Buchanan, doing nothing while seven states left the Union, and Abraham Lincoln, who saved the Union in a bloody civil war (1861); the scholarly, erudite Woodrow Wilson and the tawdry, careless Warren G. Harding (1921); Herbert Hoover, a great humanitarian but hapless president, and Franklin D. Roosevelt, who gave people hope and sustenance through the depths of the Great Depression (1933); and Jimmy Carter, tortured by a bad economy and the Iranian hostage crisis that persisted to the moment of Ronald Reagan’s oath-taking in 1981.”

Rick Klein: “A president-elect without any apparent fixed ideology would have himself a Cabinet full of ideologues – at least according to the Democratic strategy to define them. Rather than focus their energy on sinking one or two Trump nominees, to make a statement about their potential power even in the minority, Senate Democrats have used a scattershot approach that involves going deep into briefing books on virtually all of his picks. At Education, Justice, the EPA, Health and Human Services – point by point, the focus has been on how nominees would stray policy from the mainstream. (Energy, with Rick Perry’s hearing Thursday – after reports that he thought he’d be in charge or oil exploration, and is only now learning about the nuclear stockpile – might offer a twist on this script, but not much of one.)”

“Yet with only 48 Senate votes, Democrats are unlikely to block any nominee unless questions of ethics or financial irregularities make confirmation untenable. That makes this a battle for the long haul, going at the ideological underpinnings of the incoming administration. It may pay off. But it may also misunderstand the source of Trump’s power: His base gravitated to him despite his ideology, not because of it.”

From The New York Times Editorial Board tribute to President Obama: “Americans will miss Mr. Obama’s negotiating skills on tough issues and the dignity and character that he and his family brought to the White House. Beyond that, they will also miss an impassioned speaker whose eloquence ranks with that of Abraham Lincoln. The way he has defended the founding precepts of the United States while also arguing that those precepts have to be broadened to achieve a new inclusiveness has been especially striking, as have his remarks delivered at moments of national tragedy.”