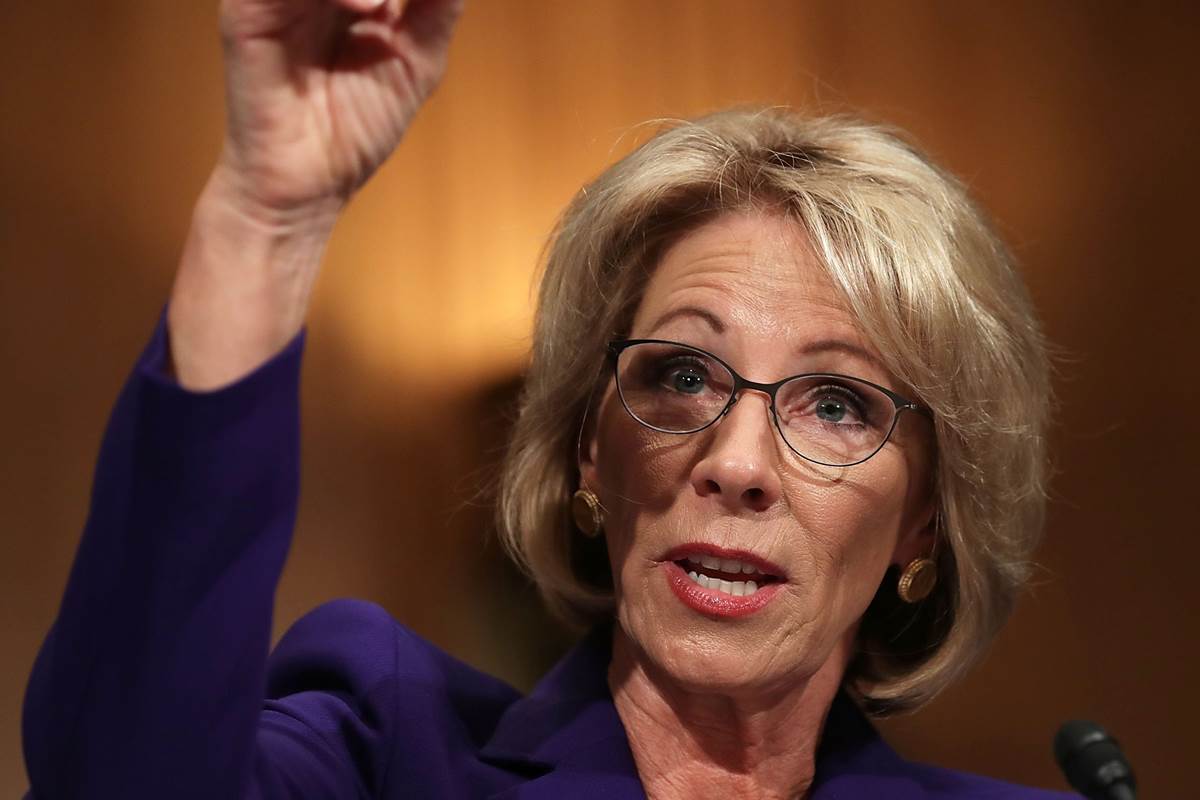 There’s a lot to get through here. We’ll start with the basics.

One of the biggest debates in education and standardized testing is whether we measure for proficiency (meeting a benchmark) or growth (progress made). This is basic education debate. B.A.S.I.C. And Betsy DeVos has no idea what these words mean. That disqualifies her immediately.

If you watched the video above you’ll see that DeVos has no idea what she’s talking about on a number of education issues.

So many of her answers stunned me. Here’s a synopsis. (Via: Yahoo and h/t to Steve Newton for drawing my attention to this article through his FB post!)

That’s quite a list. Looks like she’s open to lowering federal funding of public schools, not too concerned about sexual assault on college campuses, is all for for-profit colleges and…

Of course, I think she’s focusing on letting charter schools off the hook when they deny admittance to children with disabilities, because that’s a big part of the secret sauce of successful charters. The one thing you know about charter school advocates like Betsy DeVos is that all roads lead to charters and privatization, because no one who truly cared about children would so cavalierly dismiss children with disabilities.

The truth is she hasn’t studied education and doesn’t know a damn thing – other than getting her and her associates hands on all that education money. There’s your next financial bubble, folks. Once again, we’ll follow the money once this blows up.

I’ll leave you with this gem:

DeVos also said she believed states and local governments should be able to decide whether to allow civilians in schools to be armed. When pressed on that by Sen. Christopher Murphy of Connecticut, she explained that in a rural school in Wyoming, for example, “I would imagine that there’s probably a gun in that school to protect from potential grizzlies.” She added that her “heart bleeds” for victims of gun violence.

Grizzly Bears? She cited grizzly bears – with a straight face. That’s her reason why civilians in schools should be armed? Are alligators the reason in Florida? Scorpions in Arizona? If she really believes this nonsense, then may I suggest a building a wall?

6 comments on “Betsy DeVos Is Not Proficient, Nor Does She Show Capacity For Growth”