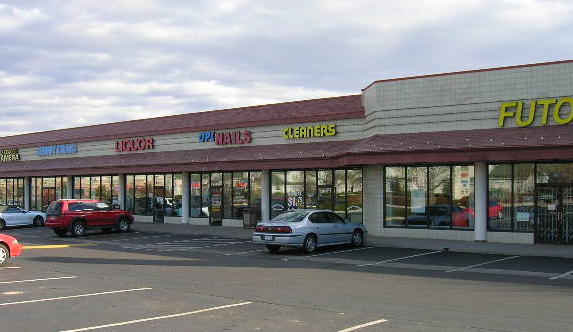 I realized as I wrote the title of this post that I might have answered my own question. I have no idea how malls are faring. I haven’t stepped foot inside a mall (Concord, Christiana, Fairfax Shopping Center, Meadowood Shopping Center, Prices Corner, etc.) in almost two years. I’ve been to Kohl’s three times in the last two years, tho – does that count?

The slow death of the American shopping mall is not evenly distributed. A disproportionate number of recent high profile store closure announcements have been in communities that are already struggling. It’s creating a retail Rust Belt. This version of the Rust Belt won’t be as easy to wrap up into a political platform as the manufacturing Rust Belt, and creates different types of challenges for the communities impacted.

The bad news for physical retail seems to come in waves, and last week was a particularly bad one. Macy’s announced another round of store closures. Sears did as well. The Limited announced it was closing all of its brick and mortar stores to focus on its online business. This is all happening in an overall reasonably good economy, with an unemployment rate below 5 percent and accelerating wage growth. The next recession, whenever it comes, is likely to produce a “shock and awe” moment for malls and physical retail.

If stores are closing in certain communities in an “overall reasonably good economy” then I question Conor Sen’s theory. I’d say it has to do with specific stores rather than the mall that houses them. I know people that will drive for 40 minutes to shop at Trader Joe’s, Bed, Bath and Beyond, or Wegman’s – and I have my theories as to why.

Yes, a big part of this is online shopping. I’d estimate that 95% of my shopping is online, mainly because I can purchase exactly what I need. I don’t have to worry about driving to a mall, fighting to park, and the lengthy trek to the mall entrance across an ugly parking lot, only to find out that what I went there for is out of stock, isn’t the right size, or the promoted “sale” excludes the item I wanted. If you see me at a mall, chances are there was a household emergency – like the coffee maker died. I need my coffee!

I’ve even taken to ordering certain groceries online – the big bulky items (drinks, toilet paper, paper towels, etc.) that are a pain to carry, along with cleaning supplies and things like granola bars, pasta, soups, etc. which last a long time. Now, when I go to the grocery store I shop the perimeter – produce, meats/fish and dairy. It’s so much easier. And faster.

Where I’m heading with this is that I don’t think it’s the malls. I think it’s the dismal stores on offer – and I’d bet the people in these suburban communities with failing malls (that are really unwelcoming and lack character, to boot) drive past those malls to shop elsewhere. And where they’re shopping is the key. Sure, they may be like me and hit Amazon far too often, but when they’re dashing out to the store they’re bypassing their local mall. Let’s face it, once you have to drive somewhere, it isn’t really a big deal to add 5 or 10 minutes to your trip.

The big department stores strike me as dinosaurs on their way to extinction. Macy’s, Boscov’s, Sears, Penny’s, etc. lack focus. Today’s shoppers seem to veer towards two types of stores: Specialty stores like Bed, Bath and Beyond, Anthropologie, Sephora, or stores like Target and Walmart that offer everything – apparel, housewares, a drug store and food. Add given the size of department stores, it’s no wonder our convenience society doesn’t want to waste time getting to the Housewares Department – which will hopefully (fingers crossed!) have the coffee maker we need.

Conor Sen writes about dying malls the same way people write about food deserts in poor neighborhoods. But they aren’t really the same. Dying malls exist due to its surrounding community making choices not to shop there (because the majority of lower to middle income people are still shopping, they just aren’t offered the stores they like.) while food deserts aren’t due to the communities choice – they don’t have a choice; most don’t have a car. That’s where there is actually a problem.

The way they are the same is due to capitalism. Stores close if people don’t shop there. It’s that simple. And there are plenty of stores that cater to lower and middle class people. Open a Target in one of these dying malls and see what happens, if you don’t believe me.

And isn’t it really the Targets and Walmarts that have hurt these malls? Isn’t it their appeal of “one stop shopping” and “lower cost” that has people choosing them over malls? Aren’t these stores the ones that have taken customers away from malls? My guess is yes.

He goes on to point out:

These store closures aren’t being evenly distributed. Companies are keeping, even investing in, their most vibrant and profitable stores, which tend to be in wealthy communities. It’s the least profitable ones, oftentimes in stagnant, lower-to-middle-income suburban communities, that are being shuttered.

The loss of big box stores and eventually malls means a loss of social and communal space for communities at a time when there are fewer and fewer social ties between us.

First, other than teenagers hanging out and retired people using the space to power walk, who uses a mall as social and communal space? I have never gone to a mall and thought, “What a great way to be part of the community and socialize!” Have you? I usually entered a mall ticked off at all the idiot drivers in the parking lot while estimating how quickly I could leave and hoping they had enough cashiers to make my experience short. That’s probably my problem, but going to a mall = frustration in my book. It’s a “have to” not a “want to”.

As far as his claim that high end stores are thriving, I wondered where they were located…

A walk through Midtown Manhattan or Union Square in San Francisco would suggest that physical retail is not going away, but its new iteration does not give much hope to a lot of communities in the process of losing their malls.

There’s a key word in that sentence. Walk. Foot traffic is a malls life’s blood. Walking past a store is very different than driving to a store. Walking past a store means you’re already there, and I’d bet it leads to increased impulse buying. The same thing goes once you’re inside a mall – walking past stores you hadn’t planned on entering.

He goes on to point out:

The emerging form of physical retail is “experiential retail,” as has been built at Santana Row in San Jose, California, or Avalon in Alpharetta, Georgia. It tends to be high-end development with a mix of uses including residential, dining, shopping and perhaps some office or hotel space. It’s great for the communities that can afford it, but chef-driven restaurants and a handful of luxury boutique shops don’t make economic sense most places.

Know what he’s describing? A city. A place where people live, work, shop be entertained, and eat without needing a car. There’s your “social and communal space for communities”.

How we live and shop is changing. Anchor stores are no longer anchors – they are simply inconvenient obstacles that we maneuver through to get to Williams-Sonoma. For myself, I know that when I use to go to the mall I’d always park near an entrance that didn’t make me walk through a department store to get to where I wanted to go. I’d already made my choice and the anchor store wasn’t it – it just slowed me down. BTW, there always seems to be plenty of parking at the Sear’s end of Concord Mall. Why is that? (I know the answer. People are still doing what I did.)

And smaller malls (as well as some larger ones) were designed to be driven from end-to-end, not walked. That’s a problem, because once you get back in your car how likely are you to drive to the other end of the mall, park, get out and go to another store? Be honest, how many times have you blown off that stop in order to just be done?

Malls aren’t dead, but unless they change many will be. Shopping has become more targeted, more specific. Malls need to adapt to what shoppers want. This isn’t a crisis. It’s an out-date business model. But there is a model emerging in high end communities – the city model. My bet is that this model will spread like technology – Like how a Virtual Reality system is out of most people’s price range now, but in a few years everyone will have one.

The truth is: Once you get in your car to go shopping you have choices. And shoppers are making them.

18 comments on “Are Local Malls Dying?”