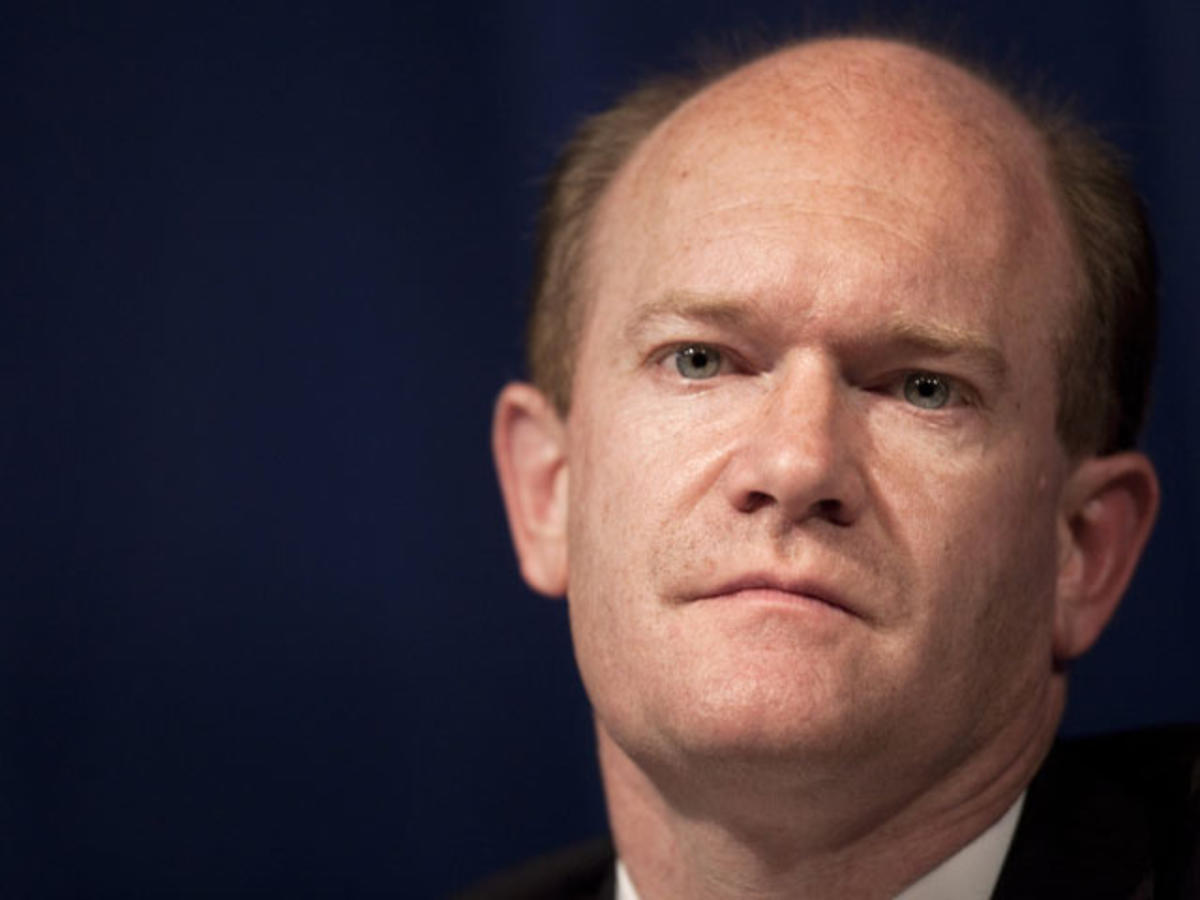 “I am concerned that Senator Sessions’ record as a prosecutor and an elected official demonstrates that on too many occasions he did not take action when there was an opportunity to stand up for the vulnerable, promote civil rights, or advance justice.” 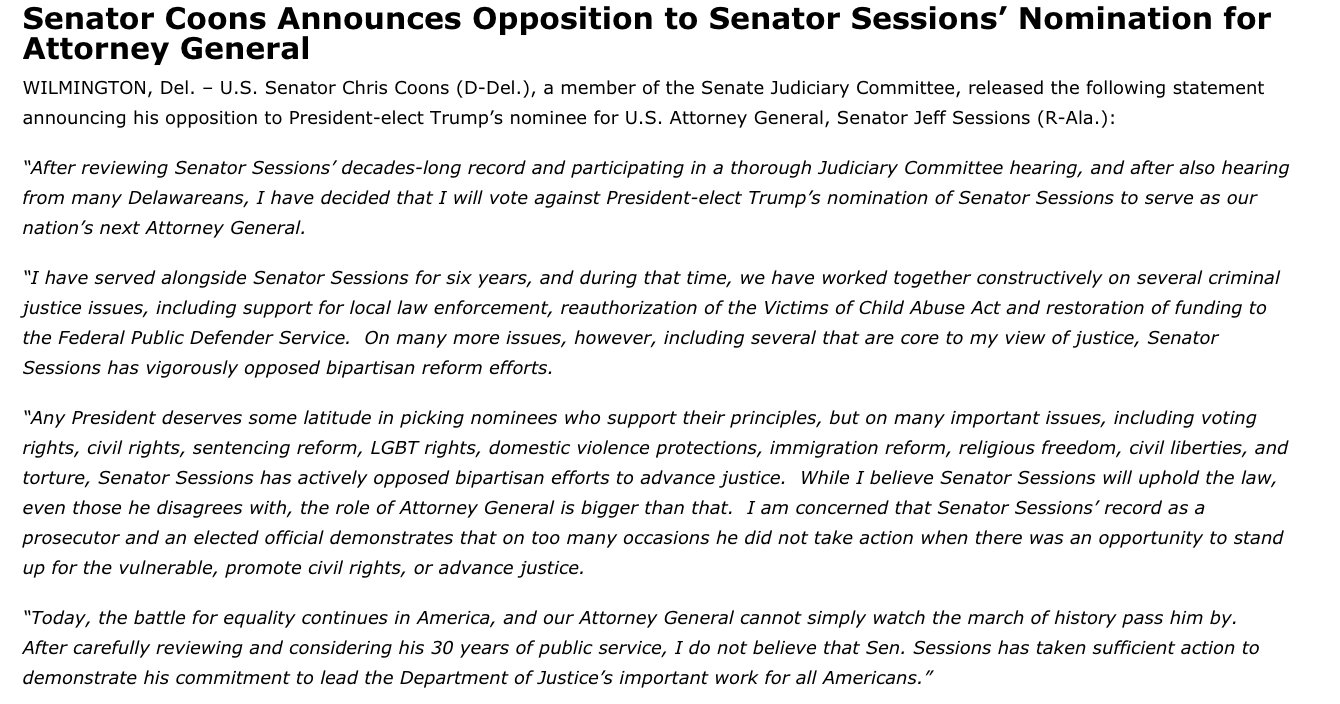 My statement announcing my opposition to Senator Sessions’ nomination for U.S. Attorney General:

2 comments on “Sen. Coons Is A No Vote On Sessions”